Avenue of the Arts celebrates 10 years 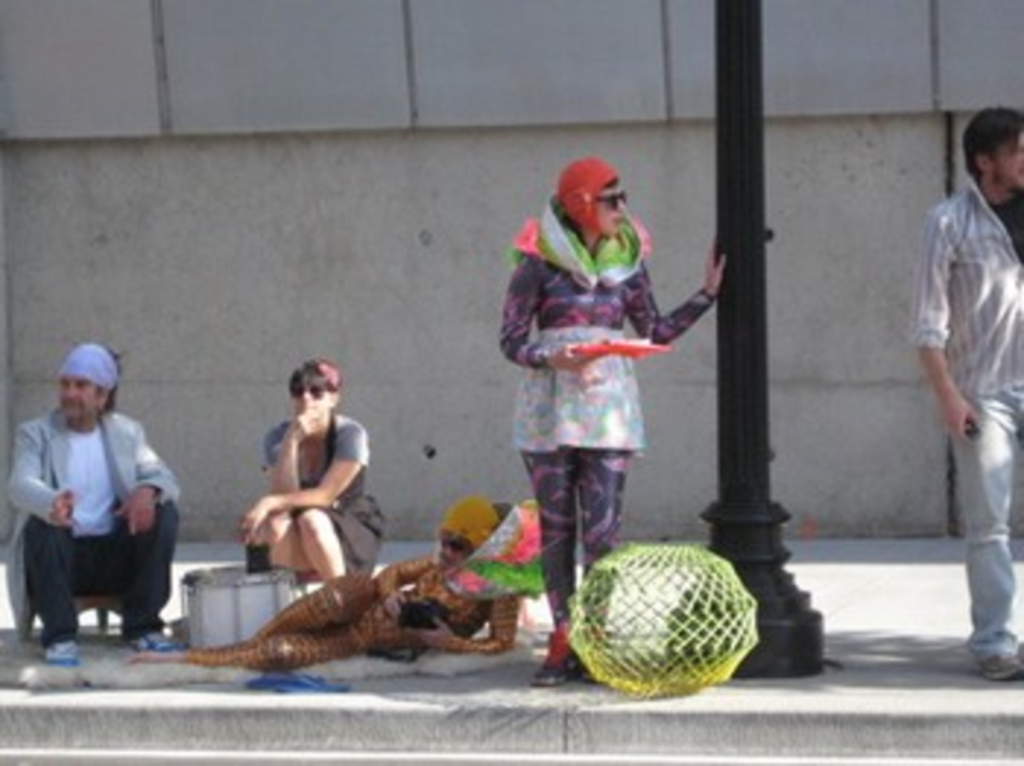 “Look, look, look!” Porter Arneill said excitedly, standing at the corner of 12th Street and Central Avenue, pointing at a crowd just outside the Folly Theater. “There’s people on the street in downtown Kansas City!”

The street scene downtown was more animated yesterday afternoon, as the Avenue of the Arts celebrated its 10th anniversary with an unveiling of new temporary installations lining Central Avenue. Arneill, Kansas City’s Public Art Administrator, buzzed between groups of appetizer-eating, wine-sipping spectators, eager to congratulate him on the longevity of the program.

Over the past 10 years, Arneill told me, the program has showcased 60 different local artists, many of whom have used their $5,000 city grant and the Avenue’s public exposure to launch bigger and better-paid projects. To mark a decade of turning heads with sometimes bizarre and always eye-catching art, Arneill explained, this year’s fare is a little different. Along with the work of new artists, like Matthew Farley (the maker of the recycled-bottle sculpture on the University of Kansas campus), the Avenue is being revisited by past favorites, such as Peregrine Honig’s “Moo Cow.” It’s also the first time a performance piece, Mark Southerland’s “Wee Snuff the New Nomads,” was selected.

Though not all the installations are quite finished yet, a sizable crowd showed up for the opening yesterday. Click here for a slideshow.