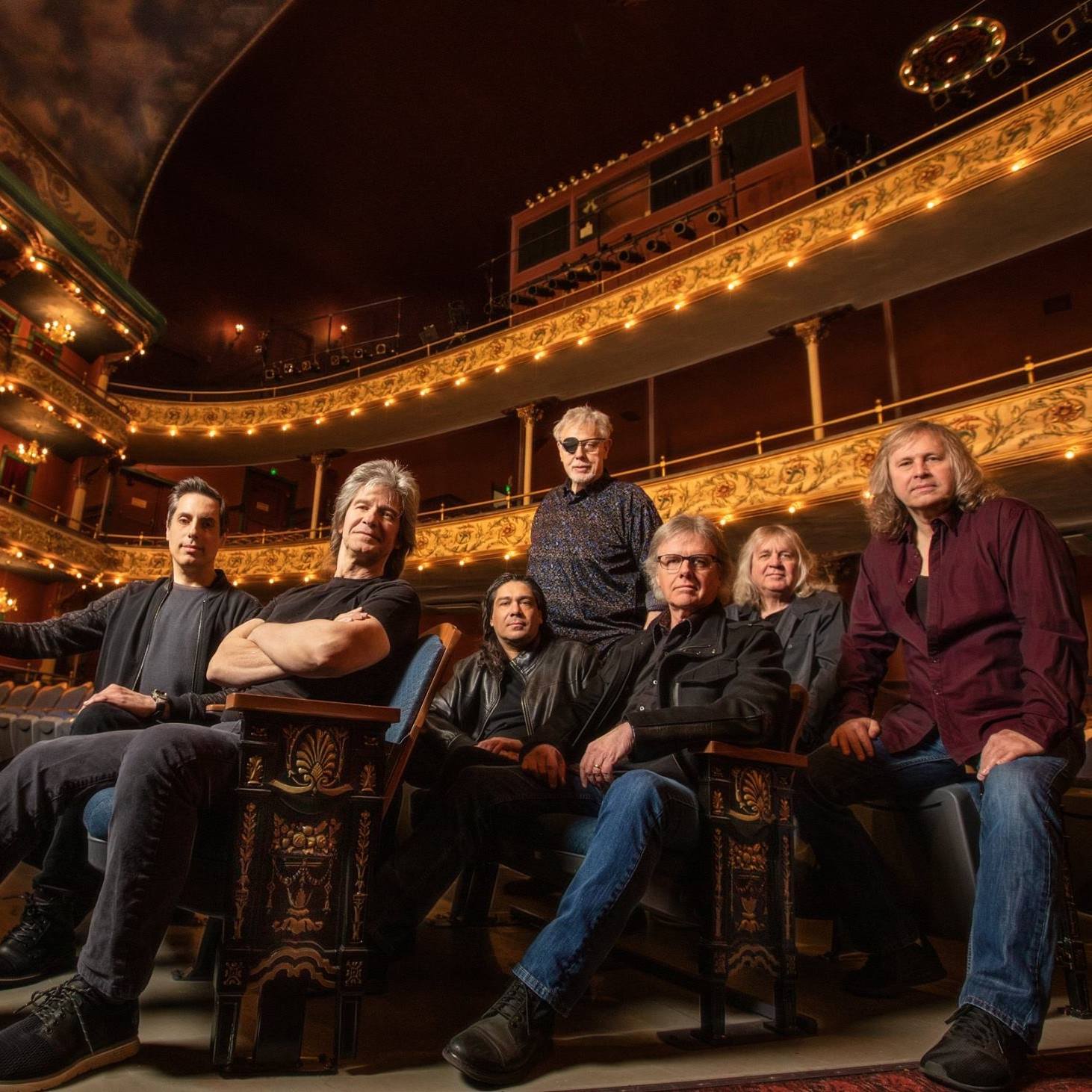 Even for those not from the region, if you mention Kansas and classic rock, the iconic band from Topeka is likely the first thing to come to mind. Songs such as “Carry On Wayward Son,” “Dust in the Wind,” and “Point of Know Return” are best-ever level rockers which still make regular appearances on AOR stations the world over.

However, as much as you might know of the band Kansas, you likely aren’t as intimately familiar with their entire discography as writer Kevin Cummings. In the latest installment of Sonicbond Publishing’s On Track series, Cummings tackles every album and every track by the classic rockers, up to and including Kansas’ 2020 release, The Absence of Presence. It’s a remarkable accomplishment, and the deep dive sees quotes and information from members of the band and those who have worked with them over the course of their 50-year career, as well as the author’s own insights in the music of Kansas.

I spoke with the author about his new book, the process of writing it, and general fandom. 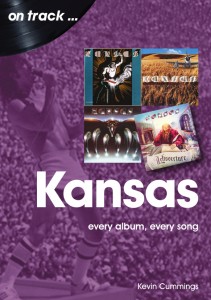 The Pitch: I was incredibly impressed reading your book. That dive that you took–I can’t imagine how much work that must have taken.

Kevin Cummings: Same here [laughs] because I was I’d never tried anything on the scale before and wow–I was surprised. It was more work than I thought it would be.

How long did it take to do the research for–to say nothing of the writing of– this-track-by-track book?

It was over a year. Probably close to a year and a half? It would have been published sooner. It was scheduled around the middle of last year but then the band decided to release an album and so everything got put on hold because they had to wait for the album to come out and I had to write about that, so that added some extra time. Then with the pandemic, things got slowed down with the publisher and they said the book market wasn’t what it was beforehand so they had to wait a bit. It took longer than it was originally supposed to. I can’t remember what the original due date was on the manuscript but between pandemic and new album, it took a lot longer.

You say in the forward that you’ve been a fan of the band for 42 years now. How has it been for you, following Kansas and their music over the last four decades?

In a nutshell, it’s been a journey, because they’ve changed–not completely, but they changed the styles here and there, to an extent: their ’80s style is a lot different from the ’70s, which is a lot different from now, but that’s one thing that continually draws me to them. They have so many different phases they’ve gone through. In another way, it’s really difficult to put into words because there’s a collection of fans called “Wheat Heads”–diehard Kansas fans who are far more into it than I am.

People who used to have conventions and things like that. Gatherings before concerts where anybody who played an instrument would get up and they would do a Kansas song together. I’m talking diehard fans–which, I guess, most groups have–but the fans there’s just something that draws people to that band. There’s just something special about this band.

As I said: they changed the styles from the ’70s, ‘the 80s, the ’90s. They got a little heavier, now they’re kind of quasi-heavy, but also in a highly creative phase. I go back now and I listen to their albums from the ’70s and I hear things that pop out to me that I didn’t pay attention to so much before.

Writing the book, I’d put on headphones and I’d listen deeper than I had. When I was carefully listening and listening to the background and picking out things: “Oh, yeah: that part right there. Oh my gosh, that’s amazing: how did they do that?” It still boggles my mind that they’re as creative now as they were 45 years ago when they started.

Any fan of any band, even if they celebrate a complete discography, has albums to which they return more often. When you had to do like deep, analytical listening, were there albums that you found yourself reconsidering?

I realized that I enjoyed the early ’80s albums more than I thought I would. I went back to Vinyl Confessions and Drastic Measures with John Elefante, and those get maligned sometimes by fans because they’re more pop-oriented the keyboards or they haven’t aged all that well.

They’re a little cheesy, sometimes and I went back and listened to them and I thought, “Oh, there’s some really good pop songs on here,” even though they’re more mainstream rock songs. I should say the albums are not as progressive, but there are really, really nice moments on those songs and I came away with a new appreciation for those.

Kansas is a band that has a lot of official live releases which I feel is something that that’s very unique. What’s it like to be able to have live documents with which to compare the studio albums and how does that affect your analysis when you’re going through all of this?

They do have a lot of live albums. The publisher and I discussed is what to include. Two for the Show, for example, had to be included because it was their first one and it’s considered an iconic live album by any band. Their live albums have been spaced out throughout their career and we decided that it was important to include them all, because each one often represents a different lineup. I’d have to look back, but they each might have a different lineup, so they were important in that respect–to different phases of their career. They’re unique in that respect.

Their last one was Live and Beyond, where they played Leftoverture in its entirety and it was fun to listen to that and compare the songs to find little subtle differences between the studio albums. That’s a new lineup playing a very old, classic album so it was interesting to analyze it in that respect and then to see how it compared with how they played the songs back when that album first came out: how the live versions that they recorded that can be found on YouTube and then Two for the Show and so on, up to they were played now, by a totally different lineup.

Kansas has been around for so long, they’ve developed different fan bases. You have the fans who are very much into their earlier, more progressive work and then, you have fans who came to them during their pop heyday in the ’80s and then you have people such as myself who came to them because their parents listened to them, and then, even beyond that, you’ve got fans now who know them purely because their music was featured prominently on an episode of South Park or frequently spotlighted in Supernatural. What’s your view on the long-term appeal of a band such as Kansas?

I’m 56, but actually, I’m a little bit younger than a lot of fans who went to see the multitudes of times in the ’70s, because I never saw them until the ’90s. I think most people associate them with ’70s because of “Carry On Wayward Son,” “Dust in the Wind,” and “Point of Know Return” and all those songs in the ’80s. They had a few hits with John Elefante in the early ’80s, and in the later ’80s and ’90s, they still released albums, but they were kind of under the radar–as a lot of bands along those lines were at the time: Journey, Styx, and bands like that. I think a lot of it has to do with people whose parents listened to the bands and who grew up hearing it on their home stereos because mom and dad were playing the records.

I know Supernatural certainly did not hurt their career. A lot of young people came to Kansas through that. I tell it in the book when there was ComicCon out in San Diego where they had a couple cast members from Supernatural and the band made a surprise appearance and played “Carry On Wayward Son,” and the crowd went absolutely nuts, because it’s Kansas and they’re playing “Carry On Wayward Son,” and we all know that song. I think it just carries on down to the generations, and as long as they’re around, I think that the popularity will continue.

Kansas: Every Album, Every Song (On Track) by Kevin Cummings is out this Friday, January 21, from Sonicbond Publishing.