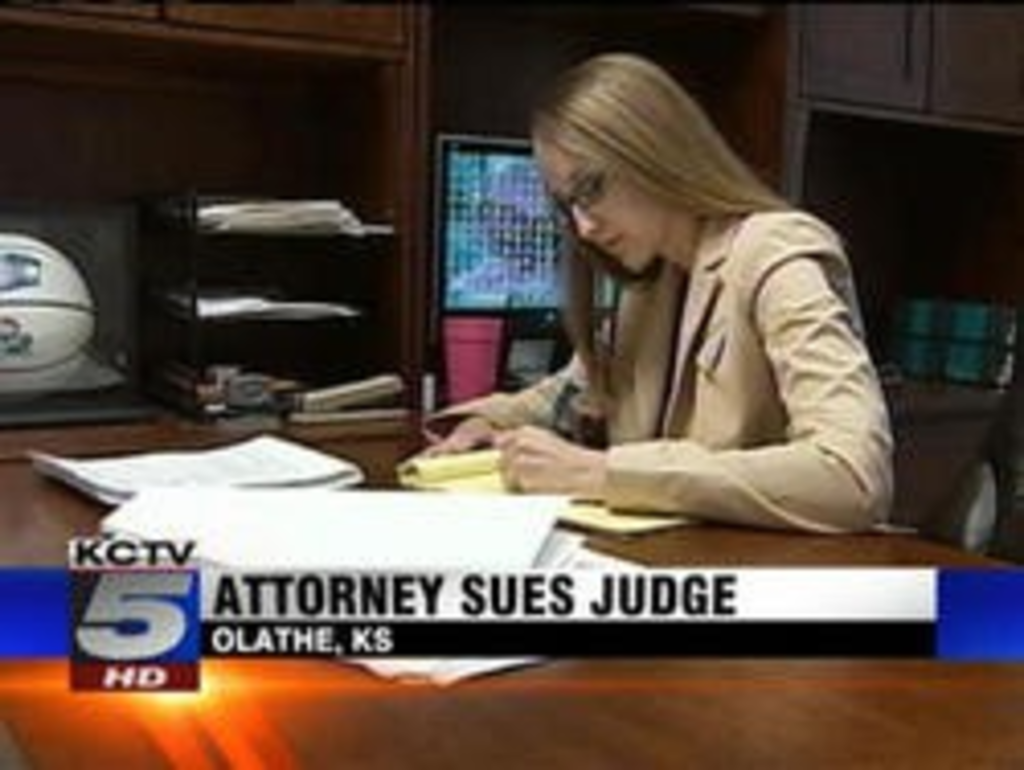 Nothing beats watching a bunch of lawyers demonstrate the dismissive gesture of “air-wanking.” It happened several times during yesterday’s hearing in front of the panel of three lawyers from the Kansas

Board for Discipline of Attorneys, whose job it is to recommend appropriate discipline for Kimberly Ireland.

Ireland is the attorney who accused Johnson County District

session in her divorce from then-husband Kevin Ireland (detailed