At the Webster House, Chef Charles d’Ablaing has created a civil society 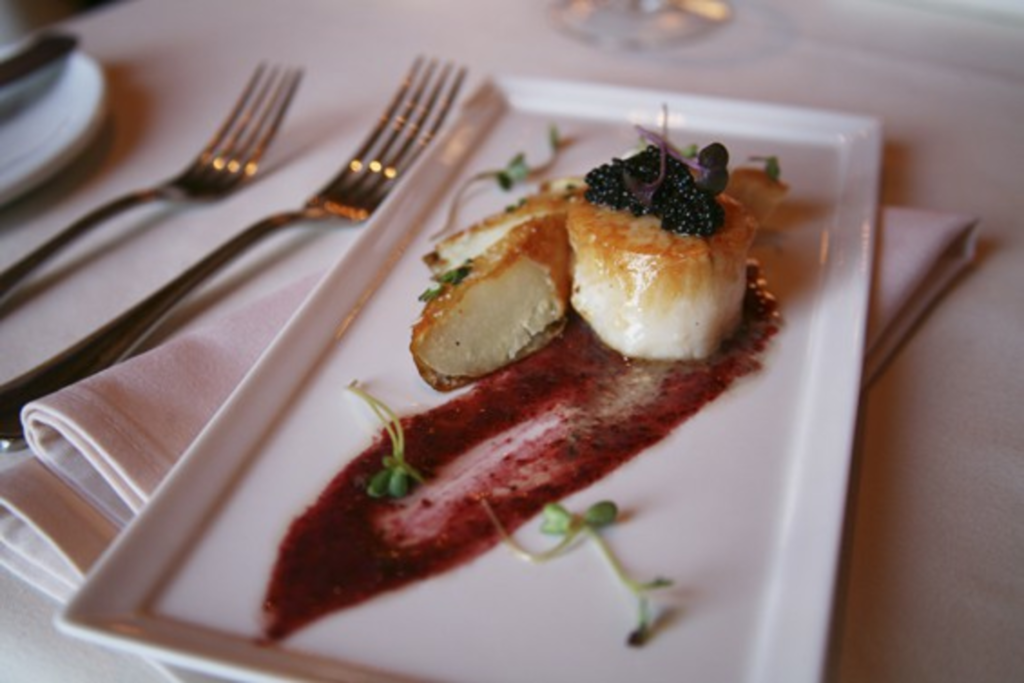 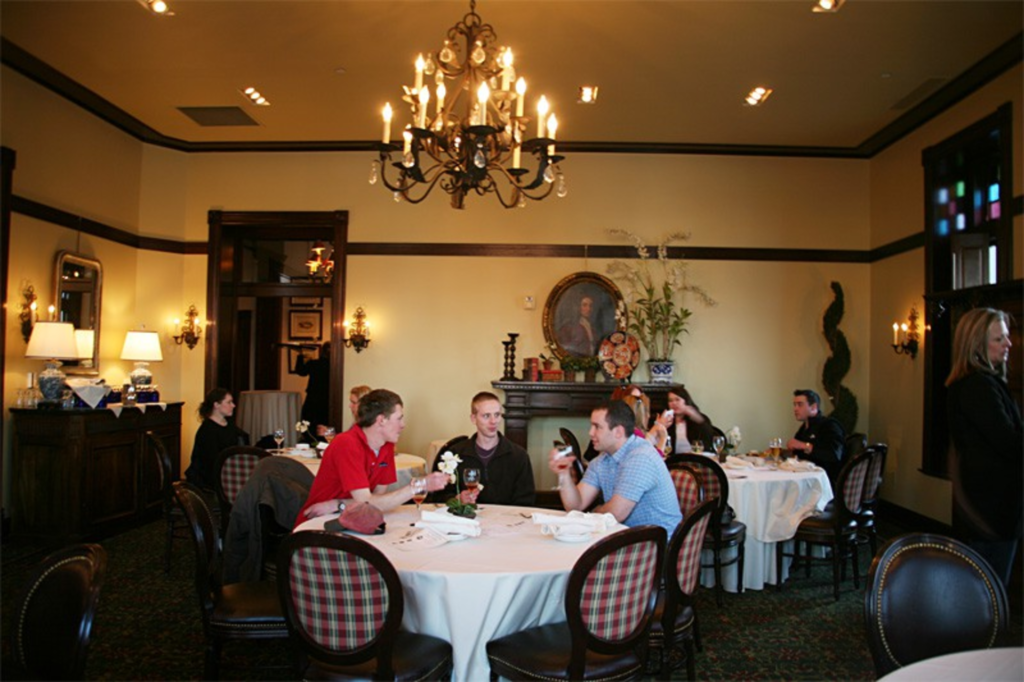 In 2002, when philanthropist Shirley Bush Helzberg opened an antique shop, carriage-trade accessories store, restaurant and special-event space in a 125-year-old brick school building in the Crossroads, the second-floor restaurant was called Webster’s. Most afternoons, it served luncheon to well-coifed women who could do a bit of antiquing before or after their meals.

The dining room was so ladylike, in fact, that the headline for that review was “A Girl’s Best Friend” (August 15, 2002). But over the years, the restaurant’s great location (plus its own parking lot) and its soothing atmosphere have lured more than a few men; servers tell me that men seem to prefer the dark-paneled Library room, which contains the bar, or the open kitchen area (the noisiest dining room) to the more formal dining room, with its handsome Turkish rugs and white tablecloths.

The real turning point was when the Webster House Restaurant, as it’s called now, began offering a popular happy hour in the Library with a terrific menu of inexpensive small plates that easily made full meals: fish and chips with fingerling potatoes fried in duck fat; a superb hamburger; bamboo rice risotto. When the second floor began attracting standing-room-only crowds, I knew it was only a matter of time before Webster House began serving dinner.

Another major change in recent years, of course, is the neighborhood. From many of the tall windows on the second floor, diners can look out on the construction of the Kauffman Center for the Performing Arts. Julia Irene Kauffman and Shirley Bush Helzberg not only are great friends but also are two of the most powerful people in Kansas City’s performing-arts community. When the Kauffman Center finally opens, the Webster House is poised to be the place for preshow suppers.

It’s already successful from a related perspective: I have friends who insist that the restaurant and its classically trained chef, Charles d’Ablaing, have created the city’s most civilized and comfortable dining venue. “I wish all of Kansas City could be Webster-ized,” says one friend of mine, who always eats there when he feels that his world is becoming more chaotic and unhappy. “You walk in, and the staff is so cheery and accommodating — not snobby at all — and the food is exquisite. It’s something out of an Edith Wharton novel.”

The main dining room, papered in deep mandarin red with beautiful chandeliers and well-polished antiques, evokes an age of innocence, all right. It feels more like a private club than a modern restaurant. Chef d’Ablaing’s sophisticated cuisine only heightens that experience.

On the night I dined with Ann and Bob, we stopped in after a lecture and were ravenous. Padding across the beautiful carpets to our table, I felt slightly self-conscious wearing jeans, but no one else seemed to notice or mind. After we ordered a starter or two, the server — a young woman with porcelain skin who reminded me of 1930s actress Mary Astor — brought out a copper container filled with Farm to Market bread and three shiny balls of flavored butters: one made with pink sea salt, another blended with bits of roasted artichokes and shallots, and a third mixed with molasses and honey.

Chef d’Ablaing has recently added seared veal sweetbreads to the starter selection, but we leaned toward another new offering: a variation on the bruschetta theme, called “Beef and Blue,” with chunks of tender beef tenderloin, salty kalamata olives and punchy Gorgonzola in a silky hollandaise draped over crusty bread. Another favorite here: slices of crispy, deep-fried green tomatoes dotted with tomato chutney over a puddle of creamed spinach.

A new dinner menu is supposedly on its way, though I haven’t been able to confirm when it will be introduced. One staffer insisted that it’s already in place (it isn’t), while another told me that it’s “in development.” Until further notice, then, the existing menu is first-rate. It’s heavy on meat and fish, leaving a single entrée that would do for a vegetarian: a buccatini pasta with braised tomatoes, olives, garlic and herb butter. But what meat and fish! Chef d’Ablaing’s sautéed salmon is sheer perfection, slathered in a kicky red-pepper jam and sided with two comforting dishes: gruyère mac and cheese and fried green beans.

Ann had plump, seared diver scallops, browned and delicately splashed with a saffron sauce, accompanied by d’Ablaing’s extraordinary treatment of lowly turnips, which he roasts with sassafras for a lightly smoky, earthy taste. My own meal was an exceptional braised beef short rib, blanketed in a thick red-chili sauce, sitting on a crispy polenta cake flavored with jalapeño.

I returned for lunch the following week with Franklin and Truman, who didn’t want to sit in the red dining room: “Too many society ladies,” Truman sniffed. “I might get blinded by the light reflecting off their diamonds.” Predictably, they preferred the Library.

After tasting that day’s fine soup, a light and citrusy cream of artichoke, we pored over the lunch menu. Franklin was intrigued by the “petite trio” of the three most popular sandwiches on the lunch menu: a black pepper burger, a black pepper turkey sandwich, and a Reuben. But his love of red meat got the best of him, and he just ordered the black pepper burger. And he concluded he might never be able to eat another hamburger that didn’t come topped with tomato slices marinated in Modena vinegar. Truman fell in love with that day’s special, a polenta cake topped with a sauté of rock shrimp, fresh basil, spinach and tomatoes. “It’s one of the finest lunches I’ve had in Kansas City,” he proclaimed.

My own meal was one of the most ridiculously decadent lunches in town: a blissfully rich white-cheddar mac and cheese with truffle oil, garlic-roasted shrimp and fat cavatelli noodles. After three bites, I was too full to go on. I took the rest home.

“Civility still lives at the Webster House,” said Truman, munching a handful of the restaurant’s house-made caramel corn as we walked out of the building. “I suddenly feel hopeful for the human race.”

I don’t think any other restaurant in Kansas City could inspire that kind of thought. But there’s no other dining room in town quite like the Webster House.