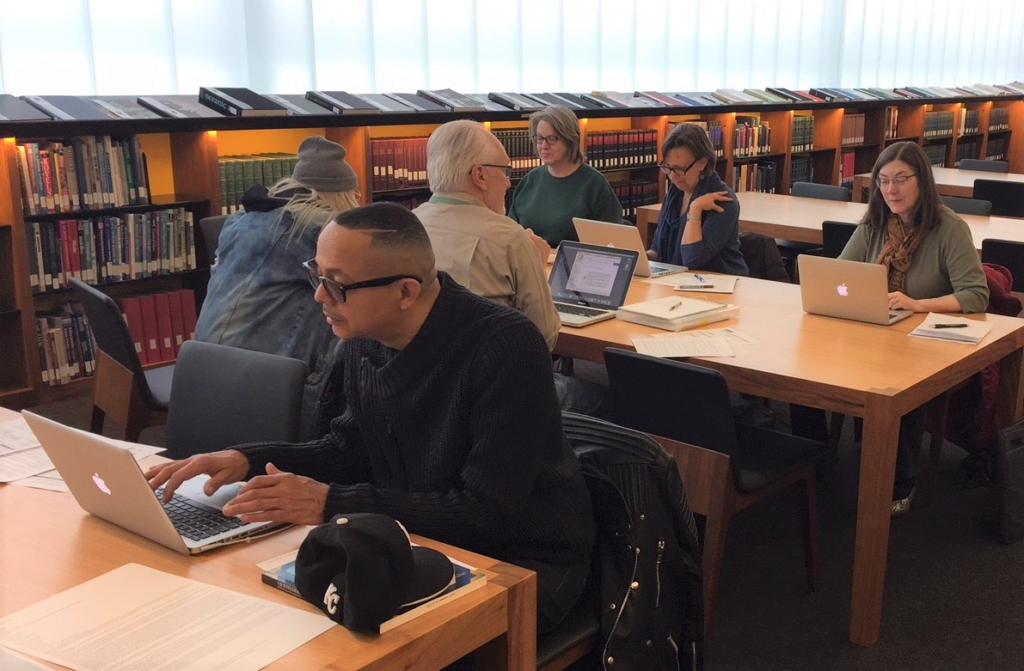 Due to the site’s high traffic numbers, Wikipedia is a powerful outlet for documenting careers of artists. But several surveys over the years have revealed that 90 percent of Wikipedia’s editors are male, which can lead to a bias in the content itself and the lens through which it’s investigated.

To combat this, groups across the country are increasingly holding Wikipedia “edit-a-thons” to serve as a corrective to such biases in areas such as art and feminism. It’s pretty much what it sounds like — people getting together and enhancing and contributing to articles about a specific topic.

Tomorrow — Saturday, February 23 — in celebration of Black History Month, the Spencer Art Reference Library inside the Nelson-Atkins Museum of Art will host its third Wiki Edit-a-Thon. (The first local one was held at the Nelson in 2017.) This one centers around African-American artists.

Anyone’s welcome. The event begins with a brief introduction to Wikipedia, rules and general policies of the site, and the purpose of the edit-a-thon itself. Then, attendees will move into the library’s reading room to begin editing and browsing through a collection of local artist files that the Spencer library has already begun amassing.

“We saw an opportunity to use the files that have been co-created in the library with the artist’s input, [and] we thought this was a really great way to provide an open, welcoming experience where new editors could learn how to edit in Wikipedia,” Nelson says. “So hopefully [by] bringing more editors on board, [we can get] information about these amazing artists who are practicing in our community out to a broader audience.”