At the Linda Hall Library, another train exhibition shows how we got to where we are 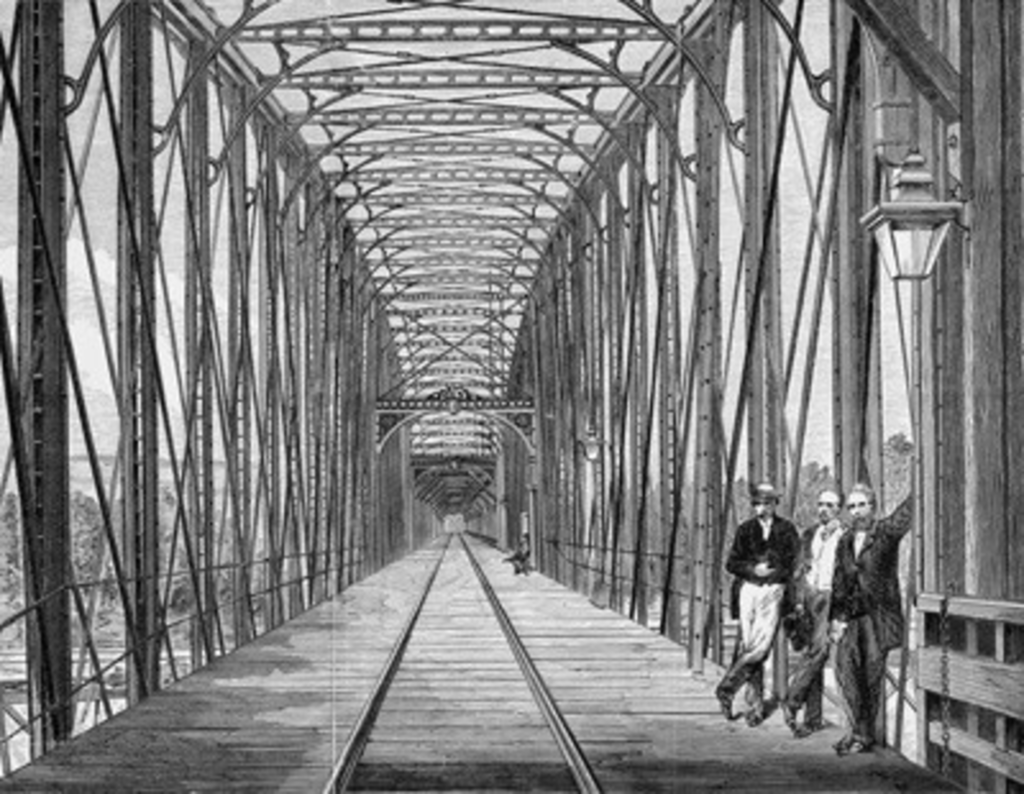 If you can’t get enough trains at the Nelson’s Art in the Age of Steam, then Locomotion is for you.

Billed as a companion to the Nelson exhibition, this one consists of works from the Linda Hall Library’s extensive collection of historical books and follows developments in steam engines, railway design, locomotives and general railway technology in the early to mid-19th century.

Linda Hall’s academic yet lively exhibitions are known for their broad accessibility. The scholars who curate these exhibitions understand the magic of historical books and how to spit-shine them for a general audience.

From tiny to monumental, the books all reveal something enticing. An 1861 engraving by Gustavus Weissenborn, “Talisman, an American Standard Locomotive,” is a large and beautiful two-page spread illustrating this top-of-the-line engine. As was typical of American engines, this locomotive had decorative flourishes around the cab, celebrating its power and the glory of U.S. technology and progress. No detail was too small to highlight.

Other early locomotive images and books include Nicholas Wood’s “A practical treatise on rail-roads and interior communication in general” from 1825, showing a foldout of an even earlier engine. Imagining the people who pored over these books is part of the thrill of the exhibition. Portable and reliable, books offered an authoritative document of the cutting-edge science of the day.

Snapshots in time, these books record moments such as the 1851 “Great Exhibition of Works of Industry of all Nations” at London’s newly built Crystal Palace. Along with all the modern industrial products on display was the Lord of the Isles. In a class of locomotive called the “Iron Duke,” it had driving wheels 8 feet in diameter and was capable of an astounding top speed of 80 miles per hour.

Kansas City shows up in William Henry Maw’s 1872 engraving of Octave Chanute’s first bridge across the Missouri River. Before its construction, Maw wrote, Kansas City was “utterly insignificant.” Yet once the bridge opened, the city became a major commerce center with seven different railroads. The engraving “Bridge Over the River Missouri of Kansas City U.S.: Kansas and Cameron Railway” illustrates yet another in a long line of industrial and technological feats, in which engineers had to calculate and navigate the river’s fast and unpredictable currents. It shows three of the engineers standing proudly on this bridge, signifying the rising importance of Kansas City in a westward-looking, forward-moving America.