At midtown’s Whiskers Cat Café, the future is feline 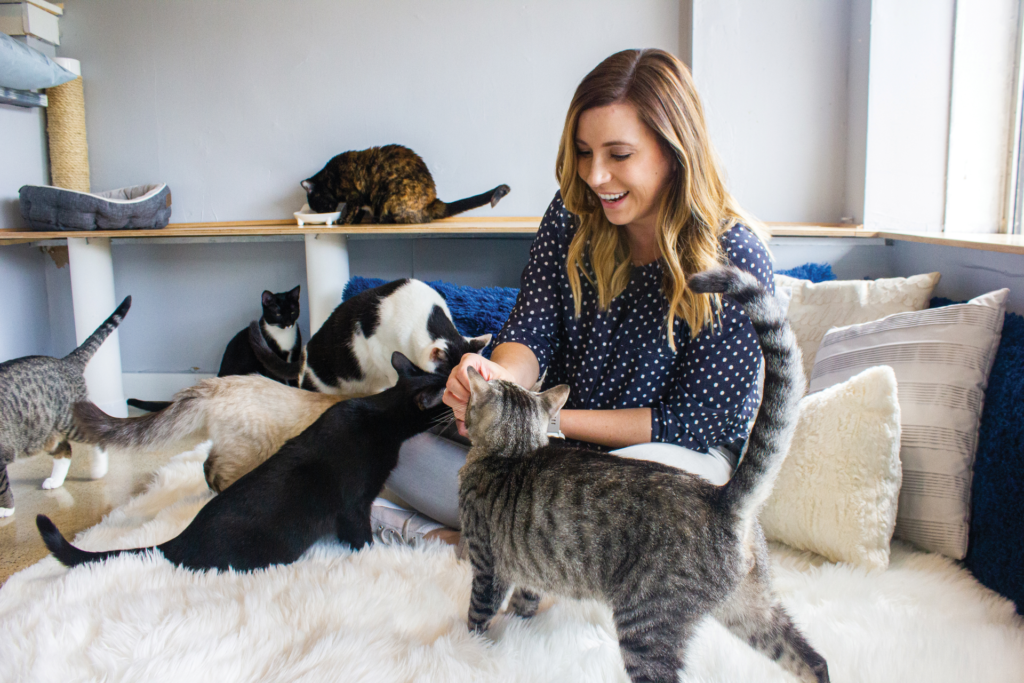 Four years ago, in Denver, Audrey Boese visited her first cat cafe and immediately knew she wanted to bring the concept back to Kansas City.

“It was just magical,” Boese says, recalling the cove of cozy cats she met there.

It took a while to make the dream a reality. A 2016 Kickstarter brought in $20,000, but then Boese had to find a retail landlord OK with a couple dozen cats as tenants.

Whiskers Cat Cafe finally opened for business last November, in a storefront along Southwest Trafficway near 37th Street. The cafe charges visitors $10 for a cup of coffee plus an hour of play time with the cats inside. The cats come from KC Pet Project, which vets (no pun intended) the felines in its care and supplies Whiskers with healthy, social ones that would be comfortable in a cafe setting. Designed with help from a KC Pet Project behavior specialist, the cafe features tunnels, ramps, hideaways, napping coves, and a giant climbing wall for about 15-20 cats to explore.

But Whiskers is also designed to convert coffee drinkers into cat adopters.

“Some of the best adoptions we see happen when the person adopting is least expecting it,” says Tori Fugate, spokesperson for KC Pet Project. “Outside of the shelter environment, the cat’s personalities are able to shine through, and you see more of what they would be like in a home, versus when they’re like in a kennel.”

Over the last six months, Whiskers Cat Cafe has facilitated 63 adoptions — somewhere between four and six a week lately.

“They really don’t stay long,” Boese says. “It’s kind of sad to see them go, but that’s the goal.” 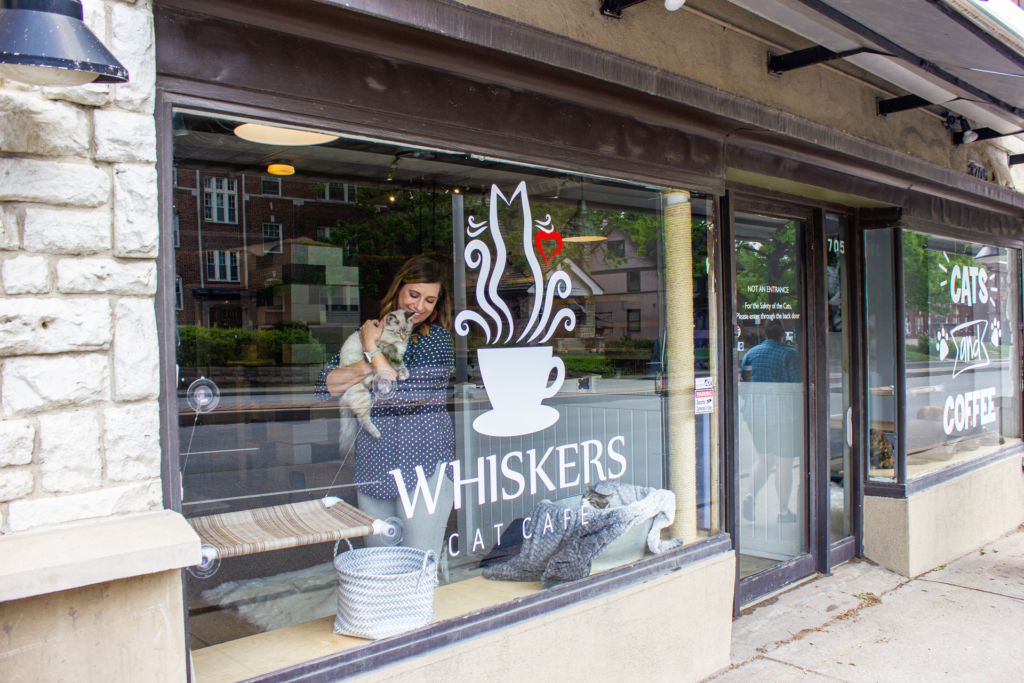 Jeremy, who was found in Iowa — he came from a hoarding situation — spent four months at Whiskers before he found his “forever home.” Boese says Jeremy was scared and shy at first, but gradually gained confidence and the ability to socialize with the other cats. Alexis Washington adopted him after her first visit to the cafe. She had experience with shy cats before. “I saw him online on the KC Pet Project website and fell in love with his little face,” Washington says.

Whiskers has been expanding in small ways. It recently rolled out a membership program, and it now offers 30-minute, children-only sessions on Sundays from 1 to 2 p.m., which give families the chance to learn how to interact with cats. And on Tuesdays and Fridays, you can do yoga alongside the cats for $20.

Even for those not looking to adopt, Whiskers Cat Cafe offers mental health benefits. Petting cats has been shown to lower stress and anxiety, and some studies even suggest that the vibration of a cat’s purrs can have therapeutic benefits for humans.

But, y’know — they’re also just cute to be around. Boese says she couldn’t be happier.

“Seeing people come in, and it’s like the best hour of their week or month or day — it’s been everything I thought it would be and more,” she says. “People leave smiling. That’s the goal.”

Say goodbye to 2019 at these New Year's Eve shindigs