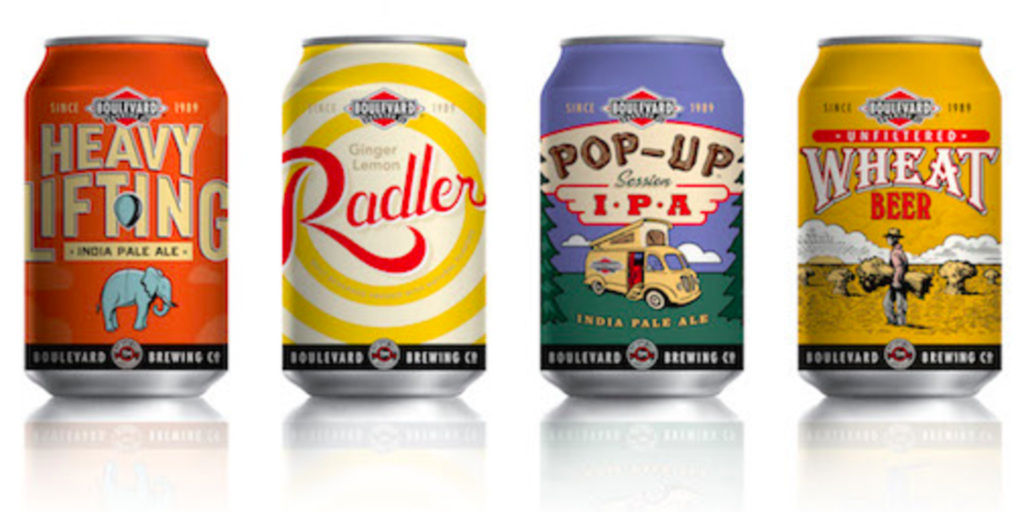 For those who wanted to enjoy a cold Boulevard beer while floating down the river, sitting poolside or in some other setting where glass bottles won’t do, good news is here.

Boulevard announced on Friday that it is finalizing plans to offer four beers in 12-ounce cans.

Boulevard Wheat is sold in those bottle-shaped cans at sports venues like Sporting Park, where glass isn’t such a good idea, and in liquor stores around town. Wheat will matriculate to the 12-ounce can, along with the Ginger Lemon Radler, Pop-Up IPA and Heavy Lifting IPA.

The brewing company says it’s forging ahead with putting craft beer in cans in response to customer demand.

Friday’s announcement doesn’t offer a firm timeline for when the canned beers will hit stores, pending the sorting out of final arrangements. Reading between a few lines, it seems that they might come out this summer, owing to the Radler’s inclusion in the can lineup. Last year, the ginger-lemon beer was available on shelves as part of the Boulevard variety 12-pack, as well as on tap at a few bars during the summer months. (Pro tip: Mix a Radler with a Single-Wide IPA for a tasty beer cocktail.)

The Heavy Lifting IPA is a new year-round beer that Boulevard is putting out. It’s fashioned after the Mid-Coast IPA (which, like the Radler, was one of the “Tasting Room Beers” that made their way into sampler packs), which is to say a stronger, hoppier version of the Single-Wide IPA.