Ghosts and ‘Grog’ at Fat Matt’s Vortex in Strawberry Hill 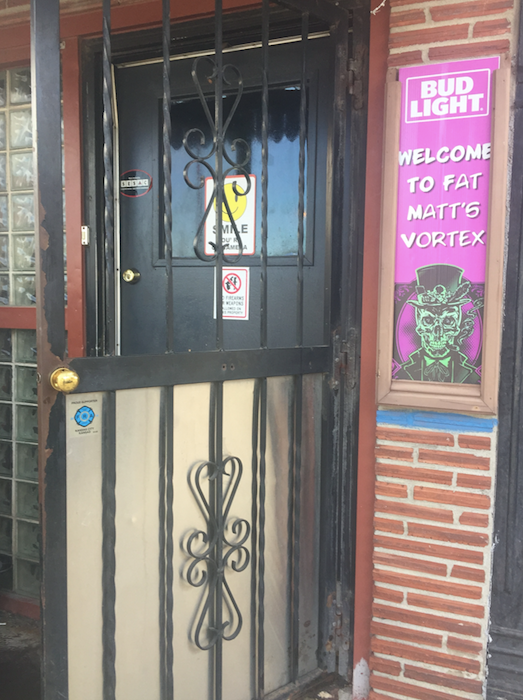 Ten in the morning on a Thursday, and I’m at Fat Matt’s Vortex, a corner bar over in Strawberry Hill.

“We are known for our Grog,” says the tall, blonde woman behind the bar. “It’s the Vortex’s signature drink.”

Christine Mackey is her name. She’s head bartender over here. The Grog, I learn, is a shot — a proprietary blend mixed with care by owner Joni Bocelewatz, who took over the bar in 2004 and who also happens to be a witch and third-degree high priestess. Mackey pulls a chilled, blue, unmarked wine bottle out from behind the bar and pours the brownish mixture.

One of the only other humans in the place is a woman in a blue sweatshirt known as Mama T.

“It’s a ‘triple S,’” Mama T says of the Grog. What? Slam it, swish it like mouthwash, then suck in air to let your palate appreciate the flavors. I did as instructed. Faint apple? Pear? I venture. Mackey stands expressionless. “It’s a sneaker,” Mama T says.

Fat Matt’s Vortex used to be called Fat Cat’s Vortex (there was a cat, possibly named Matt, who had the run of the place). Years and years ago, it was a drug store. Then it became a funeral parlor. There’s a crematorium in the basement, but, alas, it is inaccessible at the moment — the space is currently leased to a motorcycle club. 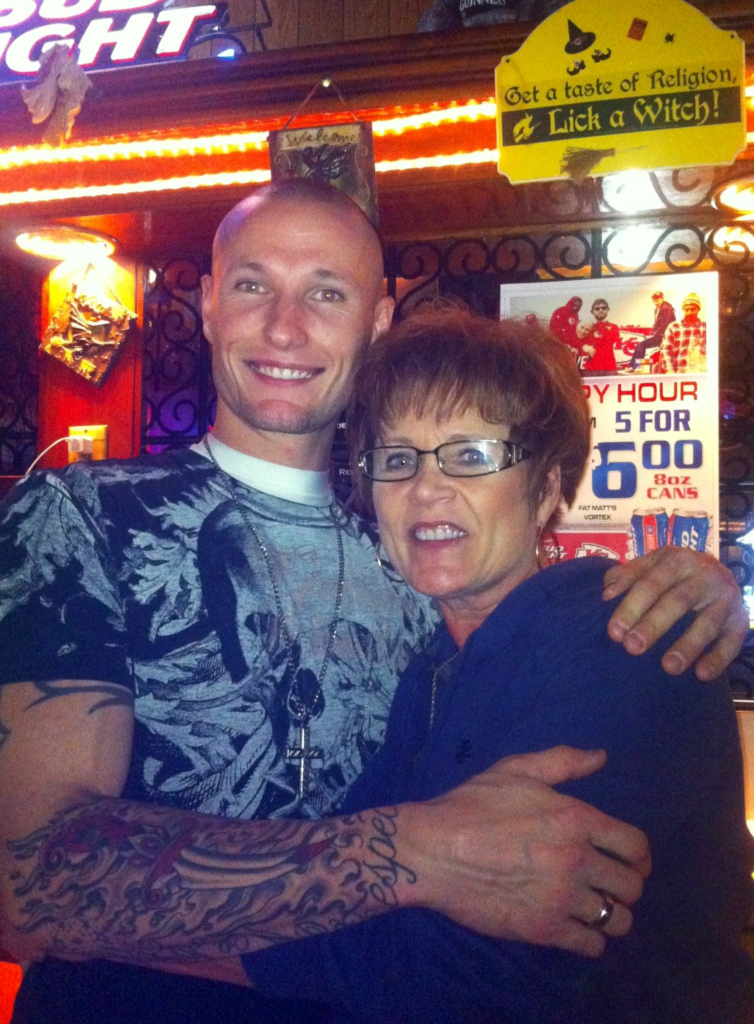 Strawberry Hill — and Kansas City, Kansas, in general — has long been a destination for ghost hunters. Tours, including one this weekend, take macabre enthusiasts to Huron Indian Cemetery, Memorial Hall, and various other businesses and sites thought to be home to paranormal activity.

It is widely agreed among staff that the Vortex is haunted — the crematorium and all. They welcome the dead and the remnants of the dead. Ashes from a man who lived above Sammy’s Tavern, just down the street, are kept in the bar. There are talks of creating an “ash garden” around the mantle on one of the walls.

And there are stories. A former bartender says he saw a man with his arms crossed in one of the booths; the man is believed to be a ghost of a man who long ago owned the building and later shot himself on the property. Sometimes the water runs in the bathroom when no one’s around.

“We hear things,” Mackey says. “We burn our sage to keep our spirits at a low keel.”