At Chinese buffets, the dollar stretches almost as far as the imagination 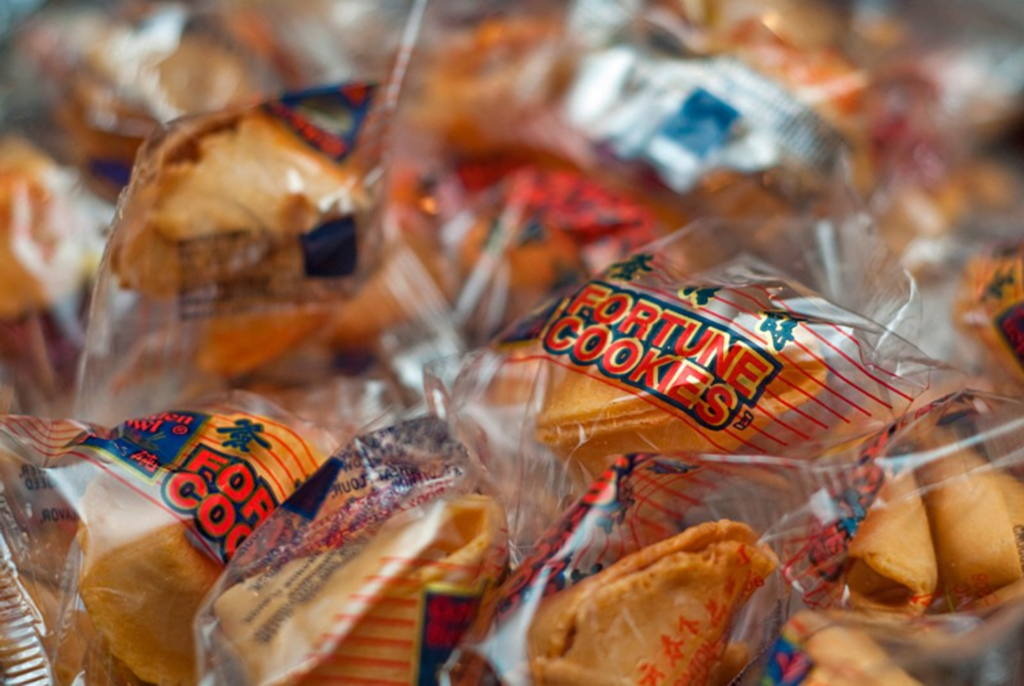 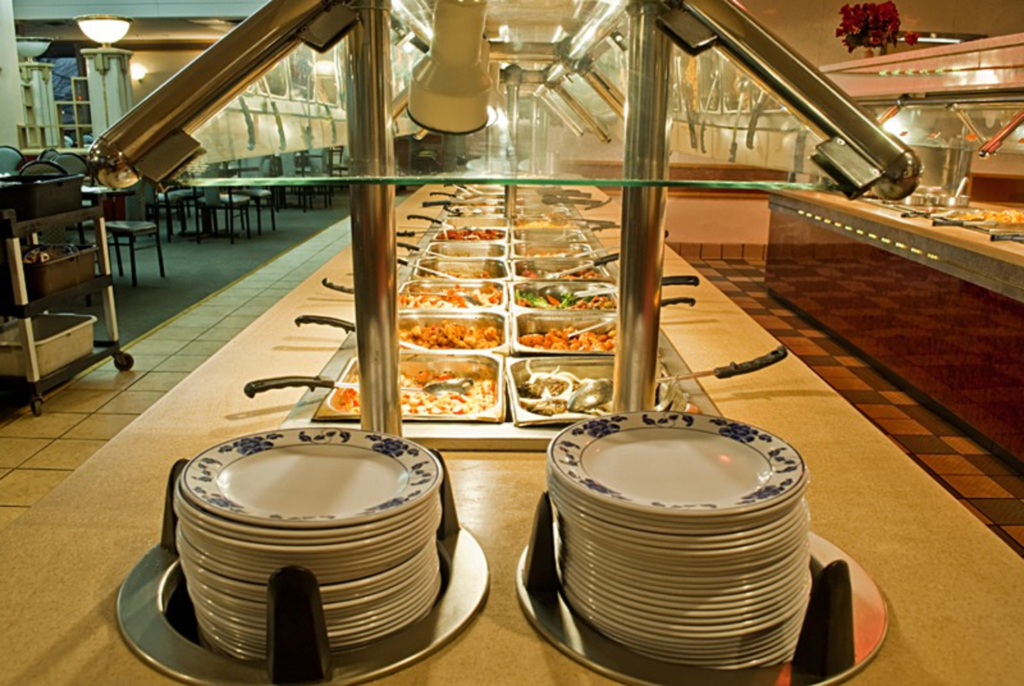 The trade magazine Chinese Restaurant News has long insisted that there are more Chinese restaurants in the United States than McDonald’s franchises. Three times as many, in fact. Is that possible?

In the Kansas City metro, according to the phone book and various websites, there seem to be about 100 McDonald’s locations. Yellowpages.com lists more than 126 Chinese restaurants in and around Kansas City, but it’s not a perfect tally. Garozzo’s Italian restaurant in Lee’s Summit, for example, shows up under the heading Chinese. The list also lacks mention of Po’s Dumpling Bar or midtown’s Dainty Chinese Restaurant or even the new Fusion Buffet in Westport, to name a few.

So it’s fair to say that, while Chinese restaurants don’t exactly dominate the local restaurant scene, they constitute a major force in the culinary community. And if you flip through the pages of old city directories, you’ll see that Chinese restaurants have long been popular in Kansas City, dating back to the early 1900s. By the time World War I was raging in Europe, Kansas City had more than a dozen restaurants with Asian names. In those days, most of the dining spots were named after their owners: Hung Far Lo, Shin Tong, Shing Mow, Wong Sing.

It was in these early days that the cuisine we know now as Chinese-American began to evolve. Egg foo yong, chop suey and chow mein reportedly date back to the San Francisco “chow chows” of the 1800s: little cafés that served Cantonese laborers who were working on the railroads.

But Chinese immigrants learned that American customers were wary of native dishes that looked too exotic, particularly after rumors circulated that Chinese kitchens cooked rats and domestic animals. Thus, many Chinese dishes were “Americanized” to appeal to less adventurous tastes. Chicken, a popular and inexpensive meat, was battered and deep-fried just as it was in diners and
cafeterias, then drenched in sugary lemon sauce or some red and sticky concoction that was much more sweet than sour. American diners preferred these ersatz “Chinese” dishes to anything too authentically Cantonese. An industry was born.

I incorrectly assumed that the Chinese buffet was a relatively recent phenomenon (a couple of dozen are scattered around the metro). But the Smithsonian Institution dates the buffet concept back to the California Gold Rush and the first reported Chinese restaurant in the United States: Norman Asing’s Macao and Woosung Café, which opened in 1849. Asing charged a buck for “all you care to eat.” It took a long time for this idea to catch on, but in these economic times, Chinese buffets promise a lot of bang for the buck.

And there is a lot of bang if you stuff yourself silly at a modern descendant of Asing’s pioneering effort. But a Chinese buffet is to the dining experience what P.T. Barnum is to entertainment: a lot of hokum.

At China One in the Northland or the China Garden Asian Buffet — a favorite of even self-proclaimed food snobs for reasons that totally escape me — hot and cold dishes are displayed with such theatrical panache that everything looks delicious and appealing. But the vats of Jell-O cubes and banana pudding topped with vanilla wafers — staples of Chinese buffets these days — aren’t Chinese but throwbacks to church potlucks and cheerless family reunions.

China One has been a fixture on North Oak Trafficway for just a decade, despite looking like a 1970s hotel banquet room. It’s a dour place but hugely popular, particularly among senior citizens, who get an impressive discount. It may not be number one in quality, but it has few peers on the quantity front. No one ever walks out of China One hungry, though what made my head spin here was the bounty of dishes that I didn’t want to eat.

There was the usual collection of “Oriental” dishes: egg drop soup, crab rangoon, various chicken dishes in amber-colored sauces. That buffet staple known as General Tso’s chicken was called “General’s Chicken” here, perhaps in homage to Gen. Robert E. Lee because it was more peppery than sweet. There were steamed fish heads scattered with onions and peppers. A waterlogged substance listed as “salmon” looked, when I visited, more haunting than appetizing. Even the soft-serve ice cream fell out of the machine runny and pallid.

Compared with China One, Merriam’s China Garden Asian Buffet offered a princely feast. The restaurant is only a year old, and the glittery décor betters that of some casino buffets. The dining choices, however, were hit or miss, the bathrooms were a chaotic scandal, and the kitchen’s comprehension of nomenclature was sometimes baffling. I’m all for creative marketing — I was amused when I saw that the Fusion Buffet called a steaming vat of red boiled crawfish “small lobsters” — but China Garden was pushing it a bit by labeling a mound of lukewarm tater tots “baked potatoes.”

Still, the friends I took liked the food at China Garden, even the sushi. I was more impressed with its Mongolian-grill component, even if I witnessed no one taking advantage of it — or staffing it. If I had a family to feed and a limited budget, I might well eat here. The individual dishes weren’t terrific, but there was a thrilling weirdness to the various possibilities offered: mussels in a bubbly cream sauce and shrimp cocktail and cream puffs, all ending up on one plate.

Like China Garden, Fusion Buffet in Westport — the newest glossy buffet in town — offers both sushi and a Mongolian grill alongside the expected vats of traditional offerings, Asian and otherwise. Soul-food classics, such as deep-fried okra and corn nuggets, were within sight of pea-laden fried rice that could be topped with a dragon boat’s worth of sauces (sesame, pepper, sweet-and-sour and on and on) and broccoli or sliced jalapeños or bell peppers.

These three Chinese buffets don’t serve alcohol. Why would they? They don’t mean to provide leisurely dining experiences. The appropriate vessel is the big plastic tumbler, filled to the brim with tea or soda, the better to wash down all that starchy, fried, sugary food. Plus, a diner doesn’t settle down with a cocktail before strolling over to the fried chicken nuggets and the sugar-dusted
“Chinese doughnut” puffs.

The buffets aren’t like fast-food restaurants because they are fast-food restaurants. In the same amount of time it takes to wait for a to-go order in a drive-thru lane or to pick up a carryout meal from a casual-dining venue, a patron can begin digesting the first of several plates of food at a Chinese buffet. And at an average dinner price of $10 for all you can eat, these restaurants are actually better bargains than most fast-food burger places. Why shouldn’t there be more Chinese buffets than McDonaldland playgrounds?