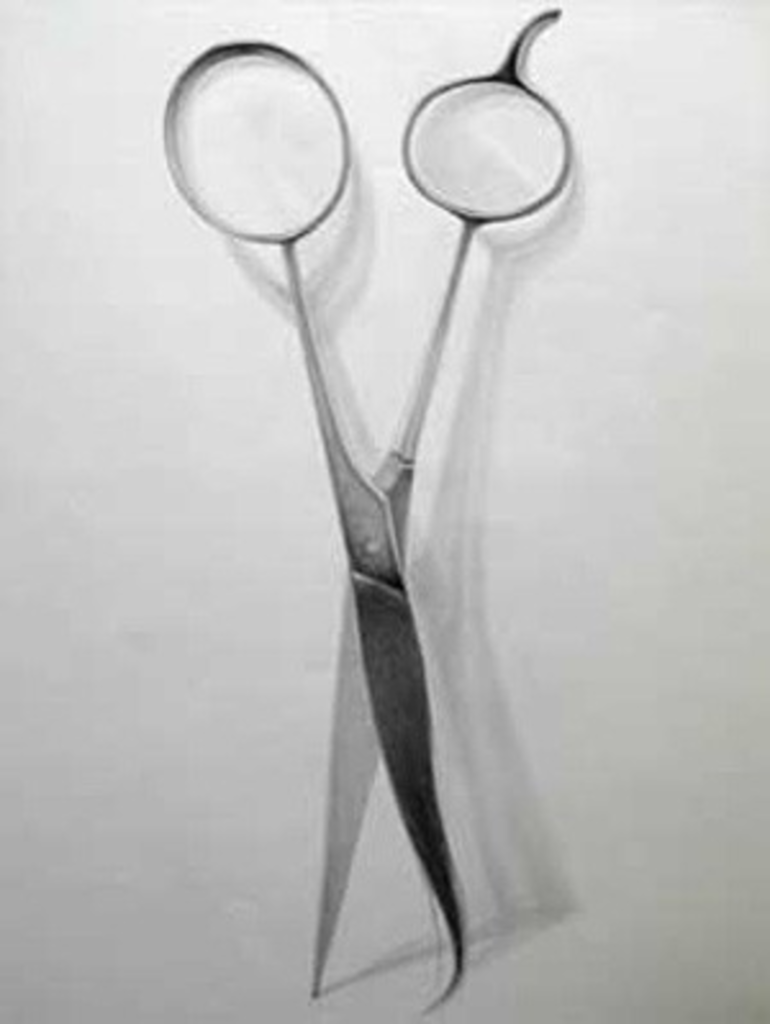 Hair has been a stand-in for the human body since at least the 19th century, when Victorians created hair jewelry and decorative hair pictures. Hair jewelry was simply a way to keep a loved one close — as long as the beloved was alive. As postmortem art, hair functioned as a mnemonic device, reminding Victorians of their departed loved ones.

These days, it carries all sorts of meanings. Hair on your head: acceptable. Hair wrapped around the bar of soap in the shower: despicable. Removed from the body, hair often becomes something abject.

It’s no surprise, then, that many contemporary artists use real hair and images of hair to examine social difference, mortality, fetishism, gender and other cultural issues.

Among the Chinese artists who have examined hair’s aesthetic and emotional potential is Wenda Gu, who exhibited his work at the H&R Block Artspace in 2003. Now comes Hong Chun Zhang, who uses images of hair instead of hair itself.

Born to artists and reared in China, Zhang received her BFA there but her MA and MFA degrees in the States. She now lives in Lawrence. In four drawings on paper at Byron Cohen, delicate pencil lines mimic hair in a tactile way. “Split Ends,” “Soft Cut,” “Cheers” and “Recording” are also clever visual puns on the relationships between language and image. In “Split Ends,” a bullet pierces a cluster of hair. In “Cheers,” spilled wine from an upset glass forms a pool of hair. And in “Soft Cut,” one blade of shears devolves into a softly curling lock of hair.

Also on display are four paintings in which Zhang incorporates hair into everyday imagery, substituting it for such things as running water. Despite her realist painting technique, these works feel stiff and, as a result, less realistic.

Completely unrelated to Zhang’s work is that of Chong Siew Ying. She paints images of beautiful, happy or smiling monochromatic faces floating inside groupings of flowers and butterflies, often superimposing the faces with serene clouds or mountains.

Born in Kuala Lumpur to Malaysian-Chinese parents, she splits her time between there and Paris, where she studied. Her work, which has been shown primarily in Malaysia and France, mimics that of internationally successful Chinese artists Zhang Xiaogang and Yue Minjun, whose portraitlike paintings comment on the complicated idea of individualism and identity in post-Maoist China.

Yet Ying’s work seems detached from this body of more political, sophisticated and pointed work. Stylistically, it’s somewhat related to that of Hung Liu, whose paintings of beautiful Chinese women were shown at Byron Cohen last spring (“China Girls,” March 15, 2007). But Ying lacks a similar gravitas and depth. Liu’s paintings are typically based on 19th-century historical photographs from Chinese archives; Ying’s look like generic faces. And unlike other contemporary artists whose work reflects the fact that they grew up in China during and after the Cultural Revolution, Ying’s work feels unanchored to any historical context or idea. The paintings are pleasing but facile, lacking the weight of experience or commentary.