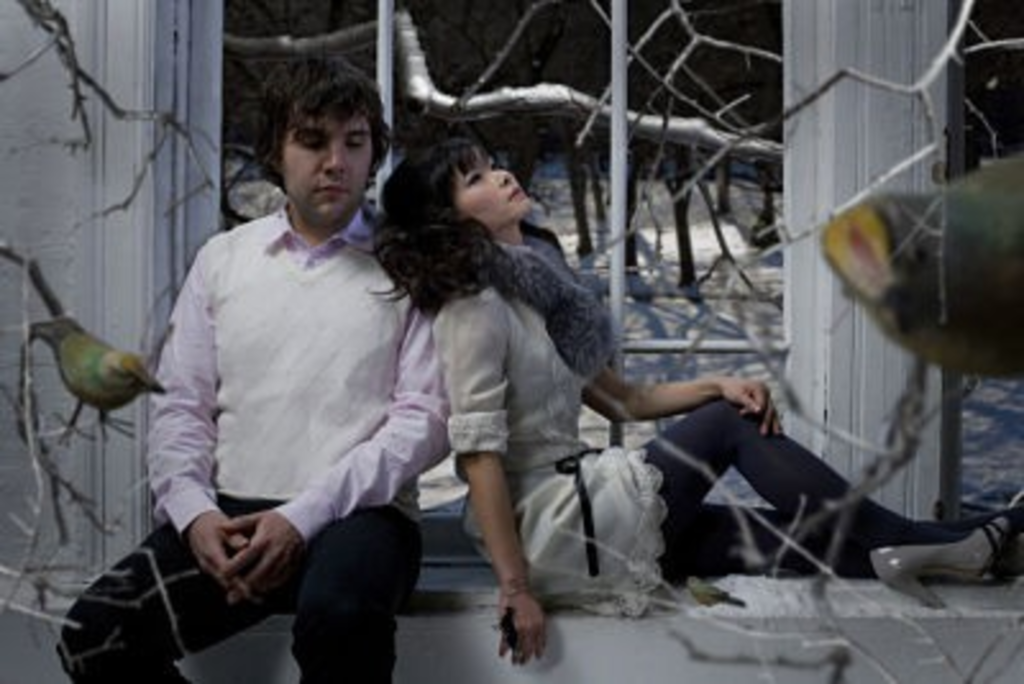 Viewers of the ABC sitcom Ugly Betty will get a dose of shimmering, etheric shoegaze pop when Brooklyn band Asobi Seksu‘s song “Layers” chimes in at some point on tonight’s episode (7 p.m., KMBC). Then, tomorrow night, Record Bar goers will get the full effect, when fair, lush Asobi goes on stage ’round midnight, following locals Sons of Great Dane and Don’t Tell Pope.

The band — comprising at its core, seksy singer and keyboardist Yuki Chikudate and guitarist James Hanna — released its latest album, Hush, this past February on Polyvinyl (home to Someone Still Loves You Boris Yeltsin and Of Montreal).

They recently dropped by the Morning Becomes Eclectic Studio at KCRW for a live set, streaming here. Grab a couple of Hush MP3s on the house.

MP3: from Hush and Ugly Betty

MP3: the first single from Hush

Fun fact no. 1: Local sound engineer Dave Gaumé (the Record Bar, the Republic Tigers, et al) recently got back from a tour running sound for Asobi Seksu in April. When he jumped aboard the Tigers’ ship in mid-April for the tour opening for Travis, fellow KC soundman Mark Davis took over the Seksu sound helm.

Fun fact no. 2: This band’s name is Japanese for “playful sex.”