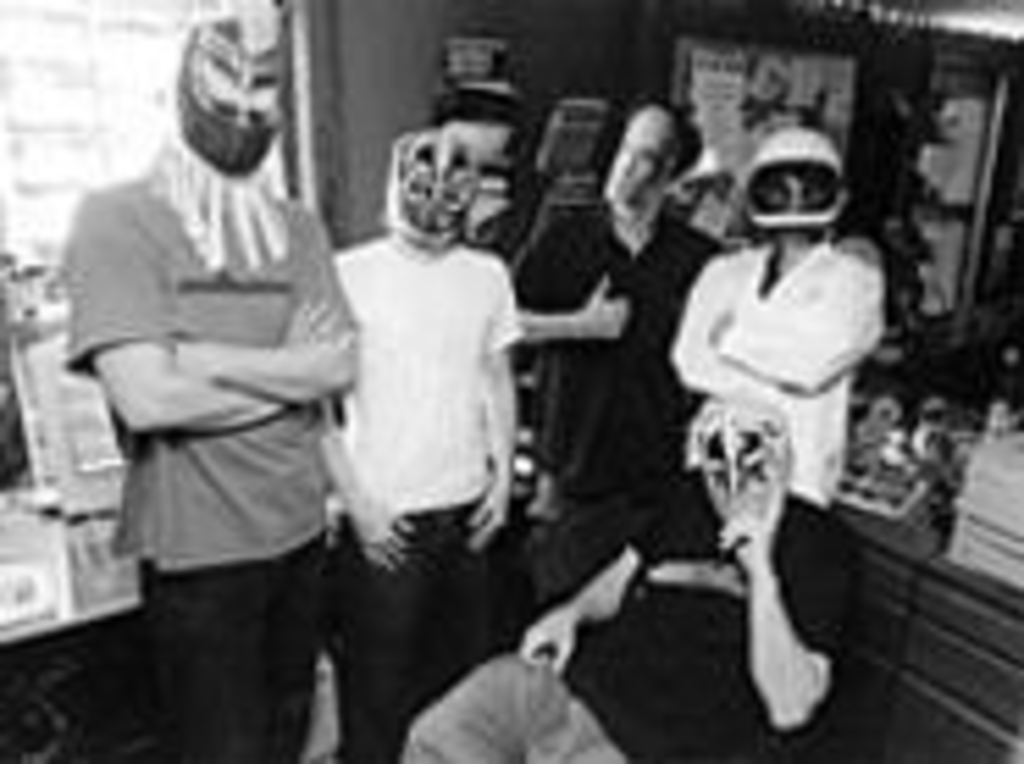 Almost a hundred years ago, the Ashcan school of painters favored downtrodden urbanites as subjects. Local computer animators MK12 might instead be called ashtray artists: Composing a tightly knit clique whose collective sensibility reflects a modern bored urbanism of its own, MK12’s members favor — and fill — big ashtrays.

They smoke while eagerly recapping the past year, during which they went from working as hired digital artists to running their own studio. Their original business model bleeds off of a Chinese restaurant’s menu to a smaller sketch graphing their projected progress, all in primitive ball-point ink. Whatever it was they ate at that place, it worked: The quintet nabbed the Kansas City Film Festival’s Best Experimental Film plaque. The winning short film is set to air on the Sci-Fi Channel’s Exposure; the date is yet to be confirmed.

The truth is, President Steve Elvis America and the Terrible Cosmic Death is no more sci-fi than You Only Live Twice-era James Bond, and it doesn’t look like computer animation in its most familiar guises. “This is pure ghetto science,” says MK12 member Tim Fisher of the jumble of still digital photos, borrowed NASA footage and Dr. Evil-lampooning.

As Ben Radatz scrolls through MK12’s DVD demonstration reel, he settles on a kung fu segment from the film. “Have I told you today how happy I am that you included the heading ‘Asses of Vengeance’ here?” asks fellow MK12 member Matt Fraction. Radatz smiles and continues moving through the disc’s contents.

MK12 began when Fisher, Fraction, Radatz and Jed Carter, who were friends from overlapping stints at the Kansas City Art Institute, reunited as employees of a local business. After the business pulled the plug on their project, the artists decided to set up shop on their own, hiring Shaun Hamontree to help. “We’re operating debt-free, which is our main rule,” Fraction explains.

That’s an amazing assertion, given MK12’s eight packed-to-the-gills computers and its stash of midprice AV equipment, which represent considerable investment even though the group knows its technology budget is lunch money to companies doing the same kind of work on the coasts. But it’s not competition that concerns the members of MK12. Instead, they plan to make artistic autonomy their ass vengeance on the cat-and-computer-mouse game of Internet sorcery.

“We’ve learned the hard way that when it comes to working with people you don’t like, the only rule is: Don’t do it again,” Fraction says. “The Internet is a duplicitous, slimy industry. People who hire us to work on their sites or ads want us to be us, though.”