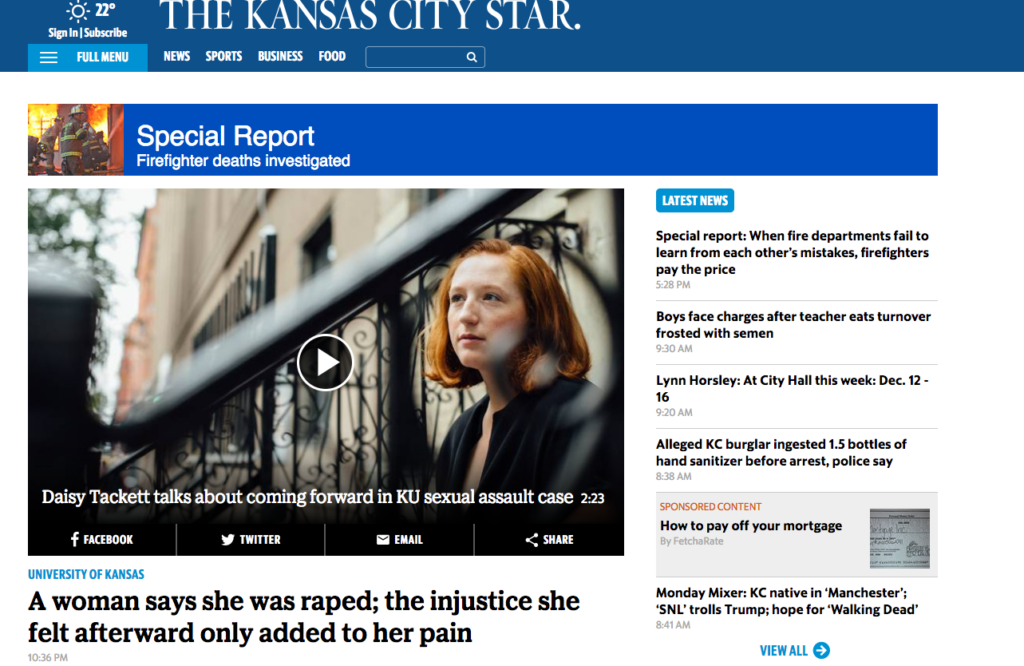 Devoting more than a sentence or two to complaining about our wheezy daily paper’s ugly addiction to slack-jawed homepage clickbait would defeat the purpose. The point of such a gripe, after all, is to remind the layoff bunker over on Grand that the list of important stories available to report on locally, or tear off the national wire for much-needed local consumption, is long and getting longer. One doesn’t want to be guilty of drawing further attention to horseshit like the above.

Still and all, I am telling you that the top-right rail of The Kansas City Star‘s website this morning included a headline about semen-frosted turnovers in Nebraska, next to a featured story about an area college student who was sexually assaulted. And I’m saying: oh, come on.

Meanwhile, the Star has yet to announce when new editorial board head Colleen McCain Nelson starts. So we don’t know how much longer the paper will inflate its opinion pages (and its homepage) with borrowed-white-paper As I See It columns, the lead-handed cartooning of Lee Judge, and the foamy-mouthed ravings of syndicated trolls Charles Krauthammer, Jonah Goldberg and Doyle McManus — a nonsystem that leads to intelligence-insulting pileups like this: 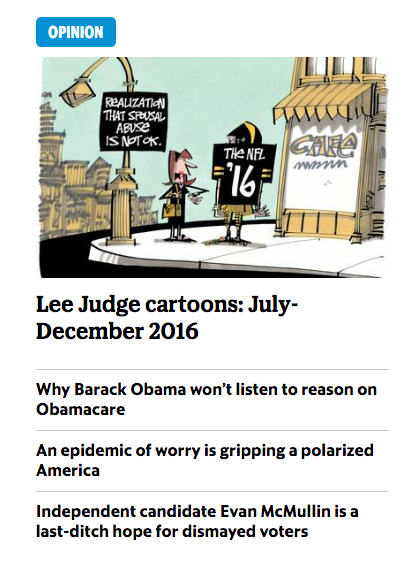 And we’ll probably never know why rookie publisher Tony Berg hasn’t felt compelled to say publicly why it was OK to punt the opinion section during the most eventful election cycle in modern memory. It would be nice to hear from him or Nelson just how they plan to rebuild the editorial board. It also would be nice if the results were serious and scrupulous, and if they included a zeroing-out of wacky constabulary notes and borderline-fake news.