Mills Record Co. feels like a Westport institution, even though the shop first opened next to Dave’s Stagecoach in May 2013. Less than a year and a half later, the shop expanded into a former vape store next door, doubling its size. Now, a couple of months after its third anniversary, Mills has moved into a much bigger space, around the corner at 4045 Broadway, the former home of Westport on Broadway Antiques.

The new 5,500-square-foot store is double the size of the original Mills, so The Pitch asked owner Judy Mills how long she’s been planning the move.

“For almost a year now,” Mills said. “I heard the antique mall was going out of business, and the building was just too tempting. The property owners [Tom Platt] and the managers [Vitale Realtors] have been beyond supportive, and they helped make it all happen. And it was an overhaul of a project.”

That remodel included refinishing the concrete floors, cleaning, painting, and moving tons of records. Additionally, the store installed a stage for in-store shows, which have become an attraction at Mills.

“Before we opened the store, there were no real in-stores happening in Kansas City,” Mills said. “I wanted to revive that as a way to support local music, introduce it to a new audience and provide an all-ages outlet. We like to bring in great bands, but we believe great bands can also be bands you’ve never heard of before, or bands that aren’t necessarily ‘cool’ or fully integrated into a scene.” 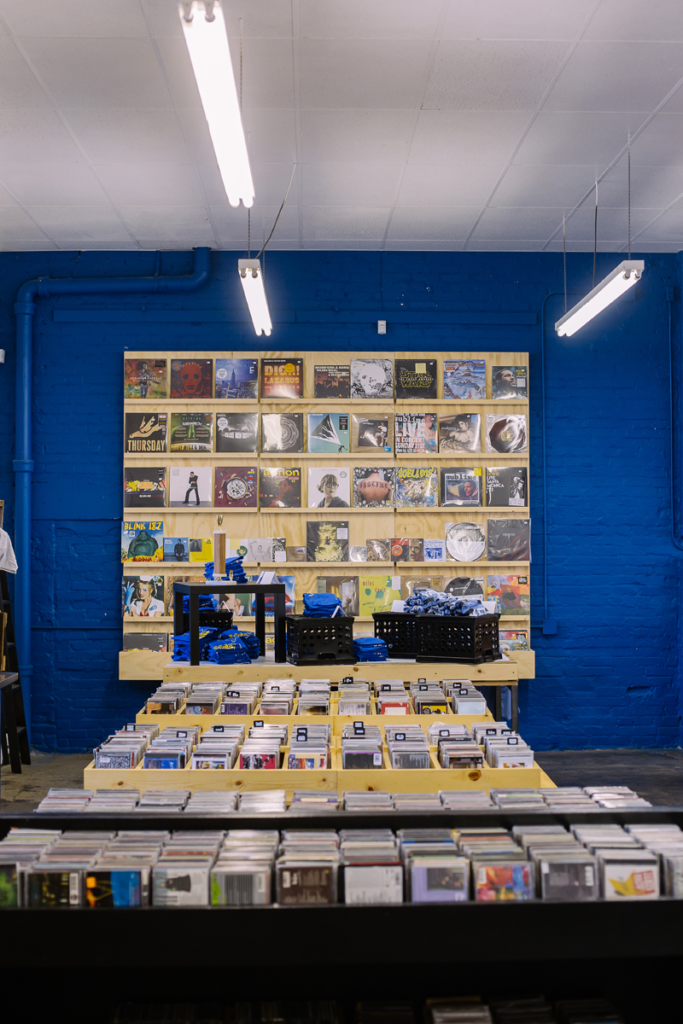 Doom-metal act Inner Altar and hardcore-thrash-metal quintet Altered Beast perform with Houston black-metal foursome Peasant Friday, July 22, as part of Mills’ month of grand-reopening shows. Altered Beast bassist Stephen Snow sees shows at venues such as Mills as a way to connect with all-ages crowds who might not get to see his band otherwise.

“[They’re] also a way to connect with people who aren’t likely to seek us out,” Snow said, a statement Altered Beast singer Ryan Leach echoed.

“Since Art Closet and Sandbox shut down, record stores are one of the few hardcore show options lately,” Leach said. “This is my first time playing an event like this. I hope we make an impression on some new faces.”

Inner Altar guitarist Neal Dyrkacz added that shows at places like Mills feel like a combination of a house show and an old-school music venue.

“Playing Mills takes positive aspects from each,” Dyrkacz wrote in an e-mail. “Inner Altar will play anywhere, from a basement to larger venues, so a Mills show allows us to find a union of the sets of people that would go to both.”

That’s a big reason her store hosts these shows, according to Judy Mills. People going to the shows get exposed to bands they’ve never heard of before.

“My favorite thing is when a customer gets caught up in an in-store that they just stumbled on and asks, with a puzzled look on their face, ‘Is this a local band?’ ” Mills said. “Yes. Yes, it is. Too many people don’t know what a huge bunch of talent we have here in Kansas City. Every great national band is local somewhere, and I’m happy to help connect customers to that fact.”