As Down Under, so Up Top: Summertime play and mortal thoughts at Rosedale Park 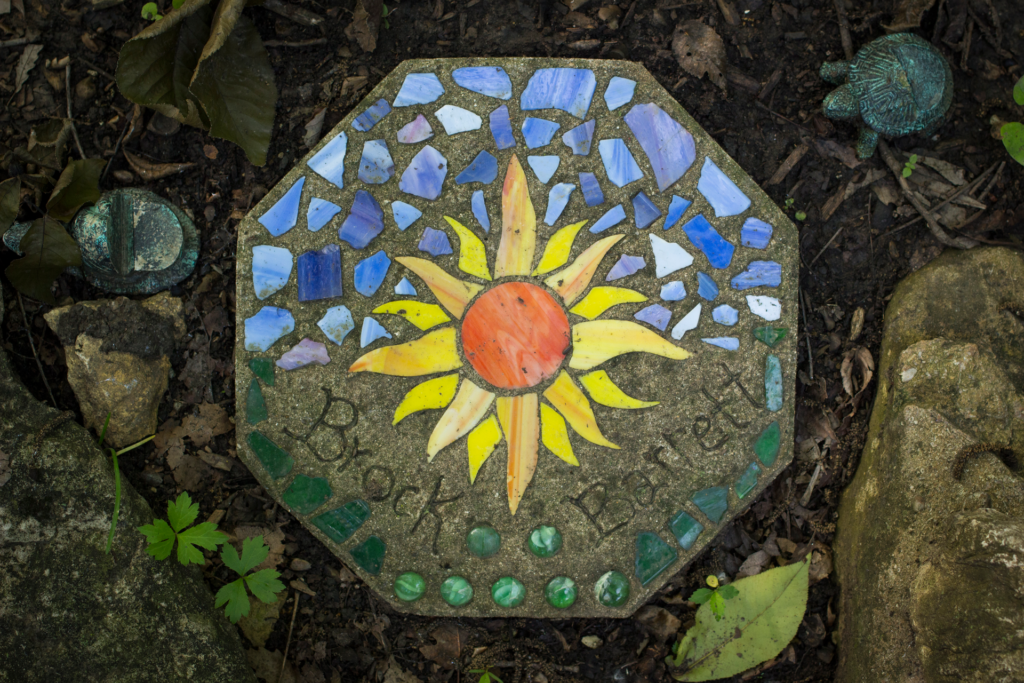 By most measurements, Rosedale Park is one of the happiest places in the city.

On weekends and summer evenings, families gather at its picnic shelter for barbecues and birthday parties. Children climb on the jungle gym, teenagers skateboard, and couples play tennis. Neighbors walk their dogs behind the softball field, where adult teams send the ball high into the floodlights but rarely manage to complete a defensive play.

Also, from dawn until dusk every single day, there is constant disc golf.

But there’s something else here, too. Spend enough time in Rosedale Park — among its trees and its hidden contours, or even at the center of its disc-golf course — and you’ll occasionally feel the presence of death.

For those of us from this corner of Kansas City, Kansas, Rosedale Park is a place of legend. I remember being driven there as a kid, the car cresting the Mission Road hill to reveal people playing soccer, flying kites or stretched across picnic blankets. Legends are not all sunny, though; as we grew up, we were instructed to avoid the park after dark. (By the late 1990s, following years of neighborhood complaints, the city had installed “head-in parking only” signs to discourage the park’s reputation as a cruising site for men.) And unless you were a fool or a serious pyromaniac, you didn’t want to be anywhere near Rosedale Park at any hour on the Fourth of July.

The first 18 holes of disc golf were installed in Rosedale in 1984, a year or so after my first visit. Disc golf is similar to regular golf, except that it’s played with a Frisbee as the projectile and a metal basket as the target. You throw from a concrete tee pad toward the baskets, each of which is marked with a flag. Unlike the golf of Sunday-afternoon nap television, this form charges no green fees and needs no costly equipment. It can get technical and competitive, but anyone can play — it’s a pleasantly mindless way to relax outdoors and get faded with your friends.

It was in just this way that I rediscovered Rosedale Park as a teenager. In high school, my friends and I played disc golf on Friday afternoons, completing in 15 tosses what would take us only three today. After the round, we’d sit on the bleachers behind home plate and try to figure out which of our classmates’ parents might be out of town — not an easy task in the era of pay phones and pagers. On the way home, we’d pick up a sandwich or a slab of ribs from the barbecue counter that had just opened in the gas station up the road. The place would go on to become quite famous, but at the time we didn’t know what it was called. 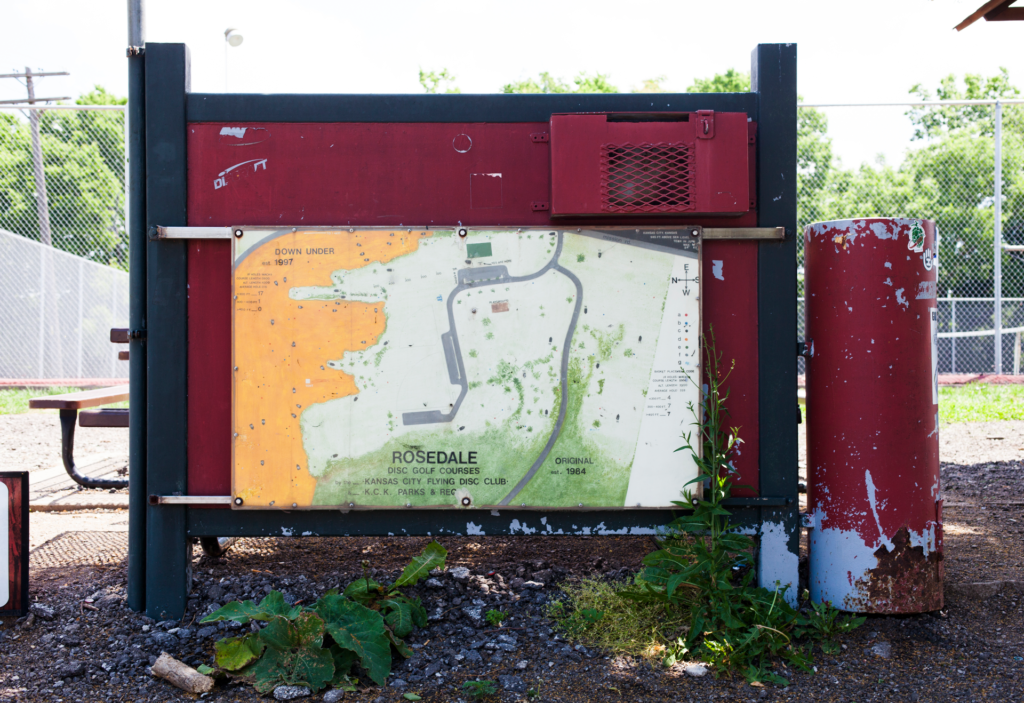 In 1997, a second course opened at Rosedale. Referred to as “Down Under” because it circled the hills and bluffs beneath the main course, this newer layout was shorter but more challenging than what was now “Up Top,” with its thick groves of trees, sharper drop-offs and varying levels of soil erosion. With 36 holes spread over 55 acres, and the sport becoming increasingly popular in the Midwest, Rosedale Park was on its way to becoming one of the sport’s top regional destinations. In 2009, Rosedale was one of seven area courses featured in that year’s Disc Golf World Championships, hosted that year on both sides of the state line. A sleeper destination for disc golfers for years, Kansas City was now officially on the sport’s greatest stage.

Even though he didn’t live to see the 2009 contest hosted by his hometown, Brock Barrett helped put Kansas City disc golf on the map. As a member of the Kansas City Flying Disc Club, he had volunteered with the design, landscaping and maintenance of the Down Under portion of Rosedale.

Brock’s friends in the KCFDC recall him as a lanky, bleach-blond sidearmer who could be found at Rosedale almost every day and was quick to lend instruction or an extra disc to a beginner. He was often joined by his dog, Zeke. He loved the band STS9.

I knew Brock only by reputation — he and his father, Mike, had worked on my parents’ home-rebuilding project in 2007. That same summer, at an Independence Day gathering with his family, Brock died when a 4-inch mortar exploded in front of him. He was 25 years old.  On Saturday, July 7, 2007 — the date of so many weddings that summer, thanks to its lucky-seeming numerical alignment — Brock’s family held his funeral. They invited friends to join them at Rosedale Park afterward to play a round Down Under, where some of his ashes were to be scattered. 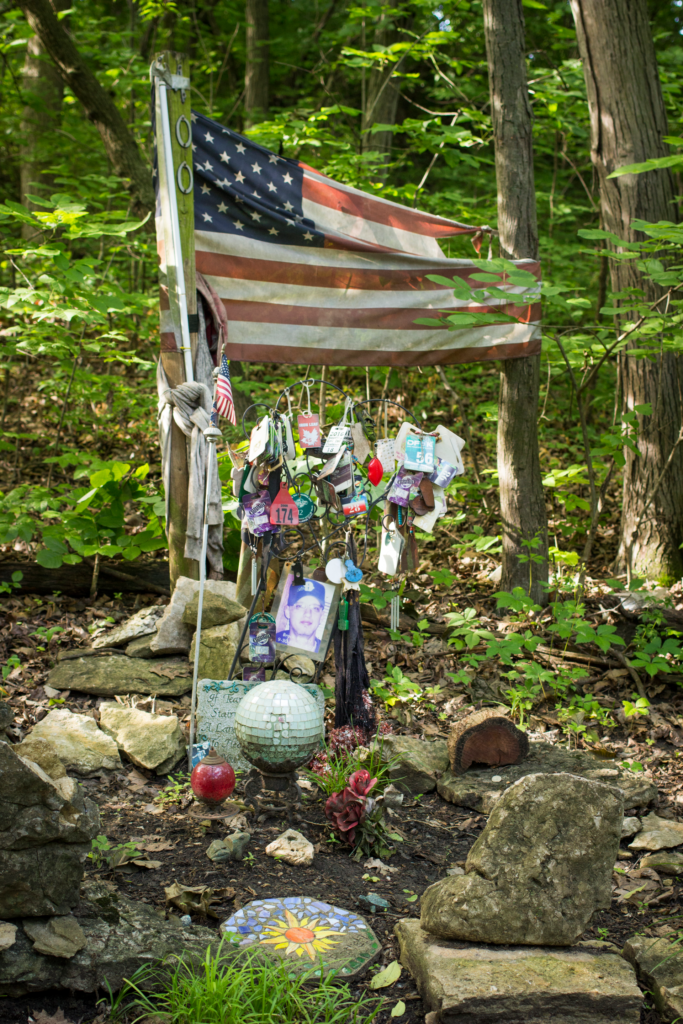 Even though I never met Brock, I can picture his face clearly. I know it because I often pass a laminated photograph of him Down Under, mounted within a ring of stones near the Hole 12 tee pad. Beneath Brock’s photo is a stone inscribed with his name and a short poem. Plastic tournament badges — his own and those of friends — dangle beneath the photo like dog tags. A dozen or so discs used to lay scattered or planted in the dirt, but over time they yielded to the elements and were discarded. An American flag is stretched between two tree branches, sun-bleached but otherwise intact. I’ve walked by the memorial a hundred times, but it still catches me off guard. The climb up from Hole 11 is steep, and by the time I get there I’m usually out of breath. With the sun streaming through the trees, the memorial can look almost cheerful. But in the early morning or the twilight, it appears more solemn. Looking at Brock’s smile in the photograph, you get the sense he’s only just departed, still looking for a disc that rolled outside his usual field of play. 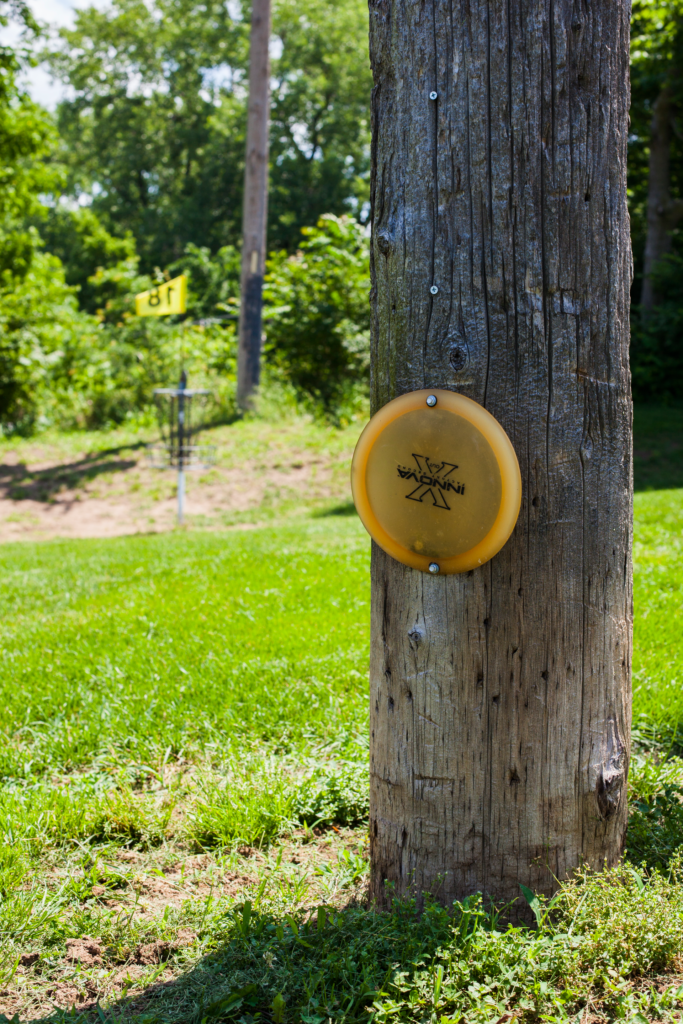 Brock’s memorial is not the only one of its kind at Rosedale Park, the site of at least two other shattering events.

On Saturday, April 26, 2008, 28-year-old Steve Baumgartner died when he lost control of his street-luge vehicle and veered into a tree. A Navy petty officer first class from Iowa who was on leave at the time, he had been training here for an unsanctioned tournament to be held at Rosedale Park the next morning. He was wearing a helmet and protective padding. The tournament was canceled.

Today, a small cross draped in flowers is planted beside Rosedale Park Drive, near the site of Baumgartner’s accident. It appeared around the same time as the crash, though the memorial bears no name.

And on Sunday, June 16, 2013, 27-year-old Nicholas Moeder was playing a wee-hours round of disc golf with a friend when he stepped on a downed power line. The friend tried to pull him clear, but by the time police arrived, Moeder was already dead. The line had been knocked over by a strong storm the previous day and reported, but it had not been removed. The Unified Government of Wyandotte County/Kansas City, Kansas, and the Board of Public Utilities later settled a lawsuit with Moeder’s mother.

Today a lone Frisbee is drilled into the utility pole near the site of Moeder’s death. The pole stands almost exactly between the final basket of the main course and the first tee pad. Occasionally, you see flowers wrapped around the utility pole.

Each time I play disc at Rosedale, I think of these three men, who shared common ground in the park but never knew one another. I think about their families. I want to tell them that their sons are not forgotten, that their enjoyment of life, the simple pleasure they took from being in this park, remains evident even to strangers. 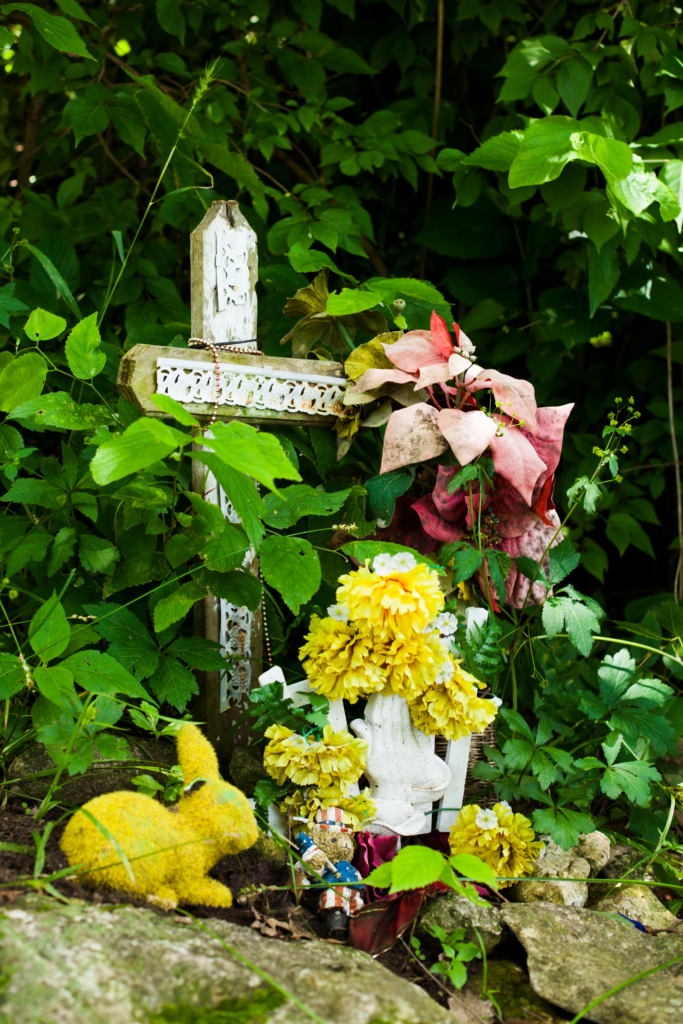 One night this spring, I went to Rosedale to play a round of glow disc, an activity made possible by taping a small LED light strip ($3 a pair at Dynamic Discs) to the underside of a Frisbee. I was in my favorite back pocket of the park when rain started to fall. At first, this didn’t stop me — I like playing in a light rain, or before or after a storm — but the first flash of lightning gave me pause. I remembered Brock, Steve and Nicholas. I headed for the car.

I sent a last disc toward the parking lot and thought about life as a Frisbee in flight: You take aim as best you can, but there’s no predicting where the thing will land. The arc can be long and graceful or unfairly interrupted by some unexpected force. Either way, there is flight.