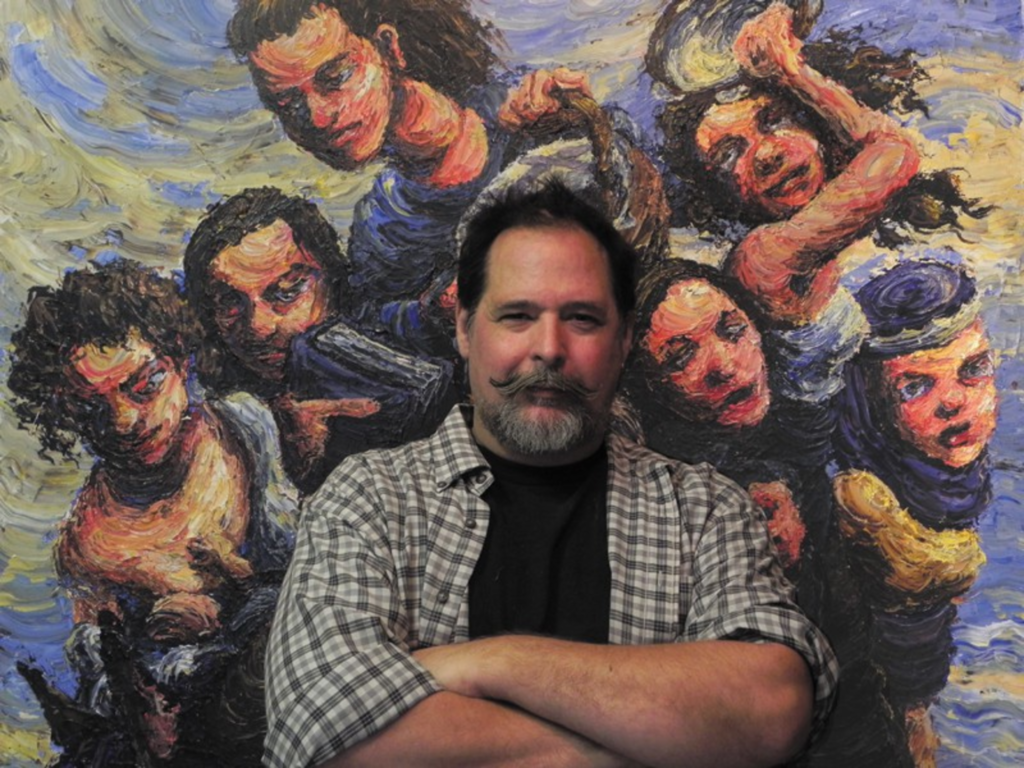 Artist David Goodrich, 52, died July 22 while hiking in Canyonlands National Park, in Utah. He had been on vacation there, and his last Facebook post, July 17, assured his friends, “I’ll be back with stories and photos.” Results of an autopsy are pending, but according to his sister, Denise Goodrich Frazier, preliminary reports suggest that Goodrich succumbed to heat exhaustion and dehydration.

Two summers ago, I reviewed his solo exhibition at the Leedy-Voulkos Art Center. At the time, Oklahoma native Goodrich had just returned from a similar solo road trip — to Los Angeles via Mesa Verde, Colorado, with stops in New Mexico and the Hopi reservation in northern Arizona. He was eager to share photos and stories from that adventure, and if you talked with him, you learned from him. He was an ardent student of mythology and history, especially the esoteric and the misinterpreted. Goodrich incorporated figures from a wide variety of Western cultures in his paintings — nymphs, saints, Icarus, the sacred buffalo — in a distinctly dramatic style. His colorful impasto — built in thick, roiling strokes — made his paintings appear sculpted out of clay. His imprint on Kansas City’s scene extends back three decades, when, as he told those of us who saw him recently, there was still “an underground.”

The Internet has changed that, of course, but it also has given us a way to share memories and share our collective feelings of loss. At press time, there were already uncountable tributes on his Facebook wall, and there remains an archive where we can still admire his work.