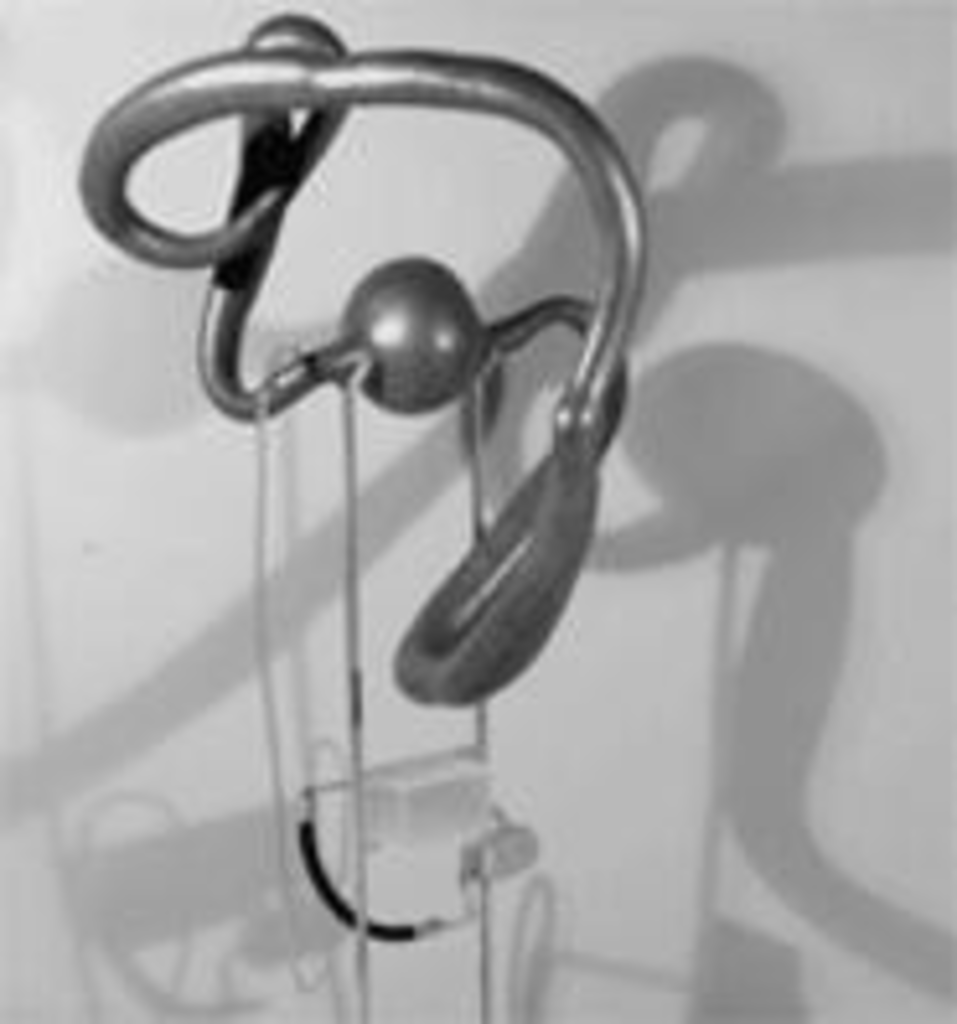 FRI 6/24
During the Holocaust, Nazi doctors tried to change eye colors and test the effectiveness of chemicals and poisons using Jews, gays and other “undesirables” as guinea pigs. These experiments are the subject of Lester Goldman‘s sculpture exhibit Issachar’s Surveillance, which opens Friday with a reception from 6 to 9 p.m. at the KCAI Crossroads Gallery (1908 Main). Inspired by a 2001 tour of medical labs in concentration camps, the Kansas City Art Institute professor’s work examines what he says are the “horrific issues that come from medical experimentation and misuse of the body.” Composed of fiberglass, gourds, plastic tubing, Plexiglas and iron rods, Goldman’s eight sculptures are coated with the same neon-green paint used on 2001 Volkswagen Beetles. He says this brings energy and beauty to works that viewers would normally find revolting — particularly given that some of the sculptures’ twisted forms resemble the victims’ deformed bodies. And though the sculptures remain rooted in the past, their contemporary relevance is also apparent; the exhibition’s titular sculpture sits atop Gitmo-orange fabric, evoking for us the humiliation of today’s “enemy combatants” in Cuba.

THU 6/23
Only the rich and the royal have ever had much of a chance to be immortalized in art. While emperors got bronze busts and the high-society set sat for portraits, slaves, soldiers and factory workers got their names on stones, if they were lucky. So we think it’s pretty awesome that a new public-art project memorializes Kansas City bus riders. Artists Davin Watne and Dylan Mortimer have been commissioned to create the $75,000 project, the first site-specific endeavor by the Art in the Loop Foundation. They’ve invited Metro riders to the Transit Plaza at Tenth and Main from 2 to 5 p.m. today for a photo shoot. Riders will pose as if they’re standing and gripping overhead straps on a bus; Watne and Mortimer will transform the photographs into life-sized metal cutouts to be permanently installed at the bus station. Call 816-522-6024. — Sarah Smarsh

Five-Step Program
The Olive Gallery conducts an experiment in art.

SAT 6/25
Back on June 1, the Olive Gallery started an art project, giving members of the public five written instructions for making figural drawings and postcards on which to follow those directions. As the postcards came back in, gallery co-owner Jill Kleinhaus and her crew documented the installation. The result is an exercise in process versus product. But even more interesting to us are the variations in perception — the different ways people can interpret the same set of guidelines. See the finished product at the closing reception from Something Similar to Happenstance from 6 to 10 p.m. Saturday at the Olive Gallery (15 East Eighth Street in Lawrence). Call 785-331-4114. — Annie Fischer

Sometimes, how-to books seem to exist for a narrow sliver of the population. Not so with Larry Roth‘s Political Frugality: Guerrilla Economics for the Demonized, Devalued, and Disenfranchised & Money-saving Tips for Everyone Else. Which pretty much describes everyone and likely guarantees a full house for Roth’s reading at 7:30 p.m. Friday at the Writers Place (3607 Pennsylvania). Call 816-753-1090. — Rebecca Braverman