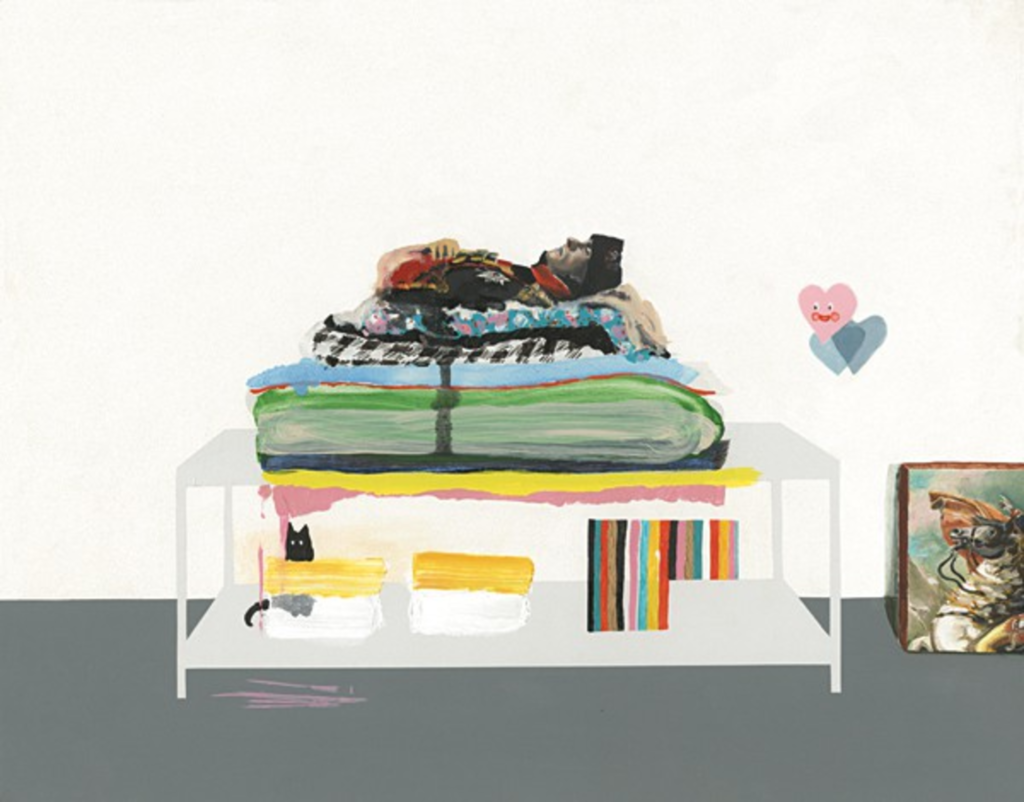 There’s a scene in Help! in which the Beatles walk up to their adjacent brownstones, bid each other goodnight and step through their respective doors, cutting to an interior shot revealing that all four entrances lead into the same large, awesome apartment. (How strange that most serious Beatles biographies omit the band’s unconventional living arrangement.) Similarly, the Paragraph Gallery, at 23 East 12th Street, and the Urban Culture Project, at 21 East 12th Street, have separate entrances into the same large space and often mount separate exhibits. Dual Singularity, the show opening with a reception at 6 p.m., joins both gallery spaces with a single exhibition by artists Brandon Barr and Justin Rulo-Sabe, exploring the chaotic and multifarious nature of art since the modern era. The works include painting, sculpture, videos and other media. Also opening: Out of the Frying Pan and Into the Fire, new work by Aaron Storck and Lee Piechocki. Like the home once shared in Help!, art has many doors — and it also has vending machines, a conversation pit and a grassy expanse of lawn. For more information, see charlottestreet.org.