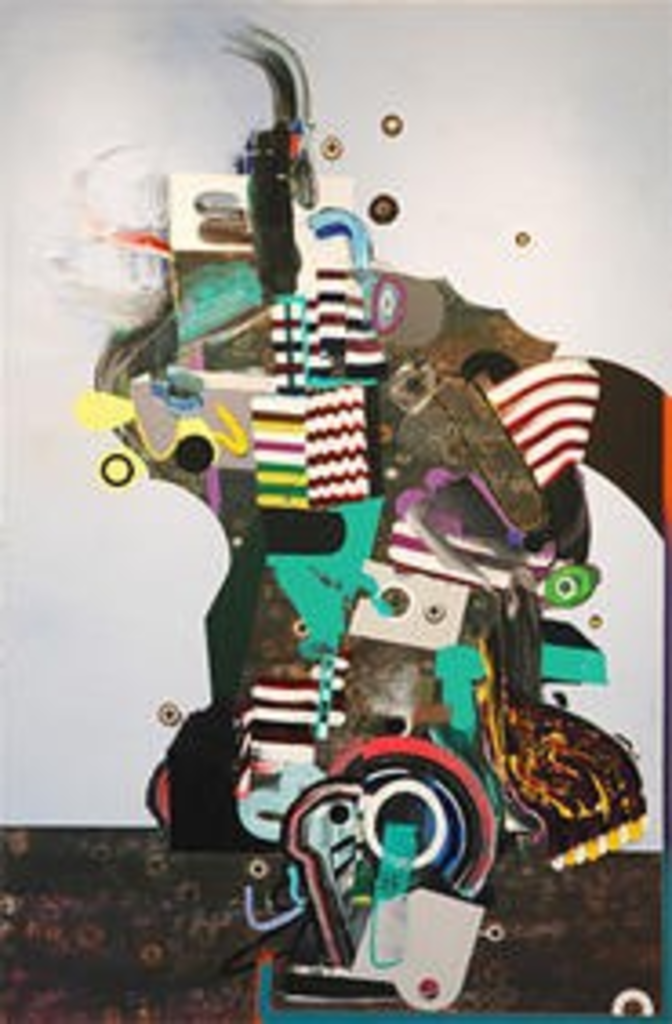 American Dream: In Question The second installment of the Belger’s American Dream series requires an open mind and an adventurous spirit. National artists such as Robert Rauschenberg, Jim Roche, Renee Stout, Robert Stackhouse and William T. Wiley, among many others, share space with local artists Archie Scott Gobber and May Tveit, offering a variety of media with intriguing results. Rather than trying too hard to keep with the show’s theme of questioning the American dream, it’s probably best to just bask in the wide-open oddity on exhibit. Violence is a motif in many works, including Robert Arneson’s “The Colonel” sculpture, in which a mushroom cloud adorns the hat of an officer with hollowed-out eyes and sharklike teeth. For a brutal examination of the South, William Christenberry’s haunted lithographs offer a perspective on America that most people choose to ignore or forget. Through Feb. 2 at the Belger Arts Center, 2100 Walnut, 816-474-3250. (R.T.B.)


Homecoming The Johnson County Community College Gallery of Art and Village Shalom’s Epsten Gallery have teamed up to exhibit the work of 10 artists who used to call Kansas City home but now make their living — and their art — elsewhere. They’ve returned from many different cities, and although they all share a preference for abstraction over realism, their sources of inspiration are varied. Andrzej Zielinski paints bright and bowed ATMs. Eric Sall steals imagery from skateboard culture. Sandy Winters makes innovative use of aluminum foil in a triptych of paintings. Rashawn Griffin’s “Sculptures and Landscapes” collages have a brooding, introspective quality; one canvas whispers, “We’re dying. Can you help?” Through Jan. 28 at the Epsten Gallery (5500 W. 123rd St. in Overland Park, 913-266-8413) and JCCC Gallery of Art (12345 College Blvd. in Overland Park, 913-469-8500, ext. 3972). (S.R.)


It’s All Your Fault This group exhibition, ostensibly about “the mood of the country” after 9/11, is advertised not as Bush-bashing but rather as a place to ask questions: “How has the country changed? What have we become? How do we get out of the mess we are in?” Unfortunately, walking into this show is like entering a mental quagmire in a country with foreign aesthetics and an obscure language. Too many mental states separate viewer and artist in Ke-Sook Lee’s “Garden Flower” installation, which consists of rice paper cutouts hanging from the ceiling like white spiders. Lynus Young seems to be screaming all over the place in his installation “We’re All Going Somewhere,” with its unfulfilling assortment of sculpted objects, including a plush liver, a question mark, mushrooms, flowers and amorphous bright blobs. We despair of finding any hint of reality until we notice that one of Mary Wessel’s untitled paintings vaguely resembles a mushroom cloud. Through Jan. 6 at the Paragraph Gallery, 23 E. 12th Street, 816-221-5115. (S.R.)


The Naked and the Nude: Representations of the Body According to scientific estimates, human beings have been drawing human bodies for around 27,000 years. Yet it wasn’t until the 20th century that German painter Ernst Ludwig Kirchner categorically declared the nude to be “the basis of all fine art.” Kirchner is among the artists in the Nelson’s survey of drawings, lithographs and etchings depicting the naked (negative — unclothed, unsheltered, exposed) and the nude (positive — bold, at ease, free) by European artists from the 18th century onward. Themes are diverse: Apart from a pair of traditional free-standing nudes from Frenchmen Edgar Degas and Thjavascript:passCharacter(‘233’)odore Gjavascript:passCharacter(‘233’)ricault, Greek myths inspire Pablo Picasso (“The Rehearsal”) and Alexandre Jacovleff (“Theseus and the Minotaur”), and a scene from the Gospels is rendered in Emile Nolde’s etching (“Christ and the Sinner”). Edouard Manet’s aquatint Christ is beaten, vulnerable, naked — an ironic portryal of the man sent to restore the pre-fall nudity of Adam and Eve. Through April 27 at the Nelson-Atkins Museum of Art, 4525 Oak, 816-751-1278. (S.R.)


Remembering the Future Because of its diversity of media, this exhibition feels like five shows crammed into one. The eclectic arrangement isn’t jarring, though; it’s an inspired selection of 40 fantastic works culled for the most part from the Bebe and Crosby Kemper Collection. Themes of memory, loss and time string various pieces together in tangential threads, so the mechanical butterflies flapping their wings in soothing, wavelike motions in John Kalymnios’ graceful “Untitled (Butterfly)” logically connect to the suggestive, dreamlike videos in Bruce Yonemoto’s “The Wedding.” And for the concrete reality of death, James Croak’s cast-dirt “Dirt Baby” hangs on the wall like a foreboding omen. Deep and profound, this show creates new memories while examining the nature of old ones. Through Jan. 28 at the Kemper Museum of Contemporary Art, 4420 Warwick, 816-753-5784. (R.T.B.)


Lisa Sanditz: Flyover Missourian and painter Lisa Sanditz lives in New York but hasn’t forgotten where she came from. Her canvases portray the territory that her hip East Coast friends probably dismiss as flyover country. Closest to home is “Subtropolis,” an imaginative depiction of the world’s largest underground business complex, located in Kansas City. Her acrylics also cover Dollywood (“Dolly Parton’s Peaks”), Siegfried and Roy’s Mirage Hotel (“Pussy Den”) and “Oklahoma City on New Year’s Eve.” Sanditz colors as wildly as Matisse and doesn’t aim at representation; rather, she intensifies the essence of a place with abstraction and brightness. Through Jan. 7 at the Kemper Museum of Contemporary Art, 4420 Warwick, 816-753-5784. (S.R.)


La Visión de la Virgen All of the art she has inspired is proof enough that the Virgin Mary descended from heaven in 1531 to talk to a Mexican boy. Every year, the Mattie Rhodes Gallery exhibits the divine evidence. Artists send work from all parts of the country (this year, two of the contributors reside in a state prison in Ohio); most of it consists of reverential portraits that blend Aztec, Catholic, Mexican and American imagery. José Faus plunges deepest with his oil and acrylic “La Ni’a y la Santa Maria,” in which the Mary, wearing traditional, pre-Colombian clothing, looks anxious as a Spanish caravel is rising behind her — many of the Europeans who already believe in the Virgin Mary won’t recognize her face among the natives. An addition to this year’s show is Susan Dodd: Apparitions: Keeping Company with the Niño Queen. Dodd makes assemblages and collages consistent with the gallery’s Marian theme. Apart from “Age of Reason,” which rehashes, for the billionth time, an ironic portrait of a pious Catholic girlhood, Dodd’s work is surprisingly theological. “Kingpin” uses a miniature bowling alley to toy with freedom, fate and guardian angels. In “Annunciation,” a plastic figurine Madonna receives the hallowed message from the angel Gabriel, and the sundry symbols surrounding her are worth exploring. Through Jan. 20 at the Mattie Rhodes Art Gallery, 915 W. 17th St., 816-221-2349. (S.R.)