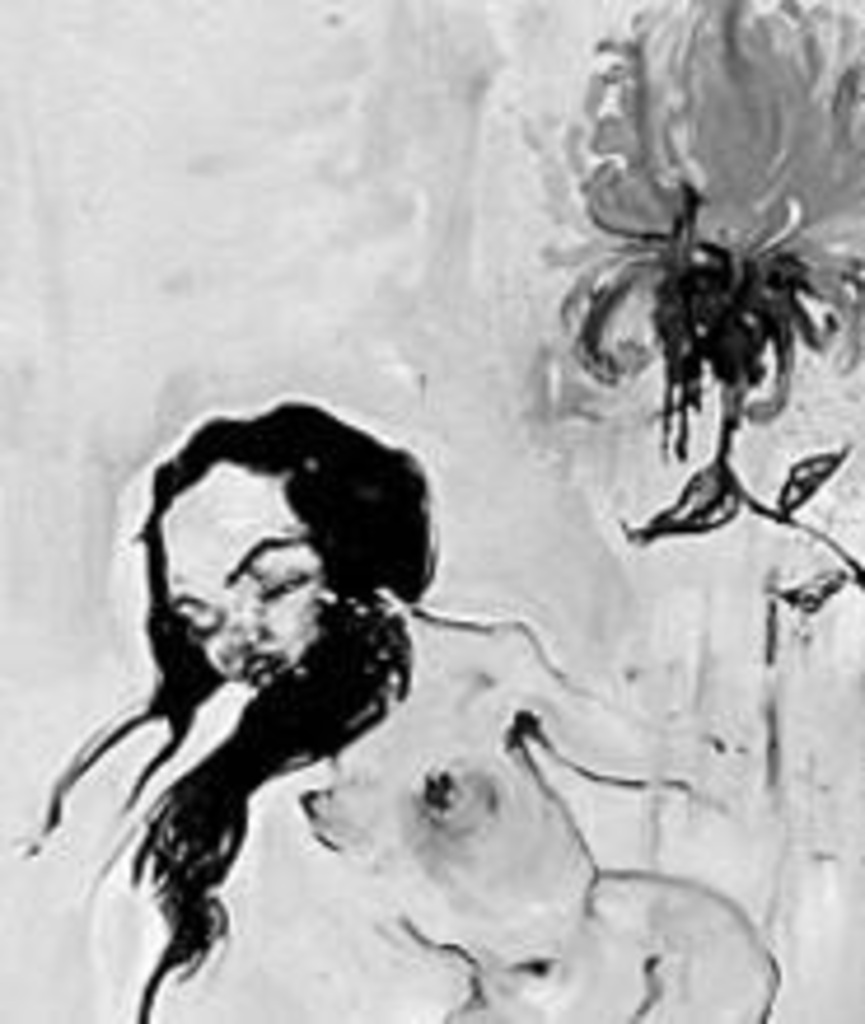 Avenue of the Arts “Silly” seems to be the overwhelming theme of this year’s Avenue of the Arts, a temporary installation of six public-art pieces along Central Avenue downtown. Kansas City Art Institute printmaking teacher Laura Berman’s “Cowboys and Indians” has a ‘zine-aesthetic-meets-the-USDA’s-latest-fruit-campaign feel, along with a 1950s-nostalgia twist: Large-scale, black-and-white, photocopy-quality images of children in cowboy and Indian costumes are attached to the walls of a parking garage between 10th and 11th avenues, though they have been holding fruit instead of toy weapons. (This piece is reportedly supposed to change as the summer goes by, so keep an eye out.) Mark Cowardin’s “Out in the Open,” between 13th and 14th streets, consists of (nonworking) kitchen, utility and bathroom sinks rising above the sidewalks with the support of their plumbing. Described as a “tourist viewer,” Maria Velasco’s “City With a View,” a replica of the pay binoculars (free here) often installed near the edges of scenic vistas, sits near the corner of 11th and Central. A look through the piece reveals notable downtown architectural landmarks, such as the Lyric Opera building, with office workers scaling walls and lounging on rooftops. Hesse McGraw, Rachel Hayes and Michael Jones McKean also contribute works. Through September on Central Avenue between 10th and 14th streets. (T.B.)

Black and White in America: Photography of the Civil Rights Era The essay accompanying Black and White in America: Photography of the Civil Rights Era reminds readers that before television became commonplace in the mid-1960s, Americans received their visual news through newspaper and magazine photographs. The stillness and detail of the images on display in this exhibit invite contemplation of the meanings and repercussions of the moments they capture in a way that today’s TV coverage cannot. The photographs include portraits, photojournalism and more personal artistic endeavors, but each of them embodies an element of the struggle for racial justice. Roy De Carava’s “Hallway-Harlem, New York” depicts a long, narrow corridor lighted with a single dingy light bulb and disappearing into a black hole of a shadow. He writes that the photograph reminded him of the hallways he walked through as a child in Harlem. “They were poor, poor tenements, badly lit, narrow and confining, hallways that had something to do with the economics of building for poor people.” Through Oct. 3 at the Nelson-Atkins Museum of Art, 4525 Oak, 816-751-1278. (T.B.)

Good-Time Mix Machine Scrambler Drawings One Saturday afternoon in early September, at a gigantic empty warehouse, Rosemarie Fiore turned on the hair-band tunes and set to work creating a massive spyrographic drawing in front of an audience of art enthusiasts. Using a remote-controlled timer, Fiore directed a gas-powered spray mechanism attached to the passenger car of a Scrambler carnival ride. As the ride spun, the car left behind a trail of blue, red and yellow loops on the canvas and vinyl covering the ground. Unfortunately, looking at the drawings that resulted is not nearly as much fun as seeing the Good-Time Mix Machine in action — the process involved in creating Fiore’s work may be more important than the product. The drawings and video documentation are at Grand Arts, 1819 Grand, through Oct. 16. (T.B.)

Grotesque Of the nine oil paintings in Lawrence artist Molly Murphy’s first Kansas City show, six sold on the night of the opening. It helps that the paintings are reasonably priced, but that wouldn’t matter if Murphy’s work didn’t inspire the kind of gut reaction that it does. Each skillfully crafted painting in the Grotesque collection focuses on a single female character, and each — in one, single frame — hints at a sinister tale. In “Cat Ate the Canary,” the cat is a mischievous-looking girl licking her lips; the bird is dead. A big-eyed brunette in “Oh! The Tangled Webs Reveal” gets her hair caught in some kind of reptilian-looking gray claw that, from afar, looks like a cobweb. The painting for which the show is named — “Grotesque” — looks a lot like an Egon Schiele. In it, a black-haired woman is naked in the foreground, flowers are in the background, and gestural brush strokes and open space envelop them both. In Schiele’s paintings, however, women are generally calm and expressionless. The woman in “Grotesque” is wide-eyed and open-mouthed. Screaming? Gasping? Your call. Using the techniques and trappings of high art and portraiture, Murphy is really giving her viewers one piece of a larger narrative — it’s a freaky comic book you write in your head with a little help from your friendly neighborhood painter. Through Oct. 9 at the Taxidermy Gallery, 1229 Union Avenue (in the old Post Office). (G.K.)

Interactive Systems Even though it’s upsetting to think that a robot might steal your job someday, much scarier is the possibility that one could steal your boyfriend. Rarely does this second possibility occur to us. That’s because we assume that robots have no personality, that they lack creativity, that they are not cute. But Interactive Systems, a display of robotic drawing machines built by University of Kansas sculpture professor David Bowen, questions all three assumptions. The cutest robots in the bunch are called “Self-Confusing Line Followers.” Placed on top of a circular piece of white paper, these robots trail black ink behind them; they’re trained to, with the help of light sensors, stay away from the lines they’ve already drawn and avoid bumping into one another. As a result, they make a lot of sudden turns, darting this way and that as people avoiding one another in a large crowd might do. When the gallery’s garage door opens, the sudden flood of light overpowers them, and off they run, drawing on the floor like true artists. Other robots include a material-removal device — which looks like a beautiful, high-tech jellyfish — and infrared drawing devices that move charcoal pencils in direct response to people moving around the gallery. Viewable by appointment through September at 1830 Locust, 816-471-3618. (G.K.)

Manipulated Realities: From Pop Art to New Realism Photo-realist artists feel the need to paint pictures that look as real as photographs — instead of actually taking photographs — because they are control freaks: As painters, they can control every detail. Each artist in Manipulated Realities, curator John Buchanan says, “manipulates reality in an effort to send an individual message.” For example, in a print commissioned for Myra Morgan’s collection, John Baeder changes the name of a diner to “Morgan’s,” and Richard Estes substitutes his own name for signage over a shop in one of his mind-numbingly detailed street scenes. But not all of the artists in this show are driven by ego. Richard Pettibone paints tiny reproductions of other artists’ full-sized paintings. Pettibone’s “Chris Cross: Hooker Headers” is displayed right next to Chris Cross’ “Hooker Headers,” an extreme close-up of a motorcycle in which a desert landscape is reflected in the bike’s chrome. Weighing in at an overwhelming 121 paintings, sculptures, prints and photographs, the show would benefit from some editing, but overall it’s a great opportunity to see a lot of realist art in one spot. Through January 7, 2005, at the Belger Arts Center, 2100 Walnut, 816-474-3250 (T. B.)

The Strange and the Fantastic If NBC ever decides to bring back Freaks and Geeks, a show set in 1980 that follows the tribulations of social misfits at a Michigan high school (unfortunately, it was canceled after its first season), its producers should add an artsy character and hire Kris Kuksi to create that character’s artwork. Kuksi’s paintings, drawings, collages and sculpture are the perfect combination of freakiness and geekiness — his technically adept work looks as though it could grace the cover of a ’70s rock album or a fantasy trading-card game. “Song for Irina,” for example, re-creates the creepy feel of an old-timey black-and-white photograph in which the subjects had to sit still for several minutes in order for the film to register an image. Yet here, Kuksi has drawn a woman’s head on a skeleton wearing an elaborate headdress of fur or feathers. The woman’s eyes are half-closed and shrouded in a dark, charcoal shadow, and her lips are slightly curved into a Mona Lisa half smile. Through Oct. 30 at the Leedy-Voulkos Art Center Back Room Gallery, 2012 Baltimore, 816-474-1919. (T.B. )

Women Are Beautiful Garry Winogrand walked around with his 35-mm handheld Leica, shooting photographs of unsuspecting women at parties, lounging in parks and walking down busy city streets. Eighty-five of those photographs make up the Women Are Beautiful portfolio, which is on display in its entirety in the Kemper Meeting Room. Despite a bit of T&A, this show is no Girls Gone Wild. In most cases, Winogrand’s subjects are unposed and at ease, unaware of the camera. These pictures share more similarities with snapshots than with portraits; the compositions have unusual angles and a quickly executed feel. Audience reaction to this not quite politically correct exhibition has been mixed; check out the comment book to read such gems as “Interesting that he could have photographed so many women’s breasts with out their permission and not be decked by their boyfriends. Or was he?” Through Oct. 24 at the Kemper Museum of Contemporary Art, 4420 Warwick, 816-753-5784. (T.B.)