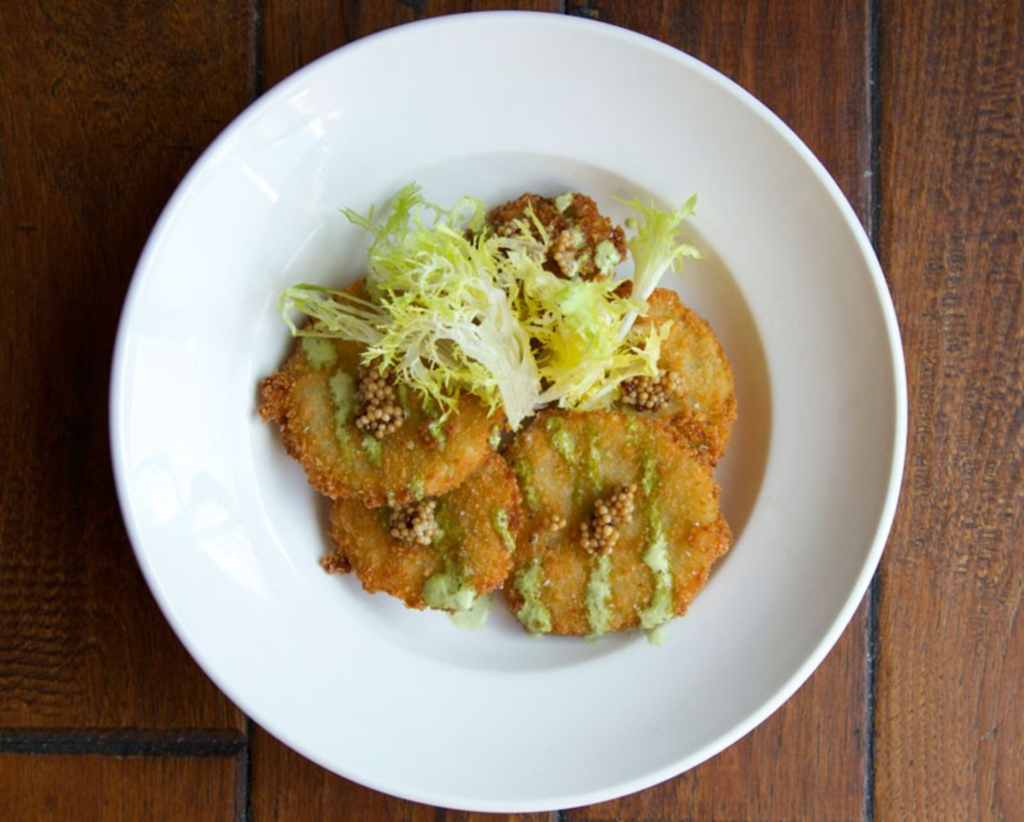 It’s impossible to overestimate any one province’s affinity for its local pizza. What sounds like an indistinctive variation in shape or preparation technique to you and me is someone else’s platonic pie, the pizza Rosebud of that person’s youth. Just last week, one of my co-workers patiently explained to me the magic of a Detroit-style pizza: “Like a square, deep-dish Sicilian pizza,” he said, “but with a heavily buttered crust.” That’s nothing I need, but he’ll eat enough for both of us, I’m sure.

A bit closer to home, I’ve just been introduced to the Greece-by-way-of-Missouri pies served at the recently opened Arris’ Pizza, in Lenexa. It’s legendary, they say, in Jefferson City. That’s where Greek-born Arris Pardalos opened his first pizzeria, in 1961. The place has developed a devoted following in the half-century since, and the Arris family has franchised restaurants in three other Missouri towns.

What makes Arris’ pizza Greek? That was my first question to the Lenexa venue’s owner, Matt Alexiou, who runs the operation with his wife, Anne. (As a teenager, he worked at the Arris’ Pizza in Jefferson City.)

“It’s a thinner crust,” he told me, “thinner than New York–style pizza. The pizza is round, but we cut it into square pieces. The thing about Greek pizza is the toppings. We like a lot of toppings, especially with Mediterranean ingredients, like Greek sausage, feta cheese and, sometimes, gyro meat.”

Most of the 21 pizzas at Arris’ Pizza boast names inspired by Hellenic culture: the Atlas (marinated chicken, bacon, spinach and Roma tomatoes), for instance, and the Zeus (Greek sausage, Roma tomatoes, artichoke hearts, and both feta and mozzarella cheeses). Of course, not all of the ingredients can be traced to Greece — the Poseidon is made with barbecue sauce — but a theme is a theme.

What intrigued me more than the pizza, though, were the “Greek Dinners” on the menu. Kansas City isn’t exactly swimming in the Aegean when it comes to Greek restaurants — I can think of only two — so when someone new claims to offer spanakopita, I go. Arris’ Pizza is not a Greek restaurant, but Alexiou means to add more substantial Greek meals to the kitchen’s repertoire, and he has started with that, plus a plate of pork souvlaki skewers, a gyro platter, and a grilled chicken breast marinated in herb dressing.

At Arris’ Pizza, the gyro meat and baklava, like the feta cheese, the spanakopita and tiropita and pita bread, are all imported — from Chicago. That’s not necessarily a negative, and the choice makes for a savory phyllo dough that’s rare around here. The pastries that Arris’ serves (the tiropita is a feta construction; the spanakopita has cheese and spinach) are artfully made circles instead of the traditional wedges or squares, and the flavor suggests a very salty, very hot sweet roll.

The kitchen isn’t consistent yet. The gyro sandwich — half beef and half lamb — that I tasted on one visit was very moist and well-seasoned but was chewy the next time. The succulent pork souvlaki was beautifully prepared, with just the right degree of tenderness. The grilled-chicken sharas was flavorful but on the dry side.

“We’re still getting on our legs here,” Alexiou told me. Still, what the restaurant lacks in slickness and intimacy — you could roll a Trojan horse or two into the dining room — it makes up for in potential and an eagerness to please.

The pizzas I tasted were generously cheesy and, as Alexiou promised, heavy on the toppings. Most of the time. I swear I couldn’t find anything resembling an artichoke heart on the Zeus, but my dining companion insisted that she had bit into something artichoke-like under the thick, bubbling blanket of cheese. Alexiou says Greek pizzas lean heavily on meats, and the house pizza is laden enough to lean on yourself: ground beef, pepperoni, cotto salami and house-made Greek sausage share space with red onions and green peppers.

I’m not sure I want to try a pizza with hummus as one of the ingredients, but I like the fact that it’s one of the topping options here. I did eat some of this restaurant’s roasted-red-pepper hummus (on a wedge of soft pita bread), and it was very tasty. As it should have been. It was from Chicago.