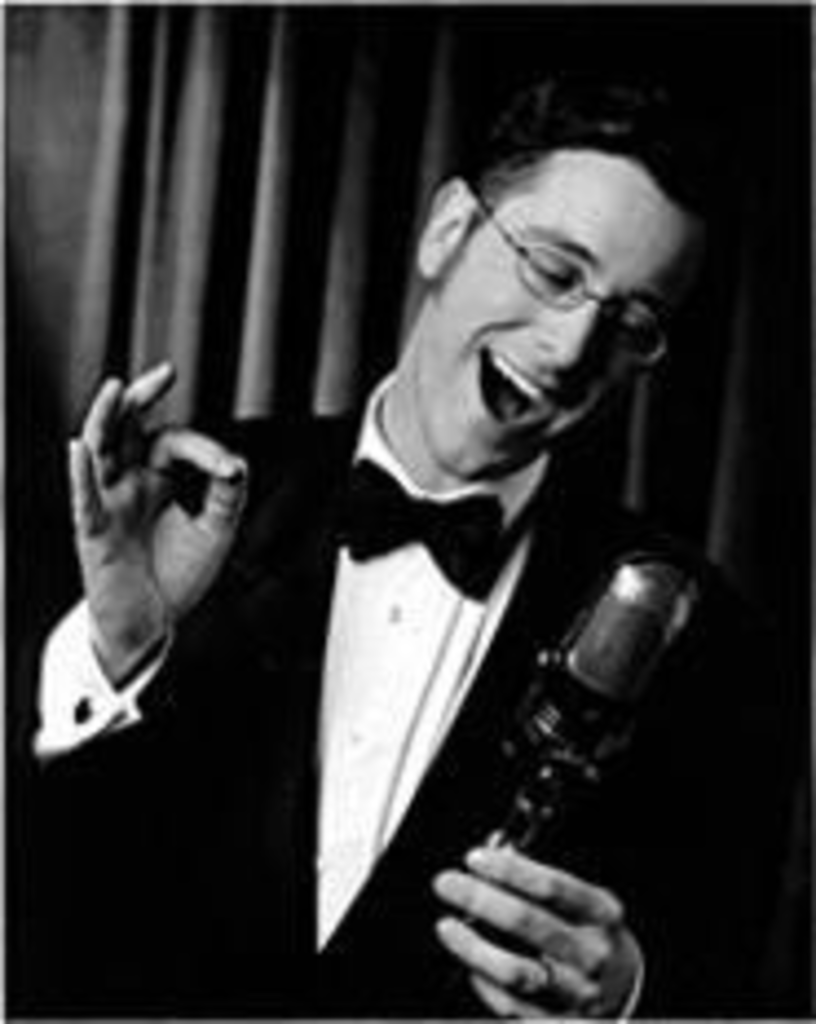 Now that the mainstream swing craze is gone, daddy, gone, some of its temporary stars continue to haunt tiny clubs, pursue session work or reinvent themselves in musically fashionable ways. Cognizant of the fact that Dave Stephens, leader of the Klammy-winning Dave Stephens Swing Orchestra, hasn’t been making many public appearances of late, local music fans might have worried that he too had become a liner note or joined a nü-metal band. Fortunately, Stephens avoided the fate of so many deadbeat daddies by marketing his ensemble to private parties, corporate gatherings, weddings and even Disneyland on New Year’s Eve. Oh yes, and in his spare time he’s dedicated himself to conquering the world.

The world’s music, anyway. During a honeymoon in Hawaii last year, Stephens became intrigued with the possibility of starting a Hawaiian-music band. Upon his return to Kansas City, he realized that such an esoteric approach probably would flop, but he remained aroused by the idea of constructing an aural travel guide. Teaming with guitarist Rob Fleeman, a bandmate from the Swing Orchestra, Stephens envisioned a band that paid loving (and often lustful) tribute to exotic locations such as Maui, Venice and Brazil. Enlisting versatile percussionist Gary Helm (from Sons of Brasil), guitarist Jake Blanton and bassist Jeff Harschbarger to join Swing Orchestra alumni Jurgen Welge (drums) and Steve Patke (flute/tenor sax/clarinet), Stephens created The Continental Affair, which made its first appearance last Bastille Day (July 14) at Le Fou Frog.

This alternate musical direction spurred a songwriting flurry from Stephens, who penned only three originals for the Orchestra’s interpretation-heavy album Swing Out! “It’s easy to be inspired when you’re dealing with subjects like sex and travel,” he explains. Starting with a song titled “Hawaii Honeymoon” that chronicles his fateful trip, Stephens unleashed one new tune after another, with the welcome challenge of writing in vastly different veins all but eliminating the threat of writer’s block. Titles of note include the calypso-flavored “Rumgroove,” the perky ska jaunt “Tropical Wishlist” and “Imprisoned Pleasure,” which depicts the plight of a couple trapped in their Fiji Island bungalow because of stormy weather. (“They can’t go out, so there’s only one thing to do,” Stephens explains with a smirk.)

When he tallied all of his fresh creations on a list that also included probable covers, Stephens discovered, “honest to God,” that The Continental Affair had a 69-song arsenal. “It’s so appropriate because the theme of the band is romance and sexual innuendo,” he crows. Stephens plans to get rid of one old song for each new one he writes, thus preserving the number.

A quick glance at a list of candidates for inclusion on the group’s summer release, Holiday L’Amour, reveals a song called “Untitled,” which would seem to be first in line for the reaper’s scythe. Making its demise all but absolute is the fact that this tune is a Russian waltz, a style and region that Stephens plans to mine no longer. “We don’t do all kinds of international music,” Stephens clarifies. “We want to stick to internationally renowned romantic hot spots and paint pictures of those scenes. With a Russian waltz, I picture bread lines and extreme cold.”

Stephens expects results from the tension created by The Continental Affair’s infectious rhythms, coupled with its lyrics about affection-filled getaways in paradise surroundings. “If you bring a date to see this band, you’re guaranteed something when you get back home or your money back,” Stephens assures.

The Continental Affair drives home its intentions with single-entendre slogans, claiming that the band provides “musical foreplay for your dating and mating enjoyment” and that “You’ll respect them in the morning.” Some of the sauciest bits have yet to appear (Jardine’s, the group’s most frequent forum thus far, isn’t the most appropriate environment for working blue), but Stephens promises to hold nothing back at The Continental Affair’s inaugural engagement at The Hurricane on Wednesday, June 6. Following this concert, Stephens’ group will appear regularly on Sunday nights at the venue, as the Swing Orchestra once did.

Although The Continental Affair dominates his schedule and will do so increasingly once it’s time to record and mix Holiday L’Amour, Stephens’ swing band remains active. But whereas that group once played eight or nine gigs each week, Stephens has scaled back to three shows per week at most, with nearly all being private parties. There’s been a shift in his priorities, one subtly evidenced by Stephens’ preference in footwear — the trademark two-tone wingtips have been replaced by the type of shiny, classy dress shoes favored by international playboys everywhere. The Swing Orchestra still pays the bills, but The Continental Affair may promise to pay bigger dividends.

“I see this band playing the ultimate gigs: resorts in Hawaii, a Caribbean tour,” Stephens envisions. “It would all be cushy gigs. Beats the heck out of driving from one club to another in the van.”