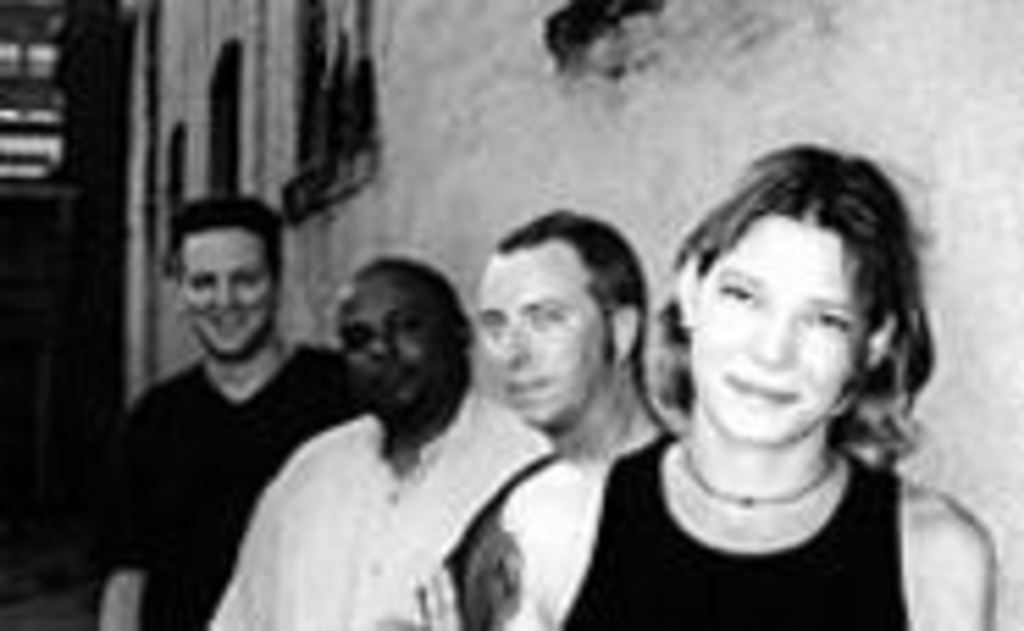 It’s been a while since either Season to Risk or Kristie Stremel has released an album, but these artists haven’t faded from the local music scene. This year, Season to Risk, on the strength of its high-energy, higher-decibel live show, claimed the inaugural Best Metal/Hardcore award at the Klammies. And while in the process of assembling a band, Kristie Stremel has performed acoustic shows accompanied only by guitarist Chris Meck, attracting a new crowd that might have found her earlier offerings too noisy while still presenting familiar melodies to her longtime fans. But popularity is relative, and both acts figure to increase their fanbases exponentially with the impending release of their stellar new records. Even better, no one had to sell any souls (or fire band members) to land deals with established independent labels that offer expansive distribution and access to impressive publicity machines.

Season to Risk’s The Shattering will blow minds, and not with sheer volume. Opening with video-game-style bleeps that bleed into siren-wail guitars and ending with a sample-heavy fog that buries chirping birds in fizzy static, The Shattering merges the group’s trademark anvil-drop rhythm section with electronic experimentation. With every member contributing synthesizer parts, the group produces everything from the poppy wee-ooh sound favored by The Get Up Kids to brutal industrial-style thuds.

Steve Tulipana‘s long-distorted vocals are finally free to breathe on several tracks, and the resulting songs (“Straight and Narrow,” “Ace of Space”) offer an appealing blend of hard-driving riffs and hazy melodies that’s reminiscent of the Deftones‘ White Pony. But far from representing a new direction for the band, those tunes reflect its past. They were written in 1999, before the group’s current lineup (Tulipana, drummer David Symth, guitarist Duane Trower and bassist Billy Smith) solidified. The newer material capitalizes on the expanded guitar repertoire of Trower and the songwriting experience of Smith, who became the first member of Season to Risk other than Tulipana to write lyrics for one of the group’s songs. (That tune, the eerily effective “Last Breath Aboard,” ends with an overlapping chant of “S.O.S.” that loses form and fades into a blur of hisses and moans.)

“Last Breath Aboard” communicates haunting desperation, but “Or Highwater” is The Shattering‘s spookiest song. Over a spare, barely moving backdrop, Tulipana gurgles his vocals in a morose deadpan that recalls the hellish delivery of Type O Negative‘s Peter Steele. His duet partner, former Babes in Toyland screamer Kat Bjelland, sounds like a horror-movie witch whispering a warning that wafts through a darkened forest, barely loud enough to rustle the leaves but instantly chilling. The final product might have been even more sinister, but the group decided against using a track on which Bjelland mimicked Tulipana’s demonic bass. “It was creepy and weird, but it didn’t fit,” Tulipana explains.

Season to Risk hasn’t yet decided how to recreate “Or Highwater” for its live show, but it has found a way to add “Despair” to its set list. Filled with ghostly keyboards and jarring metallic crashes, “Despair” plays like the soundtrack to a documentary about a haunted factory. Its electronically manufactured core resulted from an extended improvisation session in the studio, but instead of attempting to reassemble it on stage, the group will confine its clamor to an unsequenced sample loop. (Tulipana explains that the band will cue the sample manually, running it for as long or short as it likes, instead of playing to a preset click track.)

But for the most part, The Shattering‘s ambience shouldn’t be too difficult to recapture on stage during the band’s CD release party at The Hurricane on Saturday, August 25. Even more impressive than its electronic wizardry is the way Season to Risk uses organic instruments to achieve industrial-style effects. The guitars grind to a halt on “Mono Fuego” like a machine gradually shutting down; the bassline of “National Gomorrah” gurgles like a vat of toxic liquid; the riffs on “Demand” plunge up and down like the elastic arm of some monotonous assembly-line device. The group’s last album proclaimed Men are Monkeys, Robots Win — The Shattering sees Season to Risk mimicking machinery to achieve its own convincing victory.

Stremel didn’t get too high-tech when recording her All I Really Want, which was fine with her — she was just happy to be working with bass and drums behind her again. During a recent appearance on 105.9 KLZR’s local music show, Stremel unleashed the album’s torrid title track, which stunned several studio bystanders. “People forgot that I still like to rock,” Stremel says. “We were forced to do this acoustic thing for a while because we couldn’t find a backup band.”

Finally, her group appears to be set. After a week’s worth of auditions, Stremel and Meck selected drummer Colin Sweeney and bassist Mark Ellis to fill long-vacant slots. (Neither appears on the disc. Studio guru Lou Whitney adds his distinctive basslines, and Ron Gremp, his longtime collaborator in The Morells, handles percussion.)

Ironically, while Stremel is now equipped to pump up the volume, many of her latest songs are filled with slow, sliding guitars, vulnerable vocals and organ accents (courtesy of session player Kelly Brown). The disc’s most boisterous material is well-aged: The rocking title track dates back to Stremel’s stint with Exit 159, and “Good to You” is a long-standing fixture on her set list. Its freshest additions, “Twist” and “Turn My World,” are both mellow tunes with “love” featured prominently in the lyrics. “I’m feeling good,” Stremel explains. “Pretty upbeat.”

Stremel has plenty of reasons for optimism. Her record label, the Springfield, Missouri-based upstart Slewfoot, boasts a roster of impressive artists including The Morells, Duane Jarvis and Domino Kings. All of these groups, plus Stremel, embark on a week-long label showcase tour that hits the Grand Emporium on Friday, September 7. “It’s gonna be a hoot,” Stremel says, briefly eschewing her usual laconic delivery.

Stremel and Meck also get to sit back and let someone else promote their work, an overdue luxury. (Mark Pucci Media, an alt-country publicity powerhouse, handles Slewfoot’s bands.) “I’m excited about seeing someone else push the record,” she says. “That’s something I’ve never had before.”

“Bright Red Shirt,” the album’s final track, represents another first for Stremel. It’s her first collaborative lyrical effort, co-written by local songwriter Danny Chapman. “It reminds me of being loaded at a bar and having this little fantasy, but nothing’s really real,” Stremel says of the breezy tune. “It’s all slow-motion, surreal and movie-like.”

But despite her high spirits, there are a few sobering moments on the disc. “Good to You,” though upbeat musically, is a downer — a last-ditch attempt at making amends. “Single Day,” a tear-stained plea for redemption, starts with an engaging acoustic melody, then builds to an electric climax as Stremel wails give it a chance again. This moving tune has long been an emotional anchor of her performances, but fans will note that the line I won’t get fucked up and tell you what to do has been altered — it’s “messed up” on record. “I don’t know why I did that,” Stremel claims. “I think it just depends on my mood.” At her CD release party at the Grand Emporium on Saturday, August 25, Stremel should be in an exceptionally good mood — she’ll finally be able to say she has All I Really Want.