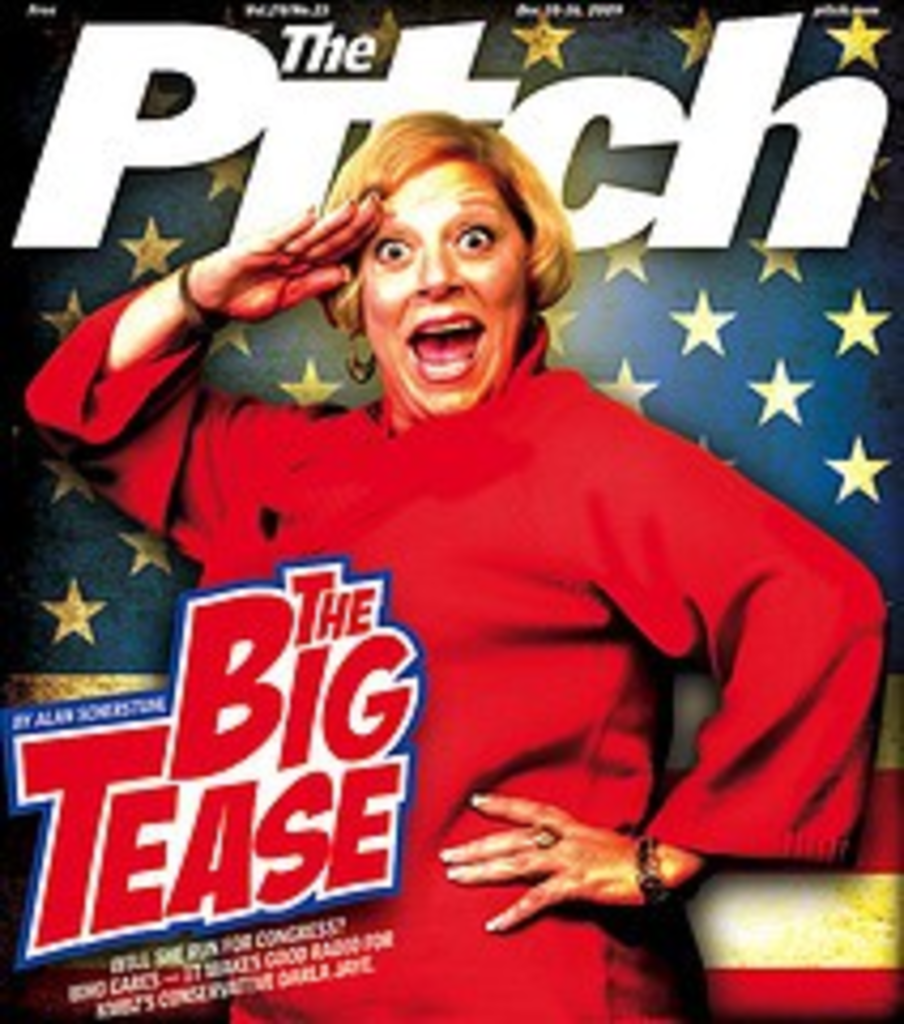 Interviewing KMBZ conservative talker Darla Jaye for this week’s cover story naturally involved arguing with her. That’s what she does for a living, after all, and when it comes to politics, she’s completely wrong about everything ever, so we were bound to get feisty.

(Note to the Darla-heads who seem astonished that my piece was not a gotcha hit job: The above sentence has a joke in it.)

Perhaps our most spirited exchange came when I presented the closest I had to gotchas, my principal criticisms of her show. One of the biggest: her habit of getting sputteringly mad about things that don’t seem to me in the least bit important.

That’s when I discovered for myself what many callers, including my father, had already learned. Arguing with Jaye ain’t easy. Even when you think you’re getting somewhere, she always has another subject-changing outrage to throw at you. I count three sudden changes of subject in the little playlet below. See if you can spot how her attempts to Jedi Mind Trick the liberal into a different discussion.

The Pitch: “Sometimes, you get just as worked up about something insignificant as you would about something important. The week Obama flew to Copenhagen to make his Olympics pitch, you were outraged that Michelle Obama described the trip as a ‘sacrifice.'”

The Pitch: “You leapt from that to saying, ‘No, it’s the soldiers in Afghanistan who are sacrificing.’ You raised your voice and said, ‘How dare she? How dare she?'”

Jaye: “I find her arrogant, and I find him incredibly arrogant. Obama had the report from General McChrystal by that point for 60 days, and she calls it a sacrifice to fly overseas to bring the Olympics to their hometown so everyone they know can make a buttload of money? Bullshit.”

More than a Number: Stories from locals who fought COVID-19 and won