The Giallo pioneer’s latest isn’t perfect, but it doesn’t need to be. 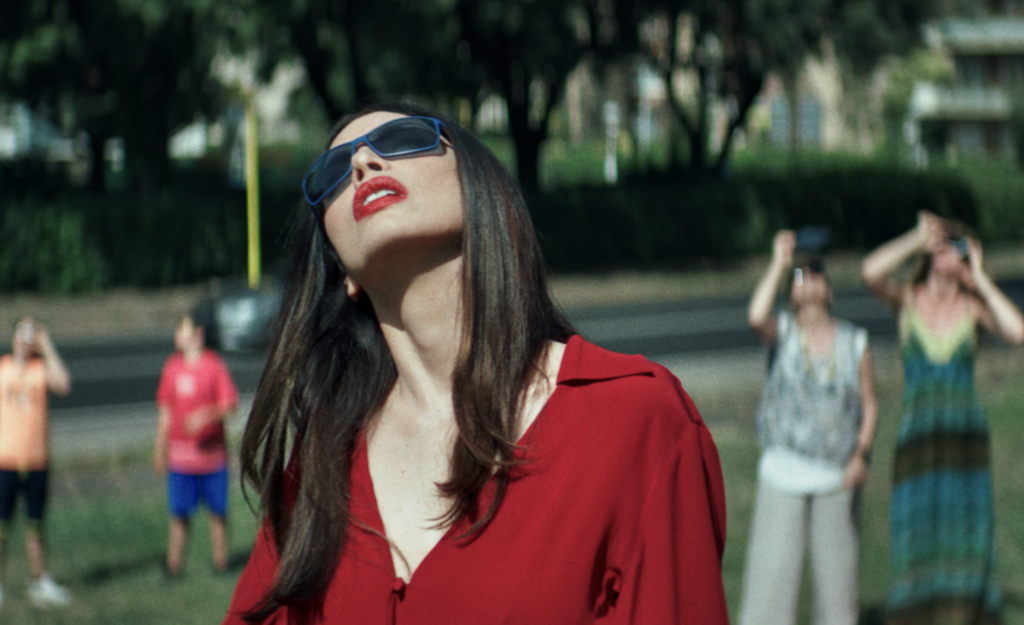 The prospect of a new film from the legendary Dario Argento is a double-edged sword in 2022. On one hand, the director hasn’t made a film in a decade, with the last couple of outings (Dracula 3D, Giallo, The Card Player) nothing to write home about. On the other, it’s always interesting to see what a seasoned veteran can bring to the screen, using a new crop of talent who grew up on the old movies, adapting to new technologies and a different cinematic landscape.

Even with all this, Argento’s latest, Dark Glasses works in large part—strangely enough—due to Argento resting on old story conventions and pure insanity the only way he knows how.

Within the first few moments, it feels like no time has passed for Argento, from Arnaud Rebotini’s puls-pounding score to a pastiche of off-kilter overlapping shots, quick jumps, and dog barks, underscored by an ominous discussion about eclipses.

This may feel relatively cheap compared to the sheen of Argento’s older works like Suspiria or Deep Red, but it certainly comes across as his voice. That sense grows and grows as vehicular mayhem, gory deaths, weird bouts of happenstance, and illogical leaps overtake what should be a simple narrative.

The story follows Diana (Ilenia Pastorelli), a high-end prostitute whose influential and rich clientele has allowed her a comfortable living. That is, until it puts her in the path of a serial killer with a penchant for offing sex workers. One night after a session she’s pursued by a white van that pushes her into traffic, causing a horrific accident. The incident leaves Diana blind and kills the two people in the front of the other vehicle, in the process orphaning seven-year-old Chinese immigrant Chin (Andrea Zhang).

What follows is a look at the struggles a freshly blind woman must overcome, including navigating new technology, a guide dog named Nerea, and working with a mobility coordinator, Rita (Asia Argento). Diana also still has to contend with the unrelenting serial killer, who conveniently waits to strike until Diana starts to get her bearings.

Dark Glasses is saved by a sense of macabre fun that flows through its abrupt 85 minutes. Nothing in the film is bad, all of it is competent and beyond, exactly in line with the maestro’s best work. Argento keeps a strange pacing with sudden action or bursts of loud yelling that (along with the requisite stellar gore work) should keep many viewers entertained, even if they’re scratching their heads in disbelief at the same time.

Dark Glasses isn’t without its rough patches, but in the context of the genre—and the groundbreaking filmmaker behind the camera—it all comes together. Argento reminds us why the many younger artists who try to mimic his heightened style often fall short by making the most of a small budget and available technology.

You may not always be able to teach an old dog new tricks, but that doesn’t mean they can’t still find ways to entertain you using what they know.