Are you ready for some (college) football? 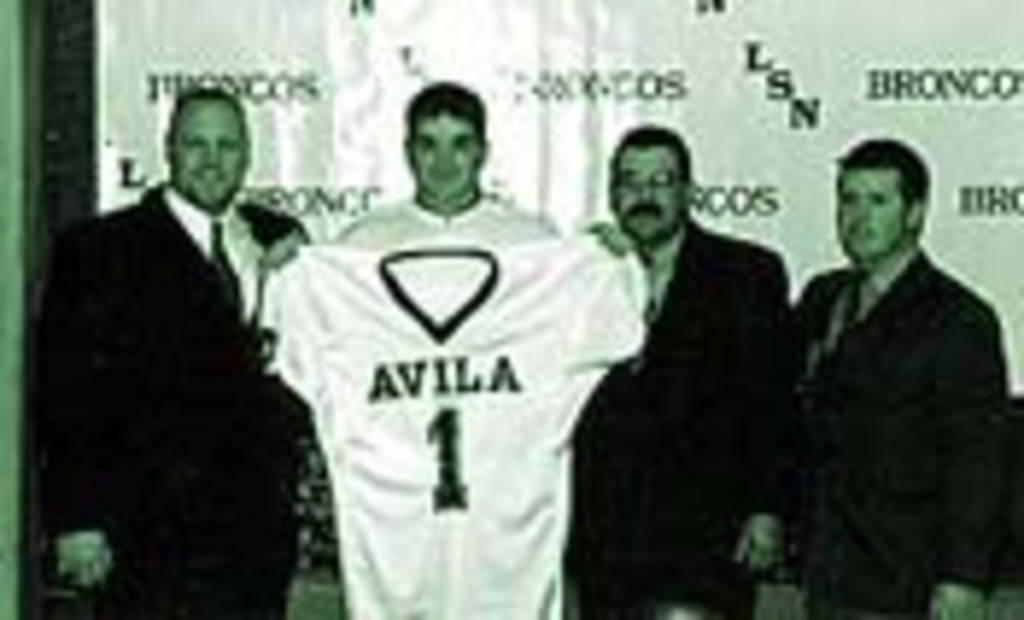 The quarterback takes the snap and veers right. Reading the linebacker, he pitches to the back just before getting gang-tackled. The back snares the throw and speeds down the sideline. Touchdown, Avila!

Avila? You heard right. Little Avila College, quietly nestled in the suburban hills of South Kansas City, is starting a football program completely from scratch. The team plans to boldly go where Avila has never gone before, fielding a team this fall to play a JV schedule and joining the Heart of America conference, which includes Baker University and MidAmerica Nazarene University, the following year. Taking on the impossible job of creating a college football team from scratch is head coach Tim Johnson. Improbably, he’s the answer to the trivia question: Which head college football coach once served the same role for the Oulu Northern Lights of Finland?

How did Johnson get from there to here? “I graduated from Rockhurst High,” said Johnson. “I tried to keep in the Catholic faith, so I went to Santa Clara, but I got homesick and wound up at William Jewell College, participating in the Oxford program. I stayed in Europe for 15 years and played for Helsinki Roosters, as their American player. Then I was offered the head job at Oulu, where my wife is from.

“But there have been people saying for years, ‘Wouldn’t it be great if they had football at Rockhurst or Avila?’ I was in Finland last summer, came home, and a buddy who graduated from Rockhurst High asked if I’d applied yet. We had gotten wind of it last January, but at the time they were tight-lipped. I went after it and I got it.”

The reasons for Avila to begin a football program are numerous.

“Understand that the main point of the strategic plan of Avila College is to provide a vibrant collegiate atmosphere for this school,” said Johnson. “They researched this. They felt that the co-curricular activities that would provide that atmosphere are dance, spirit squad, debate, intramurals, and football. They’re not saying, ‘Coach, can you give us a football team?’ They’re saying, ‘Coach, can you help us change the face of Avila?'”

This strategy is changing more than the perception of the school. Soon the changes will be visible to people who happen to cruise past 11901 Wornall Road.

“Avila is committed to making physical changes that will go hand in hand with the new programs,” Johnson said. “They’re going to add on to the existing fieldhouse, and they are going to build a 3,000-seat football/soccer stadium on campus, right on Santa Fe and Wornall. Right on the old Santa Fe Trail.”

Now Johnson and assistant coach Scott Frear, who have long-term connections with each other both in the United States and overseas, form the foundation needed to get this team off the ground. They like the reasons behind the initiative, and they relish the challenge of beginning something new.

“Coach Frear and I have been together since 1988. We’ve said if one of us gets a break, what about the other one coming? We are a dog-and-pony show. It doesn’t happen with him talking to me, or me talking to him,” Johnson said. “We have a lot more to offer than if this was a school with a 20-game losing streak and we were trying to turn the program around. Then we’d have to work on changing attitudes and perceptions. That was one of the upsides of this. It’s like a community college atmosphere.”

When we turn on the tube to watch ESPN Gameday, we easily forget all the details involved in making the college football machine happen: helmets, jerseys, vendors, pamphlets — and recruiting. Johnson, whose enthusiasm and passion for what he does is infectious, sees a lot of positives in an athlete’s coming to Avila. But he’s not looking for a player who sees school merely as a necessary inconvenience to get on the football field.

“We are committed not only to the weight room in the off season, but we have study hall year-round. We believe we must give support to kids who haven’t matured, so we’re trying to get our scholar-athletes to graduate by using study halls. Once you’ve learned to manage your studies, then you can go on with your social life. You won’t have much of a social life if you don’t know how to manage your studies.”

In addition to emphasizing the role of academics in their players’ careers, the coach and assistant coach plan to bring some revolutionary fitness programs to the team. As for their football philosophy: They like to run the option, put their best athletes on defense, and keep their team in the game with a chance to win at the end. As far as the recruiting grind goes, they already have their first signee. They hope to attract many more, especially by offering the chance to play next year and still have four years of eligibility, plus the chance to compete against others of their own age for positions, rather than competing against the juniors and seniors who normally dominate a football program. When somebody asks them next fall, “Are you ready for some football?” Johnson and Frear plan to answer with an emphatic yes.