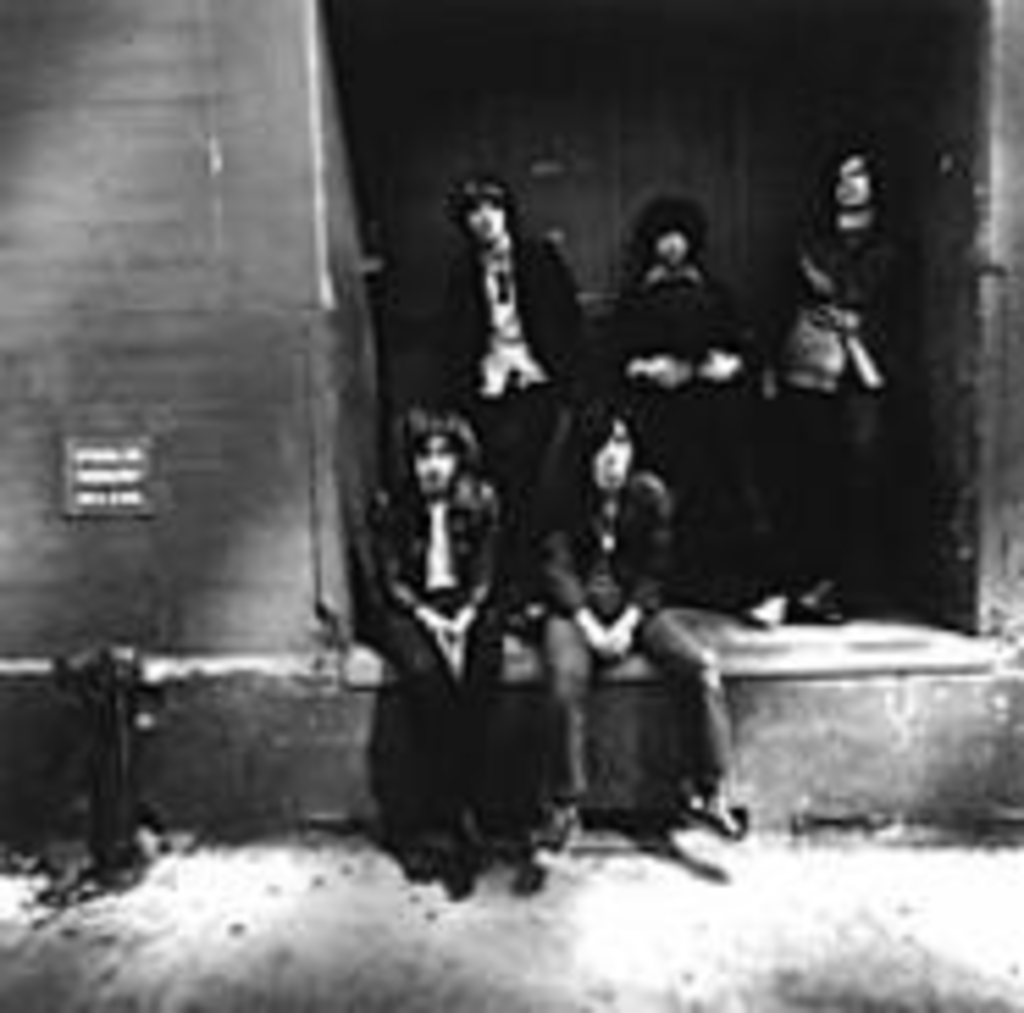 The first thing you don’t need to know about The Strokes is that its members are handsome. All five of them — singer Julian Casablancas, guitarists Nick Valensi and Albert Hammond Jr., drummer Fabrizio Moretti and bassist Nikolai Fraiture — are Gap-ad good-looking, with the right haircuts and the right wardrobe and enough style to pull it all off without trying too hard. They are a modeling agency’s idea of a rock band, shrink-wrapped in leather and denim and skinny ties.

The second thing you don’t need to know about The Strokes is that its members are young men of privilege. Casablancas met Hammond during a brief stay at a Swiss boarding school and hooked up with Moretti and Valensi at the Dwight School, a private grammar and high school catering to wealthy New Yorkers. Fraiture became part of the gang while he was attending Le Lycée Français on Manhattan’s Upper East Side.

The last thing you don’t need to know about The Strokes is that Casablancas is the son of Elite Models founder John Casablancas. This is, perhaps, the least important fact about the band and the most mentioned — cynics and critics always bring it up with a sneer, like some childhood arrest they discovered in Casablancas’ past, a crime he thought he had gotten away with. That he didn’t grow up with his father and the two don’t seem especially close is beside the point. But you might as well forget that too.

See, except for the eleven songs on Is This It, the young band’s just-released debut for RCA, everything about The Strokes is irrelevant. It doesn’t matter that none of them is older than 23, or that this is the first band for all of them. And it doesn’t matter that England’s New Music Express called the group “the coolest motherfuckers around right now.” Is This It could have been recorded by five ugly, overweight, introverted geeks from Ohio and it would still kick ass. But because it wasn’t, because all those other things have gotten in the way, mere mention of The Strokes elicits the same response: I want to hate them. Until you hear Is This It. Then it becomes, I want to hate them … but I can’t.

“Yeah, that’s pretty much what everybody says,” guitarist Nick Valensi agrees. “If I wasn’t in this band, and I was just, like, some kid, and I was an avid magazine reader who read about these guys constantly, I would hate us too without ever having heard us. But I think when people hear our record, they can acknowledge the fact that it’s good music, you know? That it’s of a superior quality to most of the stuff that gets played on the radio today.”

For all that’s been written about The Strokes, the band’s story isn’t much different from that of any other group — at least the first chapter. For a couple of years, the quintet practiced all night in a cramped rehearsal studio in Manhattan’s Music Building. Eventually, they became mainstays at hip clubs such as the Mercury Lounge.

Here’s where the story changes. Ryan Gentles, the Mercury Lounge’s booking agent, was so taken with The Strokes that he quit his job and signed on as the band’s manager. Besides using his contacts to score The Strokes opening slots for bands such as Guided by Voices and Doves, one of Gentles’ friends at the Mercury played a tape of the group for Rough Trade Records founder Geoff Travis, who decided to release the three-track The Modern Age EP before the first song had even finished.

Critics did their best to shoehorn The Modern Age into the late-’70s New York scene that produced Television and Talking Heads; some even trotted out the sounds-like-Velvet-Underground tag that has saddled almost every band from NYC since The Velvet Underground and Nico. But The Strokes sounds like none of those bands — and all of them, in a way.

Those comparisons ring even less true for Is This It, which stands on its own, sounding old only because not enough bands play this kind of unapologetic rock anymore. It doesn’t really matter what you call it, but here’s a good starting place: great.

Valensi and the band don’t want to get too caught up in that kind of praise. Only now are they beginning to find their way in the chaos that has surrounded them since the release of The Modern Age. But they’re still the same five friends they were when this all started. As Valensi says, nothing’s changed. And everything’s changed.

“As far as our relationships with each other, it’s all very much the same,” he says. “I think we’re still new to this. We’re just sort of falling into place now and realizing what works for us. At first, we were of the opinion of, ‘Yeah, we can play, like, 21 shows in a row,’ and still do interviews and take photos every day. But it turns out that that’s just impossible. At a point, it was taking a toll on us creatively. Right now, we’re just sort of in the process of cutting down a lot on press, because it sucks at your soul.” He waits a beat. “No offense.”