Architects wrap up a two-night run at Czar Bar, April 25 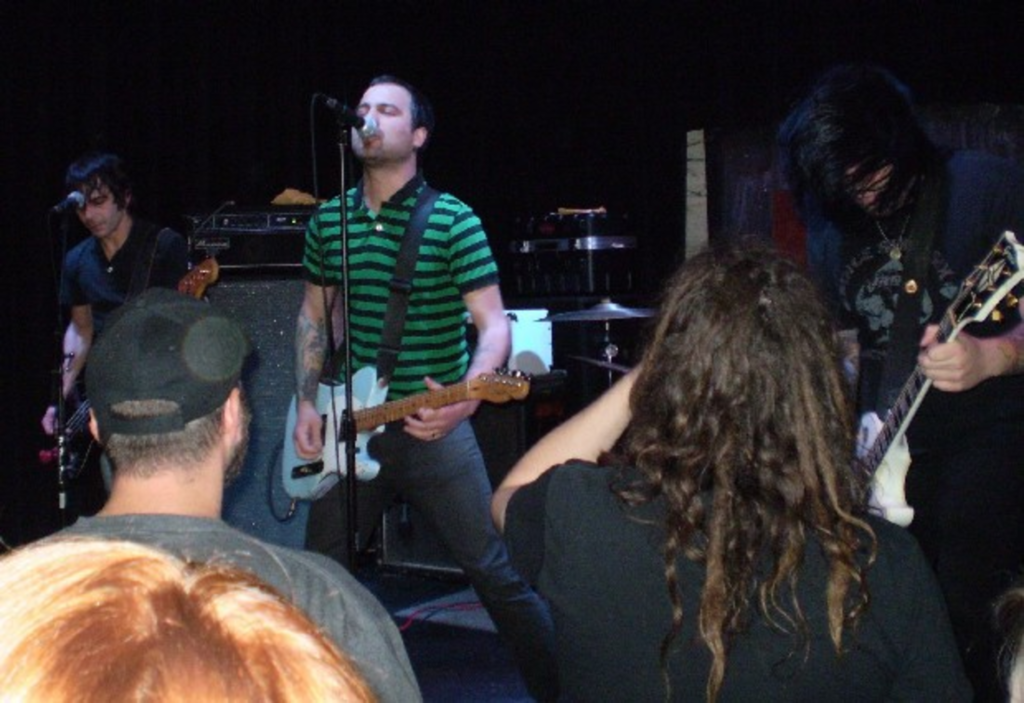 This is what rock and roll is all about! I kept having that thought on Saturday night as the Architects assaulted my ears. Loud, brash and freeing, the veterans of the local music scene deliver straight-ahead rock with punk sensibility that can really get a crowd riled up, forgetting life outside the club for 30 guitar-heavy minutes.

The effect on Saturday, the second night of the Architects’ double-header weekend at Czar Bar, was a little less intense than the pogoing and moshing I’ve witnessed at past Architects gigs. Although plenty of folks (myself included) were bopping their heads and singing along right up by the stage. An air of familiarity pervaded the room as shouts passed between the audience and the band mid-set (One guy kept screaming for “Daddy Wore Black.”) “We’ve been looking forward to these shows for a long time,” bassist Zach Phillips said at one point. The bar was pretty full, but I wondered if the turnout for Friday’s night’s gig (when Roman Numerals opened) was bigger. Saturday’s opener was Big Iron, a band of older, meaty guys who I’d never heard of. Quite a few people hung out on the sidewalk in front of the bar while they played, rushing in when it came time for the Architects.

The Architects played 12 songs and no encore, touching on the brightest from the band’s past couple albums and previewing some new songs from the album due out on Skeleton Crew records next month. Every so often, guitarist Keanon Nichols would raise one of his brightly decorated arms in a signal of rock solidarity. “This one’s a bit of a rattlesnake,” he announced before one new song. Like nearly everything the band played, it was an epic rock song fit for an arena. Singer and guitarist Brandon Phillips broke a string in the middle of Vice single “Pills” but kept on playing. After the show, I complimented him for pushed through. “I played through worse,” he laughed. “I played through being 32.” That makes him about twice as old as most of the kids he’ll be playing to at Warped Tour throughout the summer. But he’s such a showman that I don’t think they’ll even notice.

Brandon performs kind of like he’s a rag doll having a convulsion. His arms and legs flop around, and he sometimes seems to be gripping onto that microphone stand for dear life. But it’s a convulsion of joy. He and his siblings have played in bands for most of their lives — they’ve gone major label, indie and generally busted their tails for years without ever nabbing the level of recognition an act like theirs deserves. But with a new record coming out on a well-connected New Jersey label, plus that long stretch of festival dates on the horizon, the Architects remain busy building something that could be really big.

Here are the hand-scrawled setlists for nights one and two, just in case you want to compare. 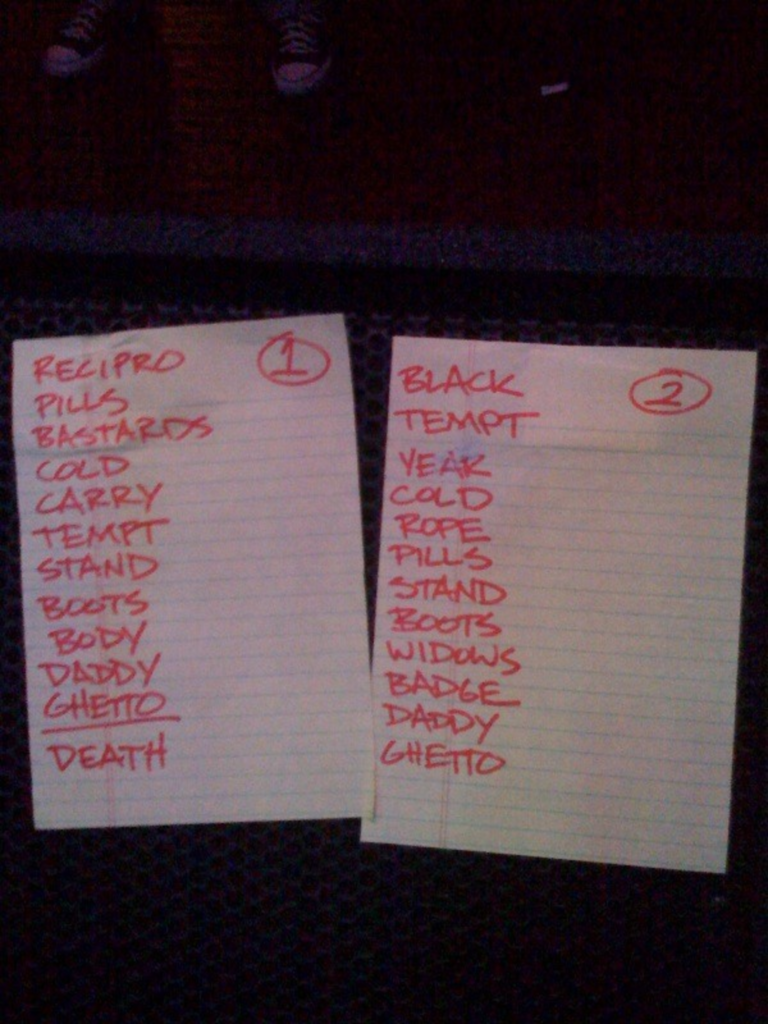