Apparition, a ‘spookeasy’ pop-up, is now open in North KC 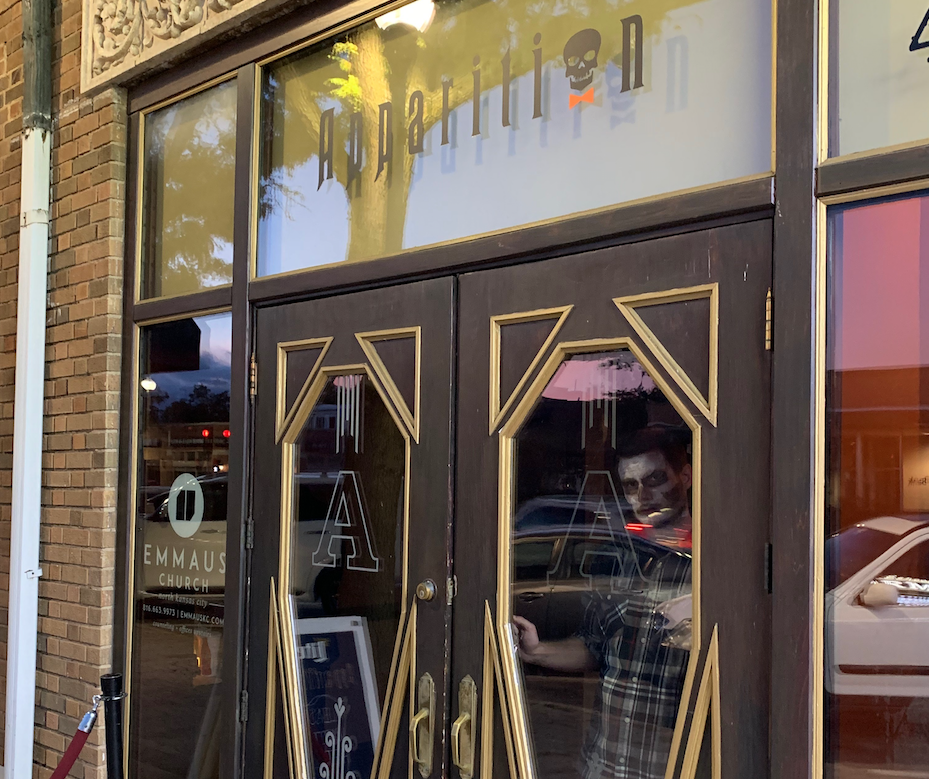 Are holiday-themed pop-up bars becoming a thing in KC?

Last December, Miracle was a hit in the Crossroads.

This month, a Halloween-themed pop-up arrives in North Kansas City. Edward Schmalz (who owns the board game cafe Pawn and Pint) has teamed up with Adam Roberts and Brent Miller (who own Screenland Armour and Tapcade) for Apparition, a “spookeasy” featuring specialty cocktails and eerie ambiance located in the loft above Screenland Armour.

Sam Cable— a regular of Pawn and Pint and possibly the world’s tallest bartender— is the Dr. Frankenstein of Apparition. He’s created 13 cocktails featuring local spirits.

“Especially with this place as a historic movie theatre in Kansas City, we are theming each cocktail around mostly classic horror films,” Cable says.

Among the items on the cocktail list are the Suspiria, which uses clarified milk punch to bring about a liquid with the consistency and color of blood, and the Nosferatu, which features high-contrast flavors that mirror the stark, black-and-white film. They’re all $13.

As for the haunted-house design of the pop-up, we don’t want to spoil any surprises. But don’t be too afraid.

“As spooky as it is, for people who don’t like horror but like Halloween, nothing will be that intense,” Roberts says. “It’s a fun experience with some creepy elements.” 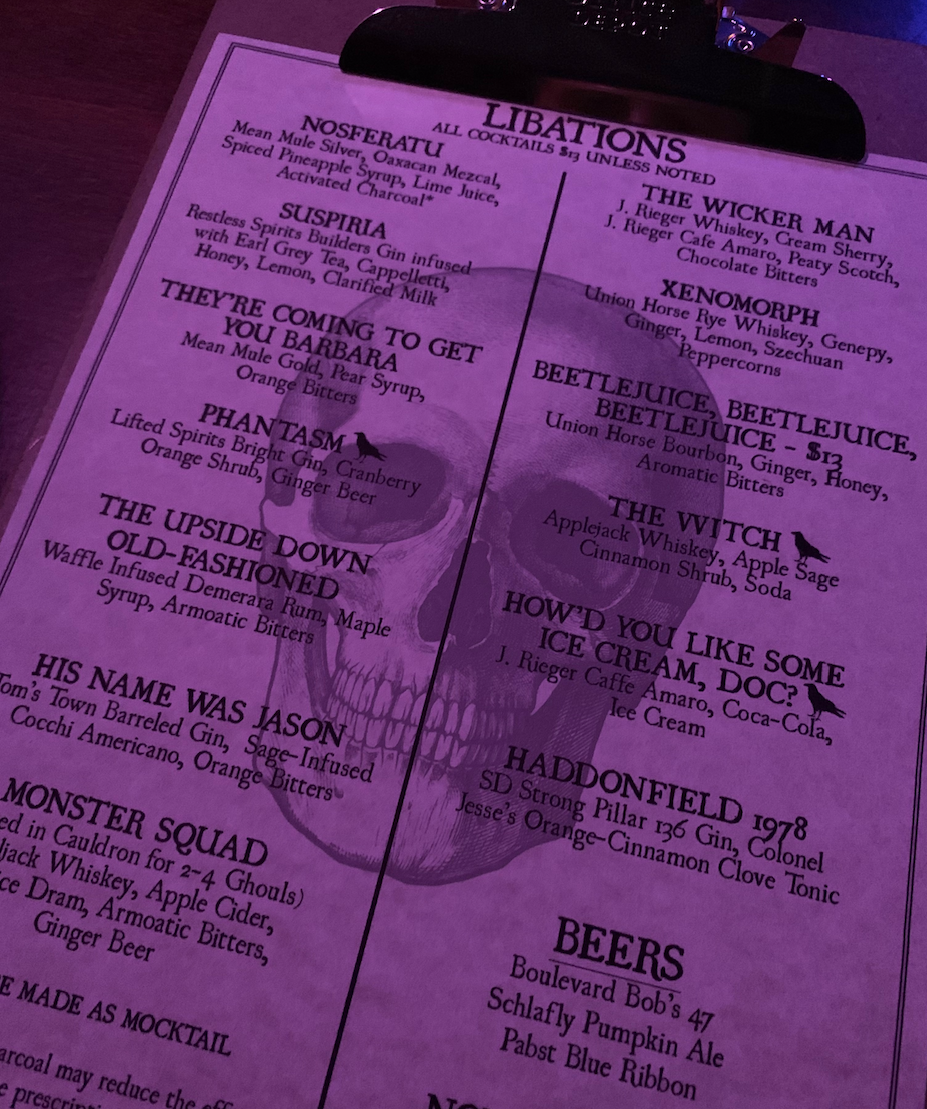 Apparition. 406 Armour, above the Screenland movie theater. Hours are complicated—see the Apparition website for details.