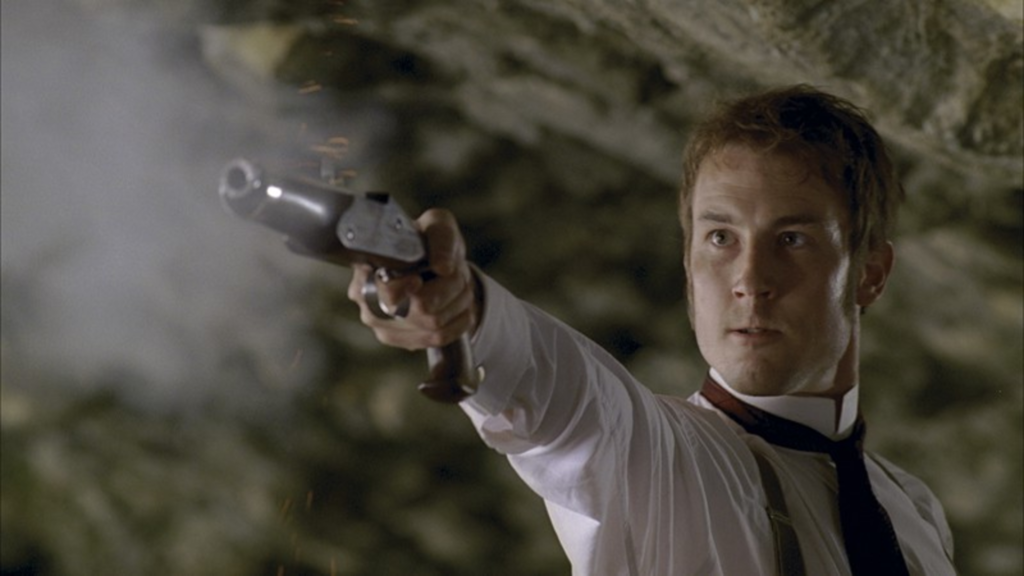 Faithfully adapted from the Chekhov novella by Mary Bing and crisply paced by Israeli director Dover Koshashvili, Anton Chekhov’s The Duel comes about as close to soap-opera passion as the virtuoso of wistful lethargy is likely to get. Perhaps “comic opera” is the operative term: Adultery, betrayal, blackmail, drunken antics, and all manner of peculiar impulse behavior enliven the summery indolence of a Black Sea backwater.

Laevsky (Andrew Scott), an agitated, intellectual young wastrel, is frantically attempting to ditch Nadia (Fiona Glascott), the vain, lazily bovine married woman whom he persuaded to run away with him to the wilds of the Caucasus. Laevsky and Nadia are perfectly ill-matched in their respective inability to cope with crisis. As the discarded mistress becomes increasingly lost, her disheveled lover grows hysterically dissolute.

Meanwhile, their tragicomic floundering is observed by three professionals — a contemptuous zoologist with a particular animus for Laevsky; the kindly, if dimwitted, town doctor; and a timid deacon — each of whom embodies a particular moral position. The largely verbal drama is played out over a series of comic social disasters to climax with the eponymous affaire d’honneur, at once the height of irrationality and the logical culmination of the movie’s ongoing narrative argument.

Although co-producer Donald Rosenfeld is a long-time Merchant Ivory associate, this potentially middlebrow exercise is neither anemic nor unduly genteel. The period atmosphere is sensuous; the postcard setting feels lived-in. The Duel is the most successful literary adaptation I’ve seen since Pascal Ferran’s 2006 Lady Chatterley.