Antioch Park’s iconic Dodge Town meets its demise — or does it? 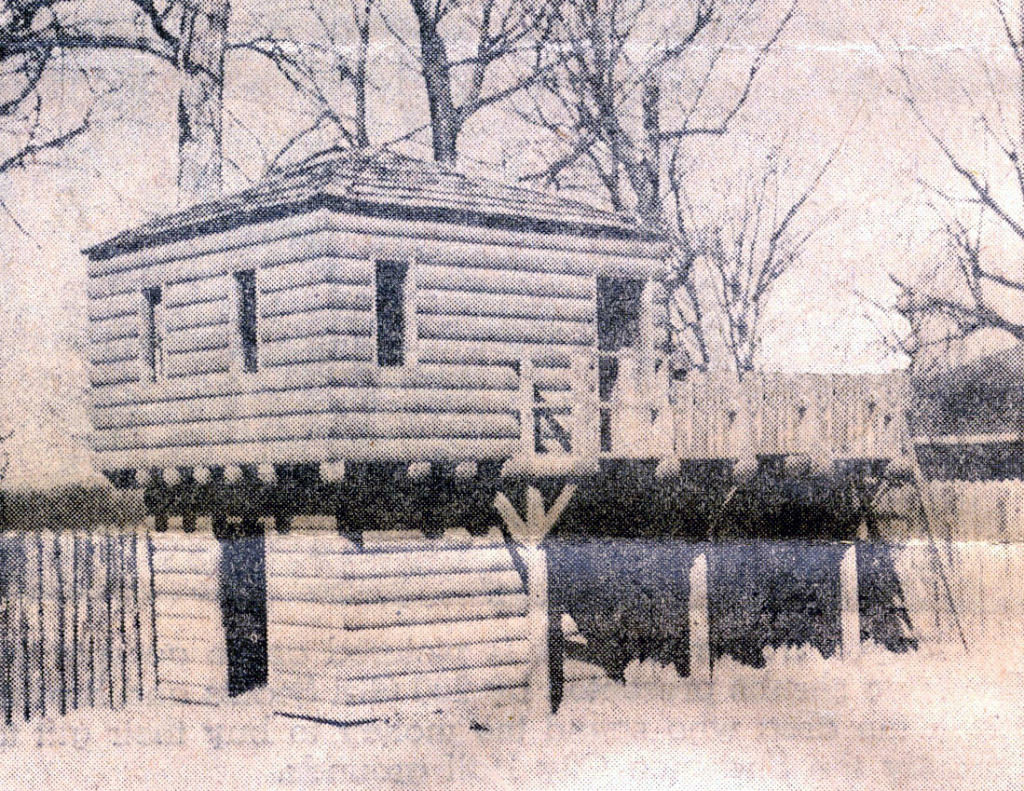 One morning last month, my wife sent me a two-word, one-emoji text. The words were “Antioch Park.” The emoji was one signalling mourning.

Had the park’s Wild West village, a beloved children’s play area for something like half a century, been torn down? If old Johnson County’s Boot Hill was itself 6 feet under, there were going to be many more little emoji tears crisscrossing wireless networks.

Her next text was a shock. She had sent me photos of bulldozers and construction fencing where the general store, the schoolhouse and the blacksmith shop used to be. It was like seeing a Trump wrecking ball swinging toward Sesame Street. Dodge Town was no more.

Maybe this was inevitable. Antioch Park is the oldest property in the Johnson County Parks system. It opened in 1958, and the iconic Dodge Town was built three years after that. Gunsmoke was still on TV, but the Hollywood Western was nearly dead, give or take midcareer Clint Eastwood. Still, pint-size gunfighters and preschool cowgirls populated this place well into the present day. I remember playing there as a kid, darting in and out of those replica storefronts, holing up sometimes in a Lincoln Log–looking jail built to contain felons no taller than a whiskey barrel. It was a Hollywood-backlot version of my prairie heritage, and for my parents it was a very reliable diversion.

In recent years, I’d gone there with my own two small kids, who loved the play area’s town-within-a-town complexity and oversized-playhouse sense of scale. Even my mom had played in Dodge Town as a kid. She and I could agree that Dodge Town’s iconic structures have looked a bit worse for the wear in recent years, but I’d argue that signs of decay are true to the Old West. Why tear it down?

I dialed the county’s parks and recreation office, trying not to sound inappropriately upset as I explained why I was calling. The woman who answered forwarded me to the communications department, and I left a message.

After I hung up, I tried to summon some adult perspective. This was just a park, after all — no different from any other playground or attraction that lives in memory longer than on the Earth. Sometimes we have to say goodbye to such places. And every visit there, I admit, was not awesome. Forty-niners and wagoners and suchlike didn’t win the West playing fair, and their distant suburban descendants aren’t necessarily little angels, either. Yesteryear’s plastic-gun roughhousing doesn’t feel innocent anymore. 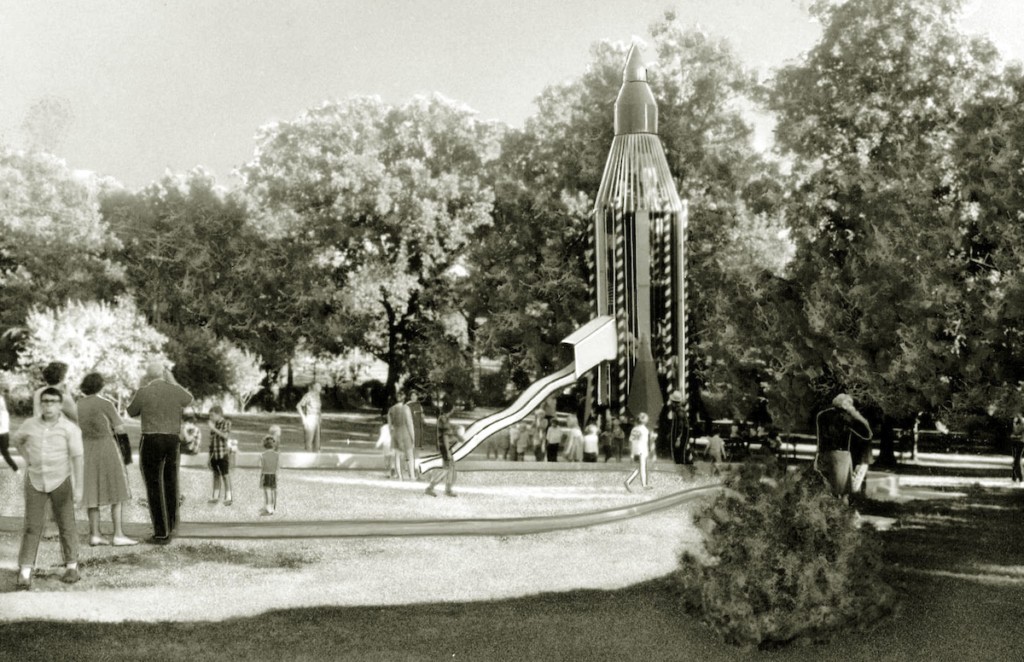 On a hot, bustling afternoon at the park last summer, I felt a modern jolt seeing something that used to appear unremarkable: Two boys scaled the roof of the hotel and pointed toy pistols at the children below. “Aww, it’s like a little terrorist training camp!” I said to a parent next to me, who it turned out did not speak English. When I saw the boys’ actual dad — barbed-wire-tatted biceps bulging out of a black Under Armour tank top — I put my sarcasm on mute. No, this wasn’t the Dodge Town of my youth.

Then again, my fondest Dodge Town memory isn’t from the pre-internet age but from last year. Scattered showers had dampened the afternoon, but the sky had cleared enough to head to the park with the kids, and we took turns hopping along the staggered circular stones along the pond before heading to Dodge. While my kids were busy booking each other in and out of jail, the rain returned with a vengeance, forcing us to take shelter in the smithy. Pa Ingalls I’m not, but this was sublime. 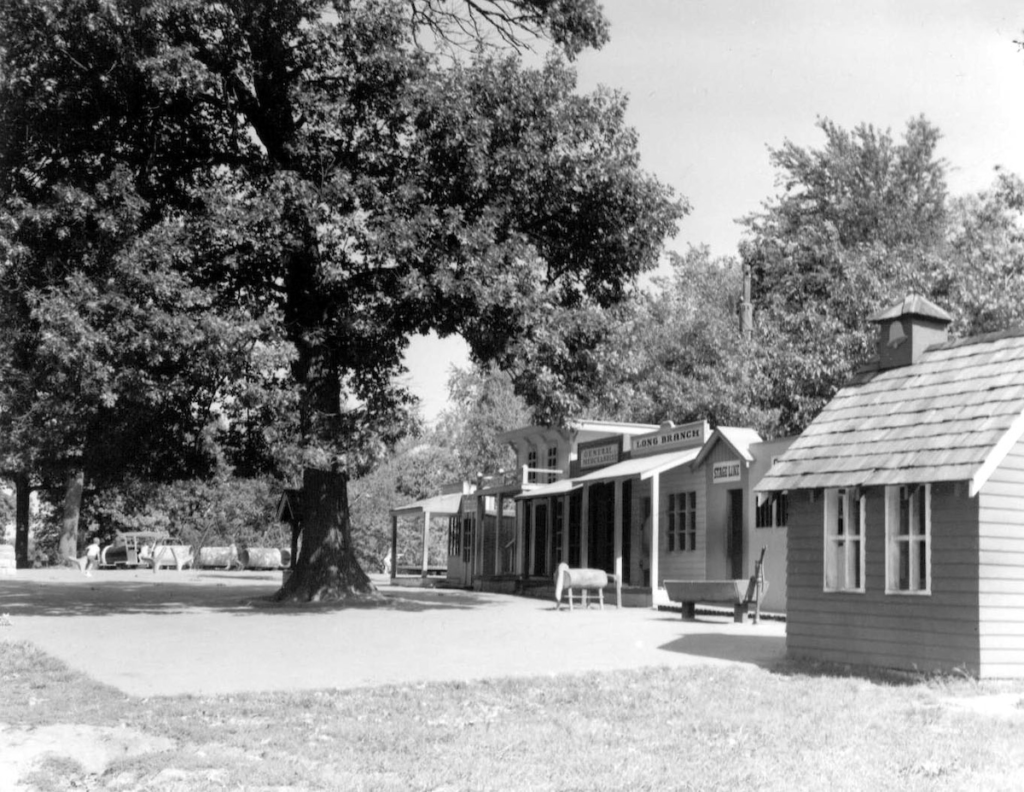 After lunch, I got a call from Richard Smalley, the parks department’s marketing and communications manager. “We’re rebuilding it,” he said before I could restate the question I’d blurted onto his voice mail. He explained that drainage issues and structural problems with the schoolhouse were beyond fixing, so the town elders (OK, the parks department) had decided to replace the entire village. He forwarded me a news release with a little more information about the playground’s makeover.

When it reopens next year, Dodge Town will feature most of the same buildings: the bank, the Pony Express outpost, a city hall with a clock tower, a general store, faux horses and cows, a blacksmith shop. The livery will not return; instead, kids will have a new train station (and a nonmoving train). Even the blacksmith shop will reopen, allowing a new generation of young people to pretend-learn a trade — and their parents to file away sepia-tinted memories of the moment when their kids decide they never want to work with their hands.

The Western movie that was my Antioch Park childhood has ended, but I can take comfort knowing a sequel is on the way.