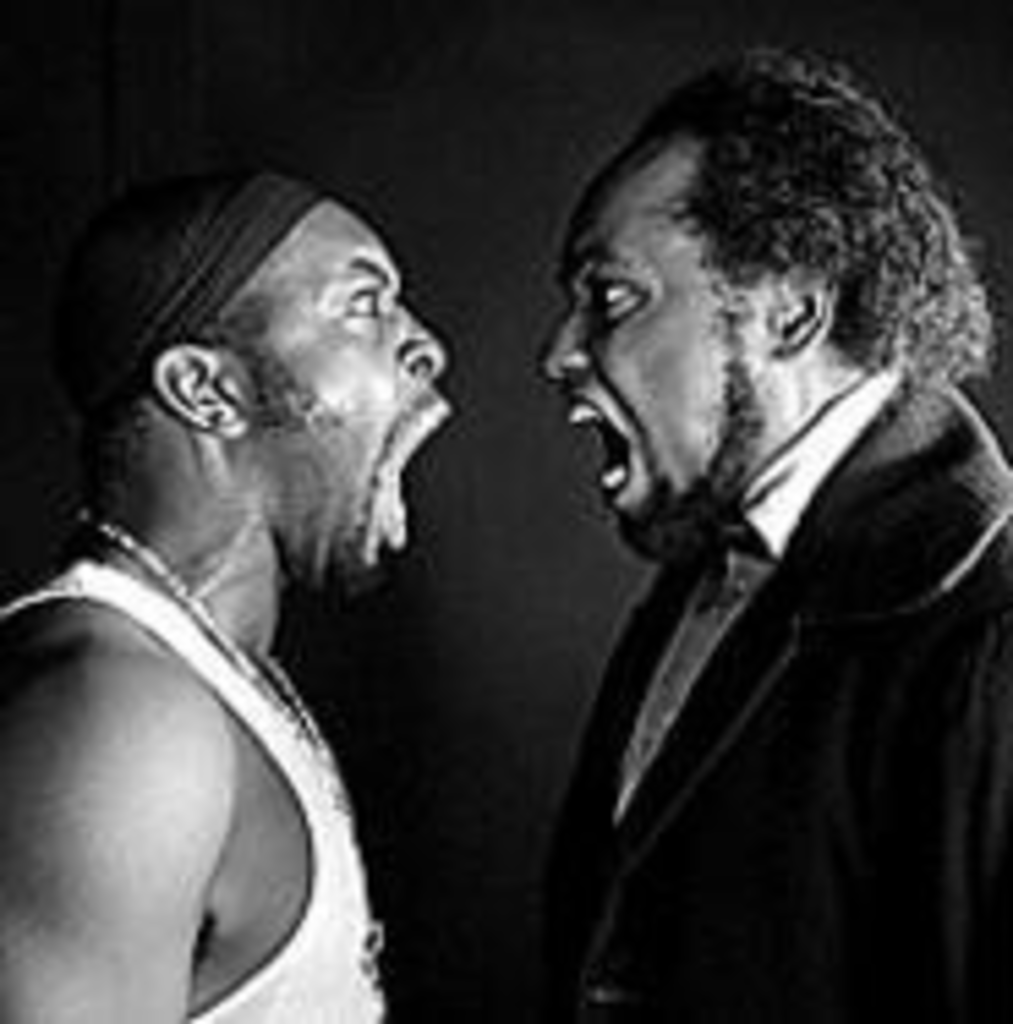 10/15-11/7
Suzan-Lori Parks claims that her play Topdog/Underdog, which opens at 8 p.m. Friday at the Unicorn Theatre (3828 Main), came to her as a “gift” and took only three days to write. Under most circumstances, we would expect the resulting literature to be, well, unimpressive. But Parks wasn’t working under the usual circumstances, and her efforts earned her a Pulitzer. The prolific Parks, whose work is often compared to that of Samuel Beckett and Sam Shepard, was just 21 when her play Imperceptible Mutabilities in the Third Kingdom received extraordinary reviews. She also writes screenplays, musicals and adaptations; last April she came to Kansas City to promote her debut novel, Getting Mother’s Body. And in 2002, she became the first African-American woman to win a Pulitzer Prize for drama.

The play tells the story of two African-American brothers. One of them, Booth, is a card player; the other is Lincoln, a former card hustler who has gone straight since the dissolution of his marriage. Booth wants his older brother to return to a game called three-card monte. Lincoln, however, has no wish to leave his steady job as an Honest Abe impersonator, despite the humiliation of enduring nightly assassinations. As the two men banter about the significance of family history and brotherly love in Booth’s one-room apartment, Booth is earnest but temperamental, a stark contrast to his contemplative and evasive older brother.

10/15-10/16
Obviously, there was something portentous in Howard Dean’s primal scream over the Iowa cornfields back in January. Because since then, the presidential race has been ulcer-generating to watch as it builds to an inevitably harrowing November 2. Thank God for Capitol Steps, a Washington, D.C.-based comedy troupe made up of former congressional staffers who began setting the political debacles of the day to satirical sketch and song back in 1981. At 8 p.m. Friday and Saturday, the group brings needed levity to the Carlsen Center of Johnson County Community College (12345 College Boulevard in Overland Park). Call 913-469-4445. — Jason Harper

10/20-10/24
Anytime Mikhail Baryshnikov comes to Kansas City, it’s a big deal — and usually high dollar. Johnson County Community College spreads the wealth around for six performances of Forbidden Christmas, or The Doctor and the Patient Wednesday through Sunday at the Carlsen Center (12345 College Boulevard in Overland Park). Rezo Gabriadze’s new play is part absurdist drama and part allegory, set in snowy Soviet Georgia in the early ’50s. Baryshnikov plays the mentally ill Chito, who thinks he’s a car, in a five-character piece that’s said to address loss, love and madness. Stragglers be warned: Latecomers will not be admitted until after Baryshnikov’s opening 20-minute silent sequence. Tickets are $45 and $50; call 913-469-4445. — Steve Walker