Another Missouri man charged for participation in Capitol insurrection 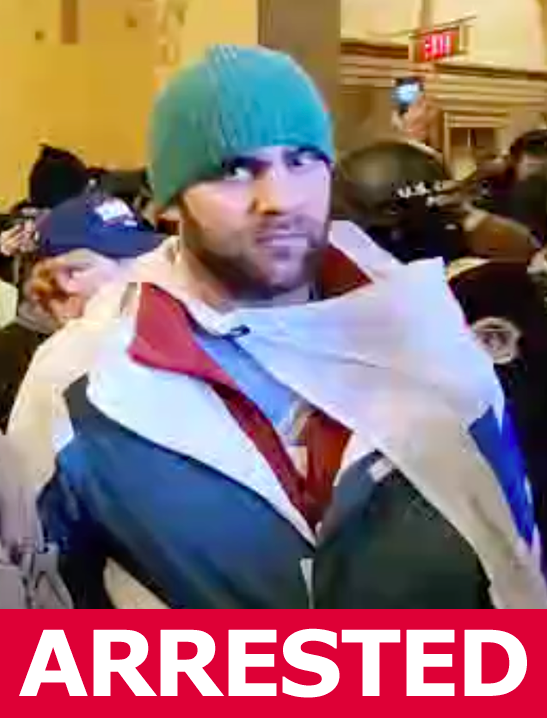 A photo of Reimler from the Capitol insurrection.// Courtesy FBI’s Most Wanted

A ninth Missouri resident has been identified and charged with his part in the Capitol insurrection Jan. 6. An investigation from The Kansas City Star revealed documents that show Nick Reimler, a 2014 MU grad living in the St. Louis area, inside the capitol on the day of the insurrection.

Reimler was photo No. 39 on the FBI’s suspect list following the attack on the Capitol. His Facebook friends reported him to the FBI based on those photos that clearly depict Reimler, posts from Reimler about the attack, and Reimler’s choice in hats. In the photos from the Capitol, Reimler is wearing the same recognizable turquoise hat that he has in many other photos.

Last month, Reimler, 28, was charged with violent entry and entering a restricted building or grounds on the day of the attack. The maximum sentence for these two misdemeanors is 18 months and $110,000 in fines. Reimler was already released on his own recognizance pending his court date.

The St. Louis attorney representing Reimler, Ethan Corlija, said Reimler was a “fine young man” and that his chargers weren’t as serious as others who participated in the insurrection.

“He’s charged with being in the building, walking around, taking videos, but none of that corresponds to him being responsible for harming anybody, hurting anybody, breaking any property, damaging property, stealing property, assaulting, intimidating, threatening, none of that,” Corlija told The Star on Friday.

The United States Capitol Police also identified Reimler moving through the Crypt during the attack. The D.C. Metropolitan Police received a Jan. 10 tip from Reimler’s Facebook friend that identified him in the attack.

“He posted many times on social media pictures of himself inside the Capitol on Jan. 6th and posted several times about going to D.C.,” The Star reported the tipster wrote. “In the pictures attached you can see him in the exact same outfit (found on his Facebook).”

In addition to the first witness, another Facebook friend of Reimler came forward as a witness. Reimler posted videos of the attack on a Snapchat video attributed to him and posted about going on a Facebook status.

Reimler graduated with degrees in civil and environmental engineering. His Facebook page has since been deleted, but The Star found records showing that between 2014 and early 2018, Reimler worked for the Missouri Department of Transportation as a materials inspector. He started working in quality control for Fred Weber Inc. in Maryland Heights in January 2018. Reimler accepted a position at the company’s San Marcos Sand & Gravel location in Texas in March of 2020 but came back to the St. Louis area that August to work as a technical services manager.

“He’s an engineer, he’s very well educated, he came from a very good family and he’s been taught throughout his life to respect the rule of law,” Corlija said to The Star in an attempt to clear Reimler of associations to white supremacist groups. “It’s not a situation where he’s affiliated with any group that may be prone to violence. He’s the polar opposite of that.”