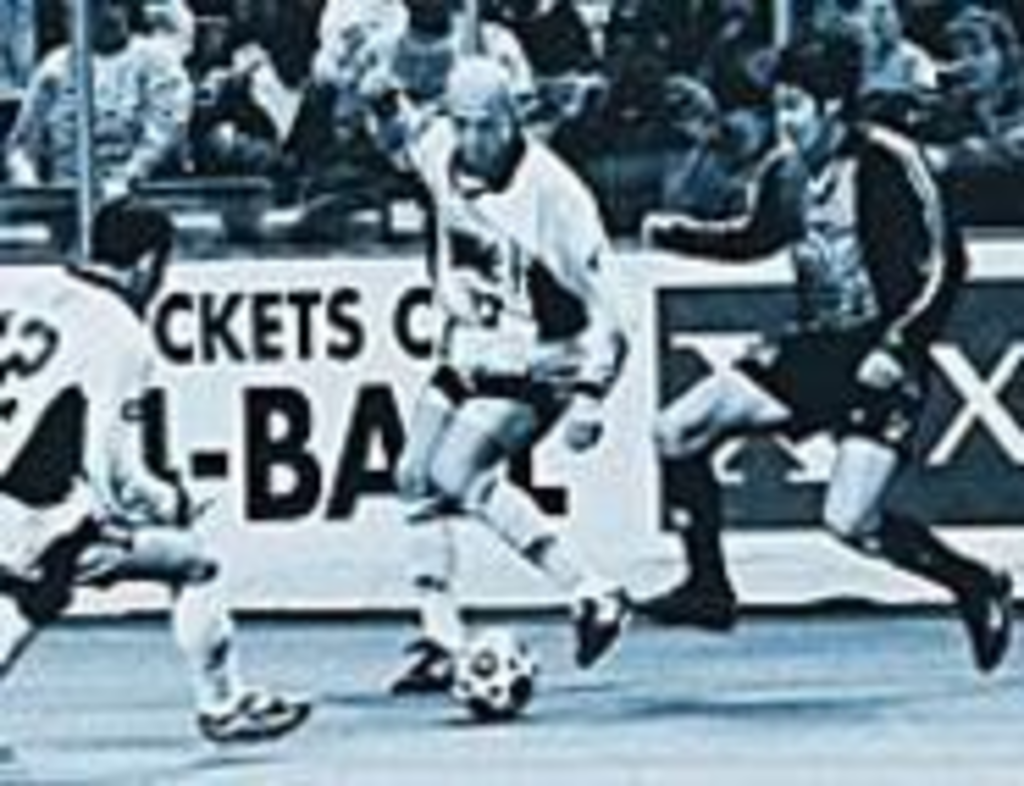 A sports fan would haveto have been in a coma the past six months to not have heard the tale of Kurt Warner’s transformation from grocery store clerk to Super Bowl quarterback. But what few people know is that on a much smaller scale, Kansas City Attack forward Clovis Simas has a similar success story.

Heading into the Saturday, March 18, stomping of the St. Louis Ambush (see, we’re better than St. Louis at something!), Simas was third in the National Professional Soccer League (NPSL) in points with 161 and third in total goals with 84. He’s already broken the Attack season goal record of 72. Simas entered the game having already notched 14 hat tricks during the year and knocked in four goals against the Philadelphia Kixx. On track to break more team and league records, he’s been named to the 2000 NPSL All-Star team. Not bad for a rookie.

Where did this guy come from, and where has he been hiding? Here’s the fact sheet: He’s 31 years old; he never played professional indoor or outdoor soccer before this year; he’s from Brazil and came to America with no intention of playing pro soccer. Is everything clear so far?

Simas does happen to be a 20-year veteran of a sport called futsal. No, that’s not a treatment for athlete’s foot. It’s an indoor sport with five players on each side and played with a ball like the one used in soccer, on a wood floor like that of a basketball court. It’s a fast-paced, hectic sport, not known in the United States but very popular in countries such as Brazil and Spain. In fact, Simas helped lead his Brazil team to a world championship in 1996. Is his story beginning to sound Warner-esque?

After 20 years, Simas decided to get an education in America and moved to Oklahoma City to go to school. Attack assistant coach Tadeu Dias, also from Brazil, explains what happened next: “A friend of Simas let him know about indoor soccer in America, so he sent out a few inquiries. Cleveland invited him to try out and, fresh from a world championship, did not sign him. Dallas was interested, but the franchise wasn’t stable. (Attack Head Coach) Zoran Savic tried him out, saw his ability, and was ready to offer him a contract. Cleveland admitted they’d made a big mistake.”

Simas, who delighted the crowd with a hat trick against the Ambush, did not come to the Attack without skills. “He’s well balanced,” says Dias. “He’s got a full arsenal and years of repetitions and world championship experience. There’s an unpredictability about him. He knows how to create space, and his game is 360 degrees, all around him. Now teams are doubling up on him, and we’re taking advantage. He’s gone past the mental and practice stage. He’s in automatic. He’s a player who has become the ball.”

“The indoor game is difficult to play,” says Simas, who might receive an argument from those who have to defend him. “I’ve been blessed by God and I believe in myself. Here you have to react fast and think fast and there’s a lot of running. But we’ve built a team of trust.”

That’s evident not only from Simas’ statistics but also from the league standings. After a rocky start, the Attack holds down first place in the Midwest Division. And the team has won 10 out the past 15 games. The team members’ 21 wins already topped their win totals for each of the past two seasons. With a proven scorer, they have a chance to win a third NPSL championship.

Let’s tally this up: A guy from another continent who never played the sport professionally and came thousands of miles not even intending to play indoor soccer and who at age 31, as a rookie, dominates the league? Kurt Warner, move over!

Inside PitchesNow’s the time to begin thinking about tickets for the TD Waterhouse Senior PGA Tour event. The dates are May 15 through 21, to take place again at the Tiffany Greens Golf Club. Maybe you’ve heard of one of the rookie players scheduled to participate, a fellow by the name of Tom Watson. Call 816-931-3330 for details, or check out www.ticketmaster.com. Sponsorship and volunteer opportunities are still available. Call 816-880-0800 for details.

Sometimes the good guys don’t finish first. That’s the case with UMKC’s Jeff Tadtman, who resigned as women’s head basketball coach after a disappointing 41-68 record in four seasons. Tadtman is a hell of a basketball coach, as his overall college coaching record of 130-89 indicates. He also couldn’t have been nicer to fans and the media during his stay. Why didn’t he get over the hump at UMKC? My guess is that he never achieved the right mix of players. The shooters were there, the height was there, but they were a little short in the speed and athleticism department. Here’s wishing Tadtman the best in his future endeavors.

The future looks brighter for the UMKC men’s team. No longer a virgin in the Mid-Continent League’s postseason play with their first-round tourney win over Chicago State, the team didn’t lose any seniors and has the league’s newcomer and player of the year returning in Michael Jackson.

Those still in mourning over the cancellation of the Kansas City Arena Football exhibition can take solace in the fact that the Topeka Knights will begin their season in early April. Call 785-267-6086 for details.The Attack’s top scorer never even played indoor soccer until this year. How’s that for a Cinderella story?