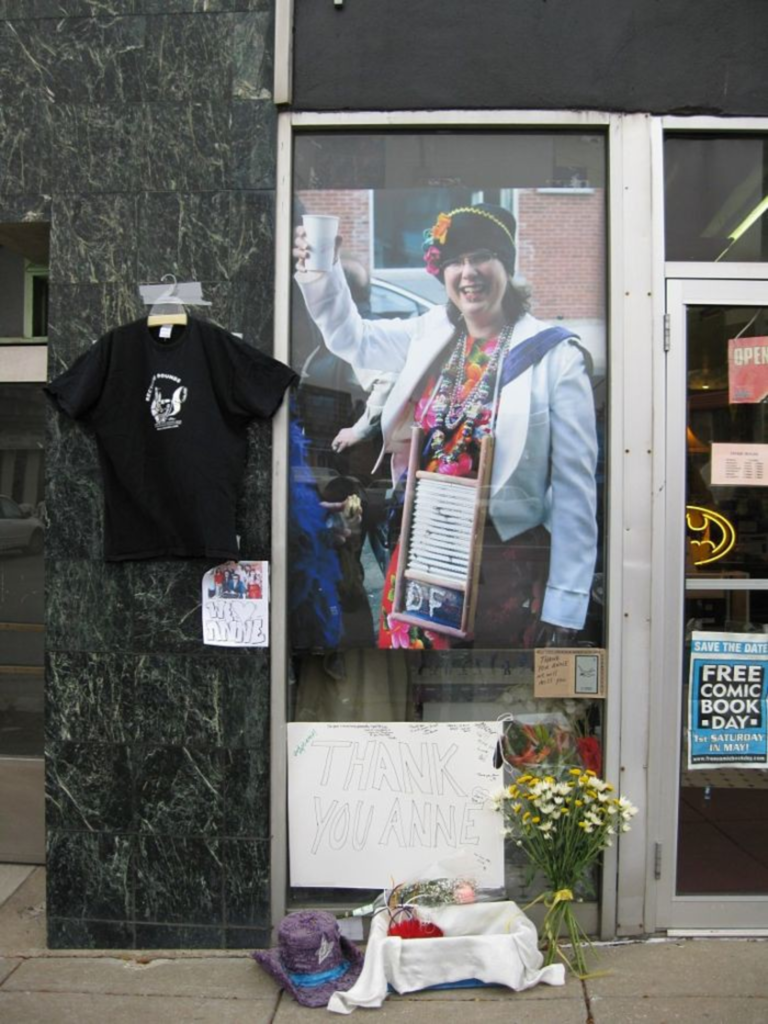 When news of Anne Winter’s death yesterday began circulating through the scene, it was like a lake freezing. Lives came to a halt, all energy being redirected toward remembering and paying tribute to a person who touched so many lives in Kansas City’s musical, artistic, cultural and just-plain-human realms.

Winter died yesterday in her home at the age of 45. For 18 years, Winter and her husband, Kurt von Schlemmer, owned and operated Recycled Sounds.

Until it closed in 2006, the midtown record store was a haven of both good taste in music and undying support for the local music scene. To just about anyone who came of age in the ’90s in Kansas City and sought out or played underground, indie, alternative rock, hip-hop, punk, singer-songwriter — you name it — the place was, if not personally significant, at least well known.

Earlier this afternoon, friends and former employees stopped by the old storefront (now occupied by Clint’s Comics) to pay respects, adding flowers, cards, mardi gras masks and the like to a makeshift memorial shrine set up for Winter. The picture taped inside the window showed Winter in her regalia as queen of a recent 18th Street Mardi Gras parade.

Update: Some local musicians have set up a fund to collect donations to help Anne’s family. It’s at AnnieWinter.org.