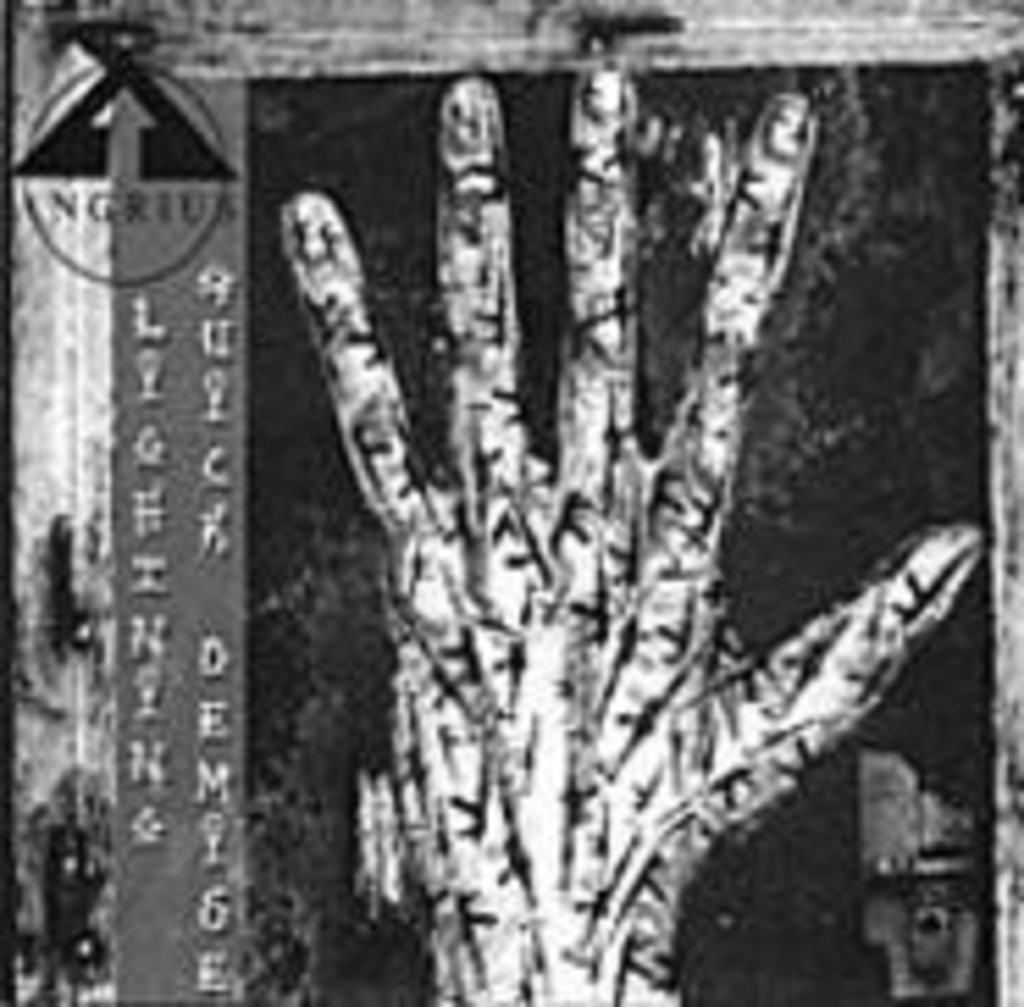 While Angrius is fluent in high-speed riffs and double-bass-pedal drumbeats, this KC-based quartet separates itself from the headbanging herd in a number of ways. Instead of rehashing coroner’s reports or combing through medical dictionaries to find the perfect rhyme for “disemboweled,” Angrius delivers poignant political commentary on the Sepultura-style “Joneses” and intriguing portraits of hapless characters on “Out of Pills” and “Vacuum,” both of which benefit from the clever use of layered vocals. “Neofight,” a venomous jab at Lawrence frat boys, is a bit crude, but the band redeems itself somewhat by prefacing this track with a goofy Johnny Carson spoof during which the Carson imitator, speaking for the band, issues a disclaimer about how the song makes them appear “as stupid as the people they make fun of.” There’s some talk of murder, genocide, and serial killers, but this isn’t a Cannibal Corpse-style gorefest — the lyrical content varies, as does the band’s pace. Angrius’ intelligence, and its musical competence, should silence a fair number of this genre’s critics while inspiring furious pit action from battle-scarred thrash-hards.