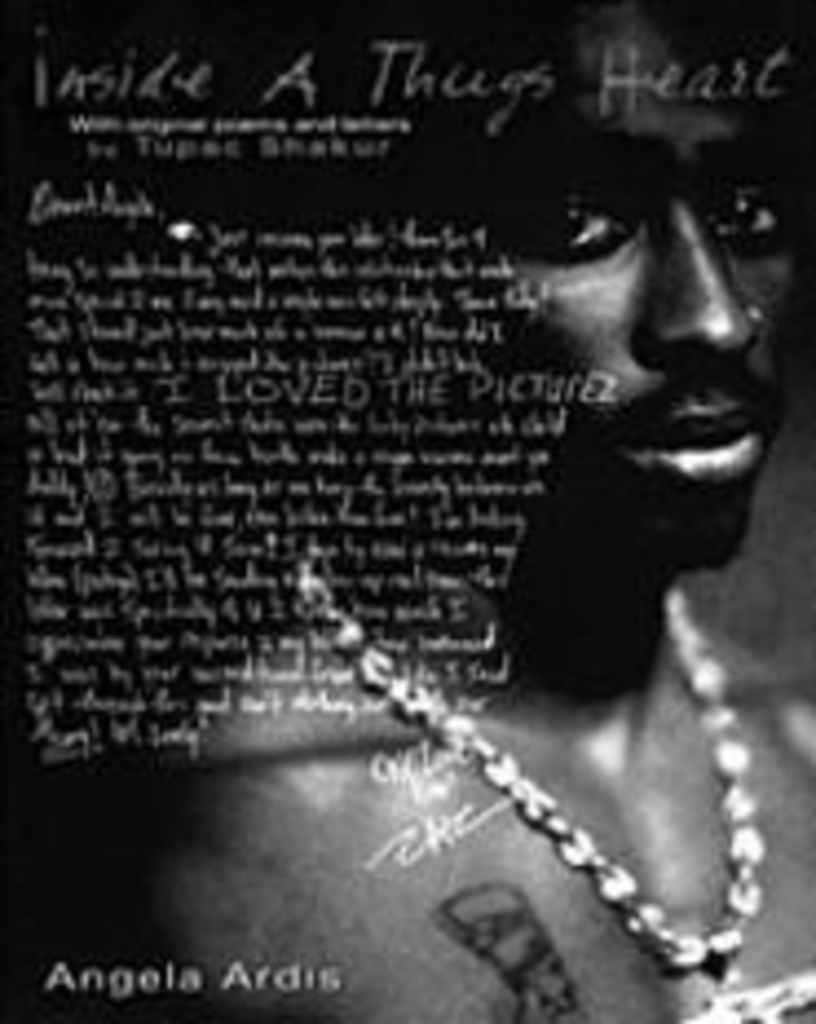 Angela Ardis deserves credit for making a sincere attempt at conveying a softer side of rapper Tupac Shakur, but apparently the heat of her excitement over interacting with Shakur prevented her from looking as deeply as she could (or should) have.

Thugs Heart chronicles the correspondence between Ardis and Shakur during his 1995 incarceration on sexual assault charges. Ardis was a complete stranger to Shakur and contacted him only as a follow-through on a long-shot bet. He wrote back, and now we have this book to show for it.

Ardis doesn’t come across as a gold-digging groupie trying to cash in where so many others have, though cynics could easily dismiss her as a failed actress and model trying to do precisely that. But her endearing earnestness and naiveté inadvertently reveal more about unhealthy obsession with celebrity than anything about Shakur himself.

Even casual fans know that the guy was as multifaceted as he was talented — by turns menacing, articulate, sensitive, analytical and charismatic. And sometimes he was just a plain old dick wrapped inside a tattooed torso. But Ardis seems light-years away from the grotesque spotlight hoarding of, say, Courtney Love as she shares intimate details of a fallen icon. In fact, one of the book’s strengths is how human Ardis’ interactions with Shakur are.

But Thugs Heart is charming in how it demonstrates — again inadvertently — how syrupy even a great poet can sound trying to put love into words. Ardis seems to take Shakur’s tender ministrations to heart without acknowledging the vulnerability of somebody in jail, fearing that close friends were turning on him. Anyone reaching out with a sincere hand must have been a godsend. And Shakur’s reciprocation helps build the book’s suspense, leading up to the pen pals’ first face-to-face meeting.

It makes for compelling reading, but Ardis — and readers — would do well to take a long, hard look at why we insist on dredging up affairs that, in the end, are none of our business. Yet the inadvertent questions Thugs Heart raises about our voyeuristic love of celebrity are what make the book worth a look.