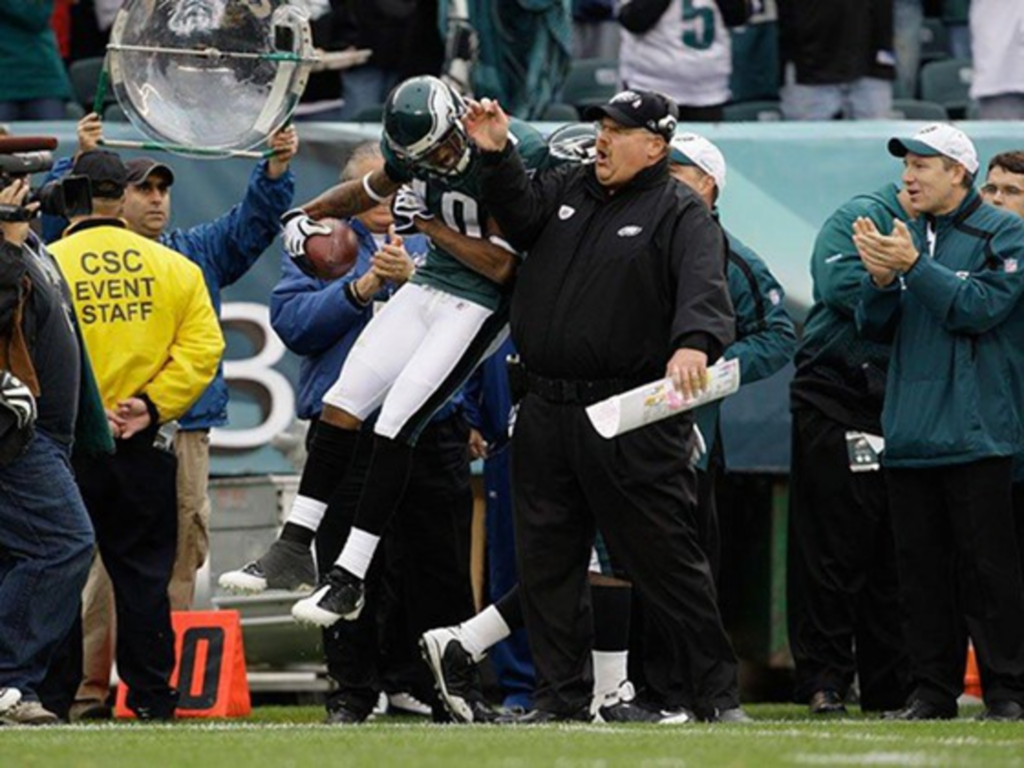 Andy Reid met for about nine hours Wednesday with Clark Hunt and officials from the Kansas City Chiefs. Today, it looks like the walrus-mustachioed former Philadelphia Eagles coach will be the Chiefs’ new leader.

ESPN‘s Adam Schefter and Chris Morten are reporting that Reid is on the verge of a deal with the Chiefs.

Schefter wrote on Twitter: “From @mortreport and me: Chiefs on verge of a deal with Andy Reid. One source said ‘the major issues have been discussed and agreed upon.'”

Mortensen wrote: ” Andy Reid and #Chiefs are on verge of a deal. Story up on http://ESPN.com short on on SportsCenter via myself and @AdamSchefter”

“Reid will interview with the Arizona Cardinals on Thursday as planned, according to NFL.com’s three amigos: Steve Wyche, Ian Rapoport and Albert Breer. Reid also plans to interview with the San Diego Chargers this weekend, which is near where he owns a home, someone with knowledge of the meetings told Wyche.

“This is officially silly season when it comes to coaching news. ESPN reported just two days ago that there was a ‘95%’ chance that Reid would land in Arizona. Now the same network is reporting that Reid and the Chiefs are close to a deal. That may very well prove correct, but he still plans to meet with two other teams.”

UPDATE II: NFL insider Jason La Canfora is reporting that Reid to the Chiefs is “now imminent” and the coach’s trips to San Diego and Arizona were canceled as “issues of staff and structure were hashed out today.”

Is this the right move, Chiefs fans?