Andrew Jackson statues to stay in namesake county; will get plaques explaining his racist history 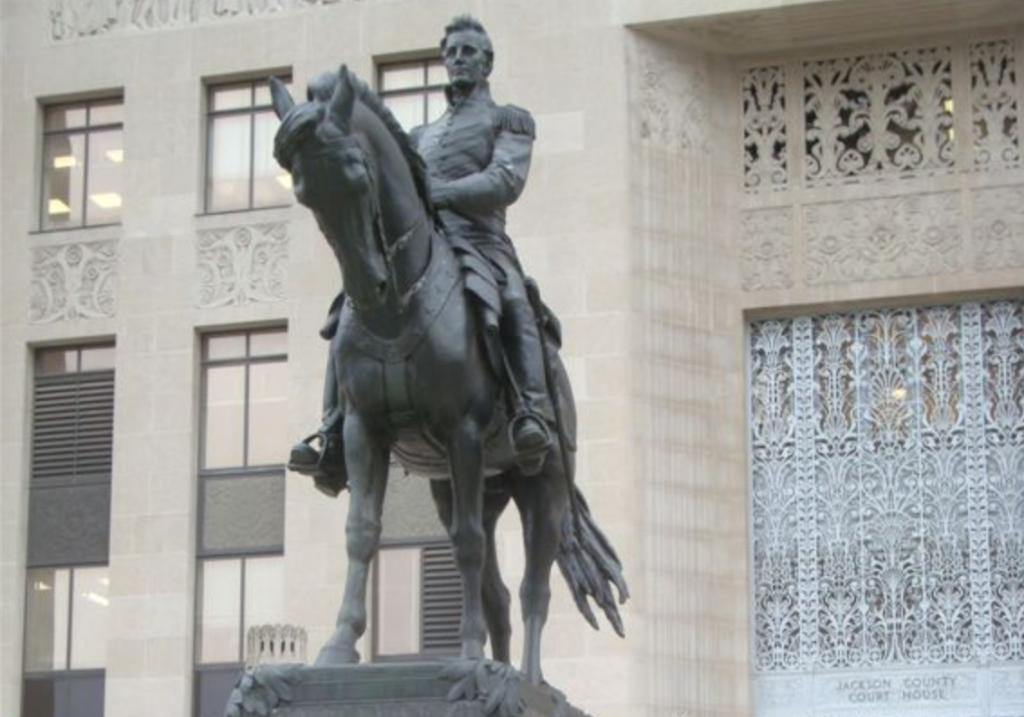 It seemed like Kansas City was turning over a new leaf in its quick move this summer to rename formerly J.C. Nichols Parkway and fountain to Mill Creek Parkway. Jackson County voters draw the line there, however, as 72% of voters rejected a proposal on the ballot to take down Andrew Jackson statues in the county.

Instead of taking down the statues of this virulent racist, his states will now be adorned with a plaque that may answer the question “why would we name our county after this guy?” The plaques were approved by a vote in December of 2019, with Jackson County Prosecutor Jean Peters Baker even offering to pay for the installation. However, COVID-19 put those plans on hold, but now that the voters of Jackson County have rejected the idea to take Jackson statues down altogether, the plaques are back in the works.

The plaques, at best, are an asterisk to the imposing presence of Jackson’s legacy in Kansas City. They explain that the state of Missouri actually named Jackson county for Andrew Jackson before he was president—he became the county’s namesake for winning the Battle of New Orleans as part of the War of 1812. Obviously, it would be a lot more difficult (likely impossible) to somehow change the county’s name, but the addition of plaques to Jackson’s statues seems like doing much too little.

In a vote for Kansas City, Missouri, 60% voted to take the statues down, KCUR reports. But residents of Jackson County, in a majority of 72%, struck down the idea. The statues were vandalized throughout the summer, bearing spray-painted words like “slave owner,” which caused Jackson County Executive Frank White Jr. to call for their removal.

In a statement about the results of the vote to keep the statues, White Jr. said: “I am proud to have stood up and stood on behalf of a movement demanding fairness, justice, and equality in Jackson County. I remain committed in my belief that the statues of a man who owned slaves, caused thousands of Native Americans to die, and never stepped foot in our County should be removed from our public facilities. The statues are not an appropriate representation of who we are and who we strive to be as a community—a community that is welcoming, diverse, and open-minded.”

The plaques will offer some context to the naming of Jackson County and the existence of the statues but are far from a perfect solution. There also is no clear timeline on when they will appear. Peters Baker spoke of the results from the vote, saying: “It is a more honest answer for the situation that we are in,” she said. “The voters voted, and, whether we agree with the outcome of the vote or we do not, as Americans, we honor that system.”