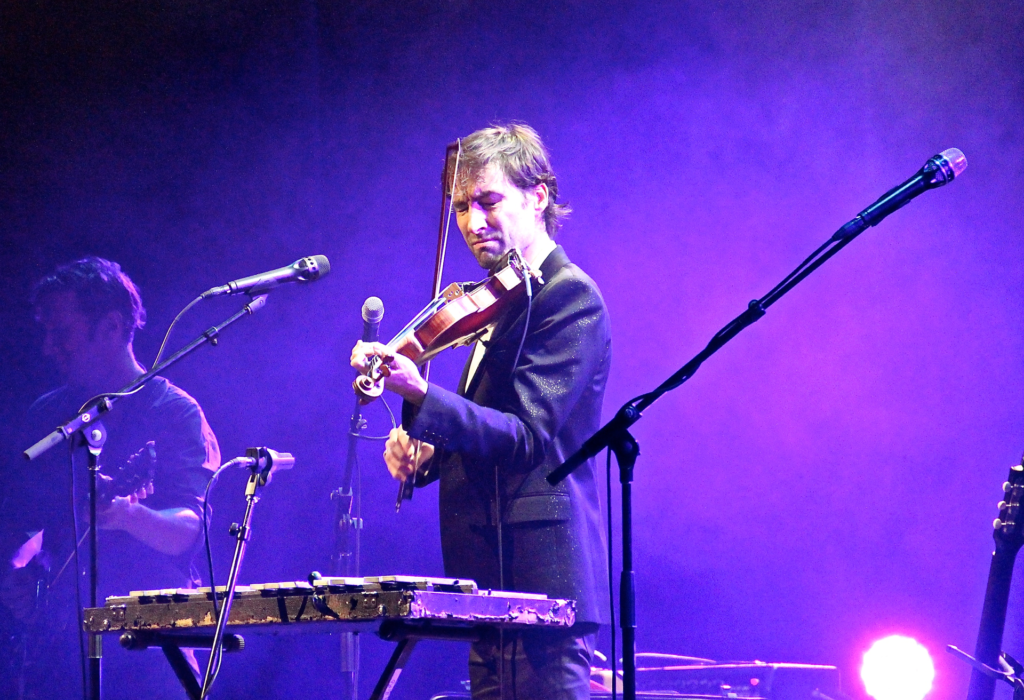 Andrew Bird with Dawn of Midi
The Midland
Thursday, April 21, 2016

With Andrew Bird, you know you’ll get virtuosic layers of violin —  loops and solos that create his own orchestra. There will be intricate lyrics, with elaborate words like “palindromes,” and with references to Jacques Cousteau and the Sargasso Sea absolutely standard. His trademark whistling (really) will soar early and often. All of that was in place last night at the Midland, but this show was bigger, a little more romantic and even more mature.

This was Andrew Bird in leather pants. 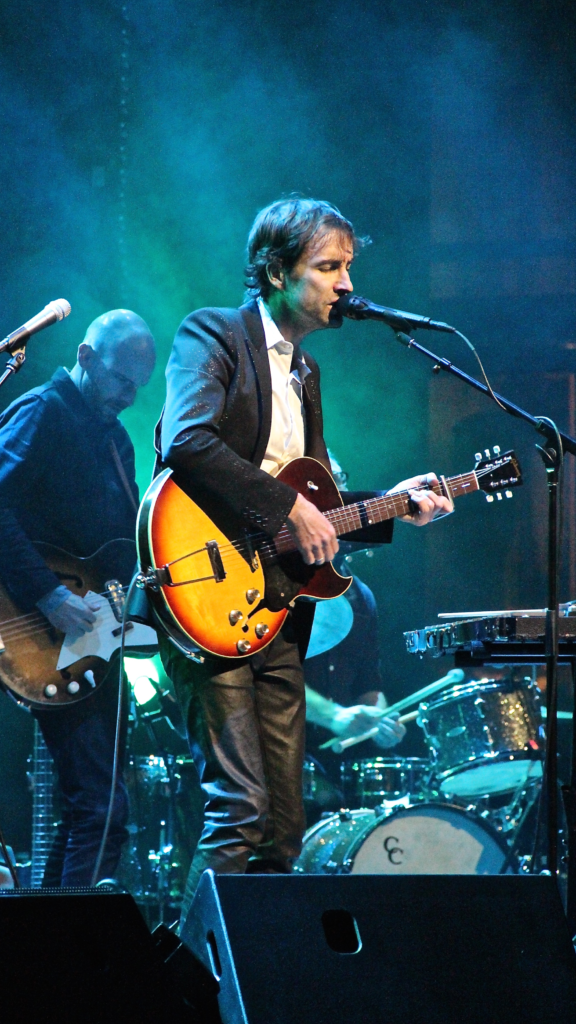 Bird described last night’s appearance at a roughly half-filled but enthusiastic Midland as his “first proper show” in Kansas City.” But during his now 20-year career, he’s been here solo or as an opener several times. Those earlier, smaller shows were also built on Bird’s violin loops and mysteriously intimate songs, and those songs were filled with botanical minutiae and a naturalist’s precise similes. Back then, though, even Bird himself seemed smaller, more dapper, and his show was filled with antique touches, odd sound effects and rotating Leslie speakers. 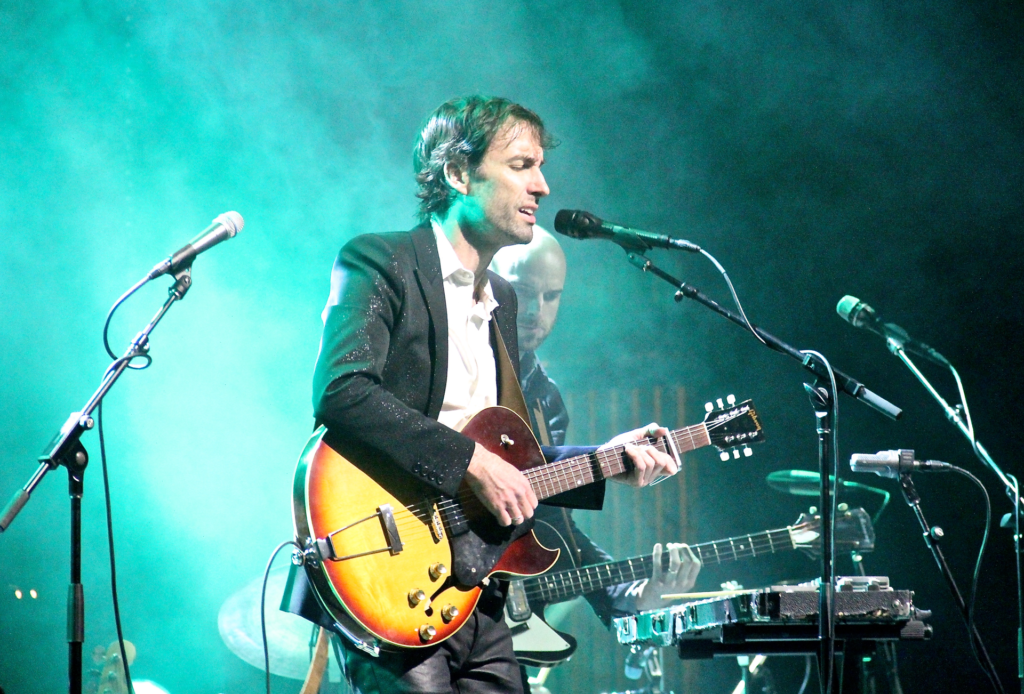 This time, Bird’s stage set was minimalist but sophisticated, with a barely there perpendicular lighting grid that captured the songs’ moods on the fly. Focusing heavily on his latest album, Are You Serious, the show opened with “Capsized,” a rocker with a My Morning Jacket feel, and Bird established a pattern of using the first few moments of each song to set up a violin track he’d then double, distort and work against throughout the song. On “Capsized, his violin moved from pure string quartet to mandolin-style picking to the kind of moans typically heard from an electric guitar, all in the space of a single verse. 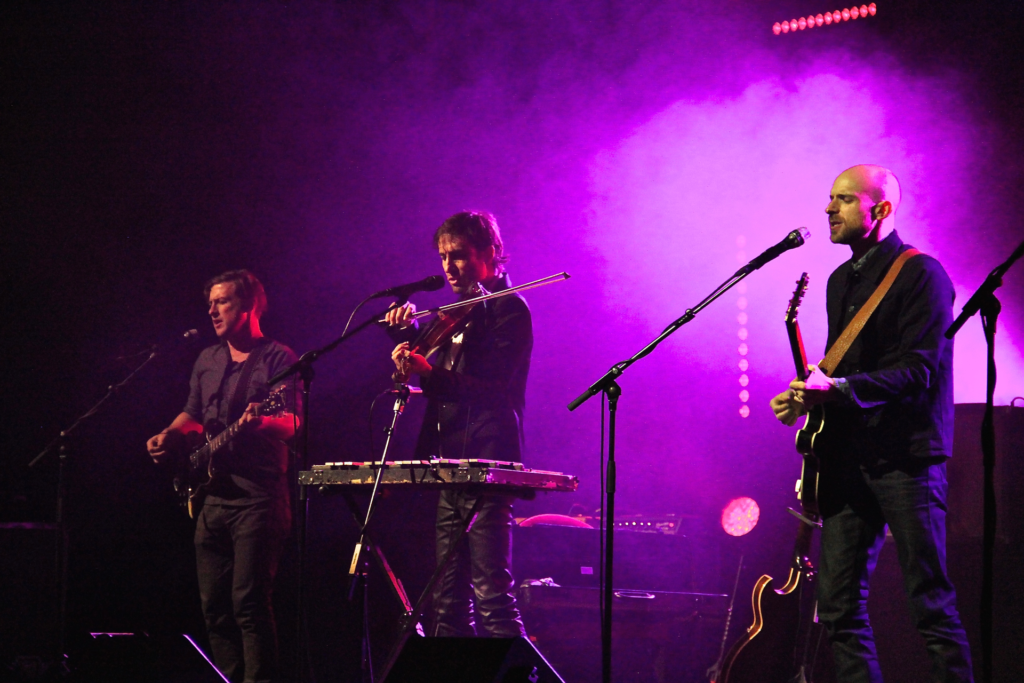 Bird captured his renovated approach in the new song “Left Handed Kisses”; on the record, it’s a duet with Fiona Apple. “Fiona couldn’t make it tonight,” he joked as he confidently dived into both sides of the debate about how love changes people. “Now you got me writing love songs/with a common refrain like one,” the old side of his personality muses, and it’s a tribute to what his other side (or significant other) is doing to him, with quite a bit of amazement and maybe just a splash of regret.

Several songs into his set, and after a pause, Bird said, “I guess you heard about Prince,” and in the ensuing accidental moment of silence, he seemed to be struggling to find the right thing to say. He found it: “It just makes me want to play better tonight.” (That moment, as sad as it was, wasn’t nearly as heartbreaking as hearing “Raspberry Beret” as the first song in the “go home” music after the show.) The show seemed to kick into a new gear after that. 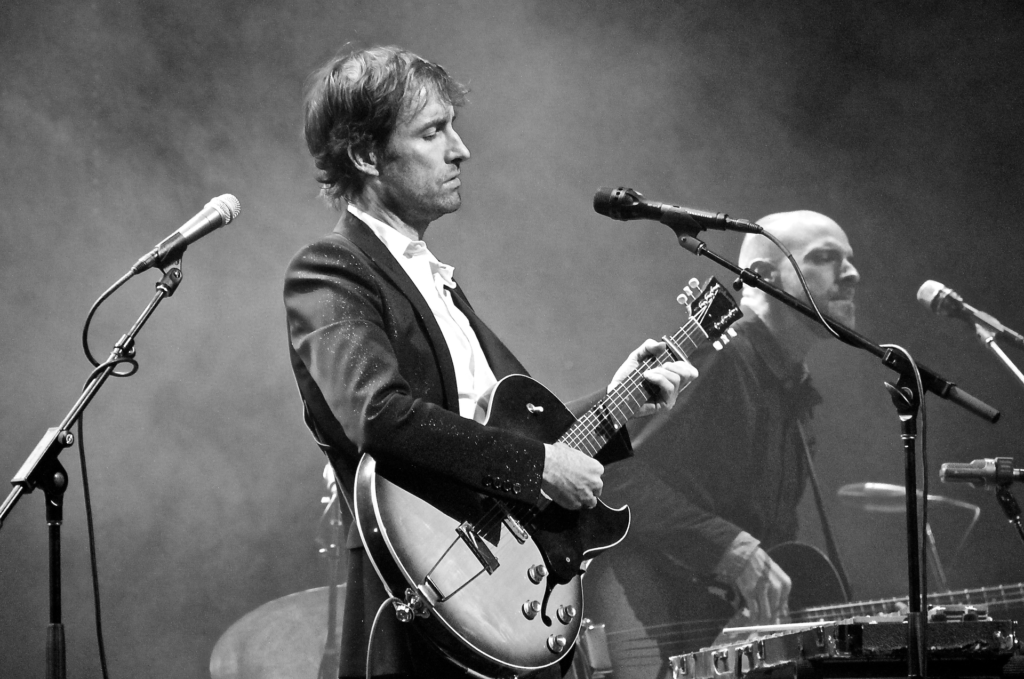 Bird’s whistling, which first surfaced in “Lusitania,” adds an old-fashioned feel to his songs, like something from the credits of a 1960s French comedy, but it seems to burble up spontaneously. (At one point, he doubled his glockenspiel melody by whistling it, which probably shouldn’t have worked, but did.) Even with these filigrees, Bird’s music is ready for huge rooms.

The show closed with an acoustic (i.e., non-looped) set, accompanied by two band members on guitar, and Bird seemed especially comfortable in this setting, especially as he eased into a cover of Neil Young’s “Harvest.” Bird even relaxed enough to treat the crowd to the theme song for a TV show he’s envisioned called Professor Socks, and, based on the premises revealed in the song (socks made from magical thread, even), if it’s realized, the show will probably pull in plenty of adults, too. 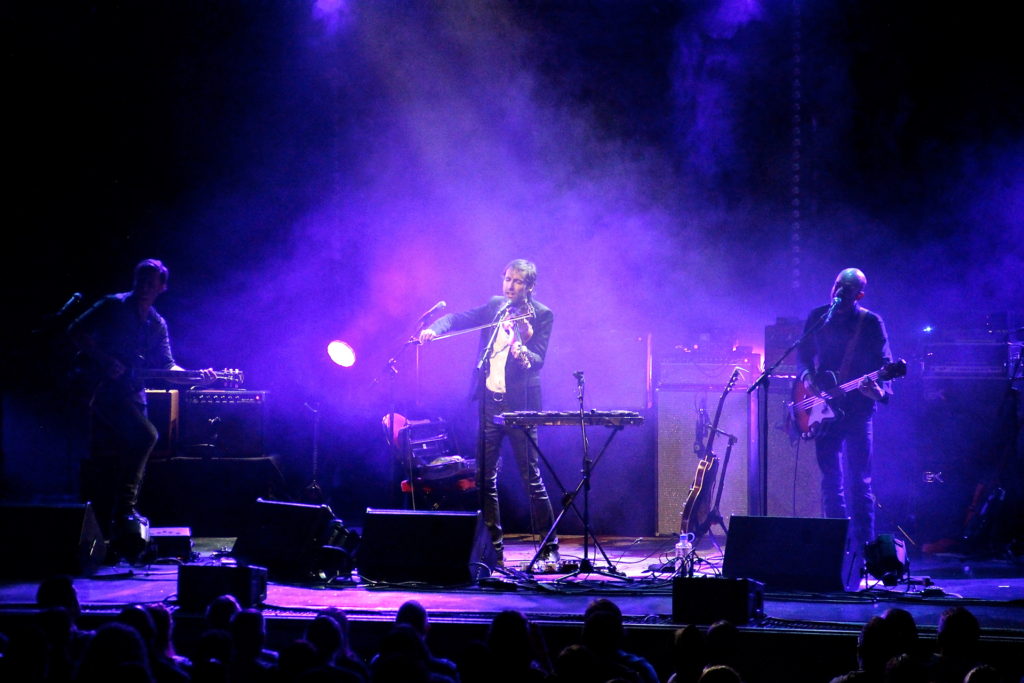 Before “Professor Socks,” though, there was a moment in the show when Bird, with his electric guitar slung on his back, and silhouetted by an intense spotlight behind him, lit into a ferocious, blazing violin solo. In that moment, Bird was completely badass. When you add up all the disparate parts of his sound, that shouldn’t be possible … but there it was. 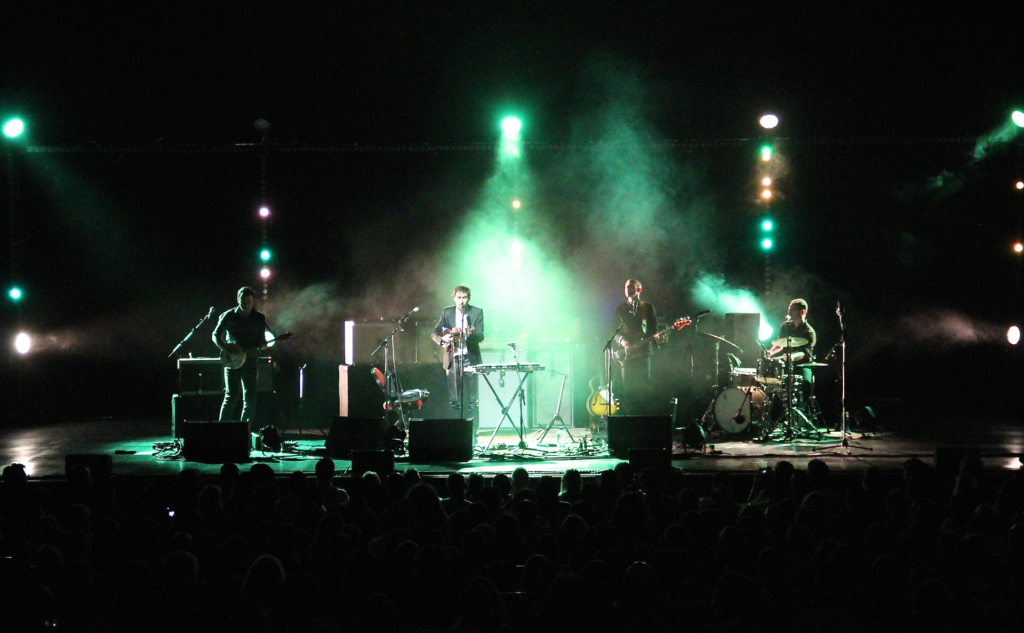 Leftovers: Openers Dawn of Midi, on paper, seem fascinating — a drums-bass-and-keyboard trio working to capture the sound of electronic loops live, without MIDI. In practice, however, their relentless 35 minutes of music was like the moment of finding a random groove in the whir and clanks of an MRI. Their sound was great for a few minutes, but without a melody, a song break, or much to watch or do, it just became punishing.

Valleys of the Young