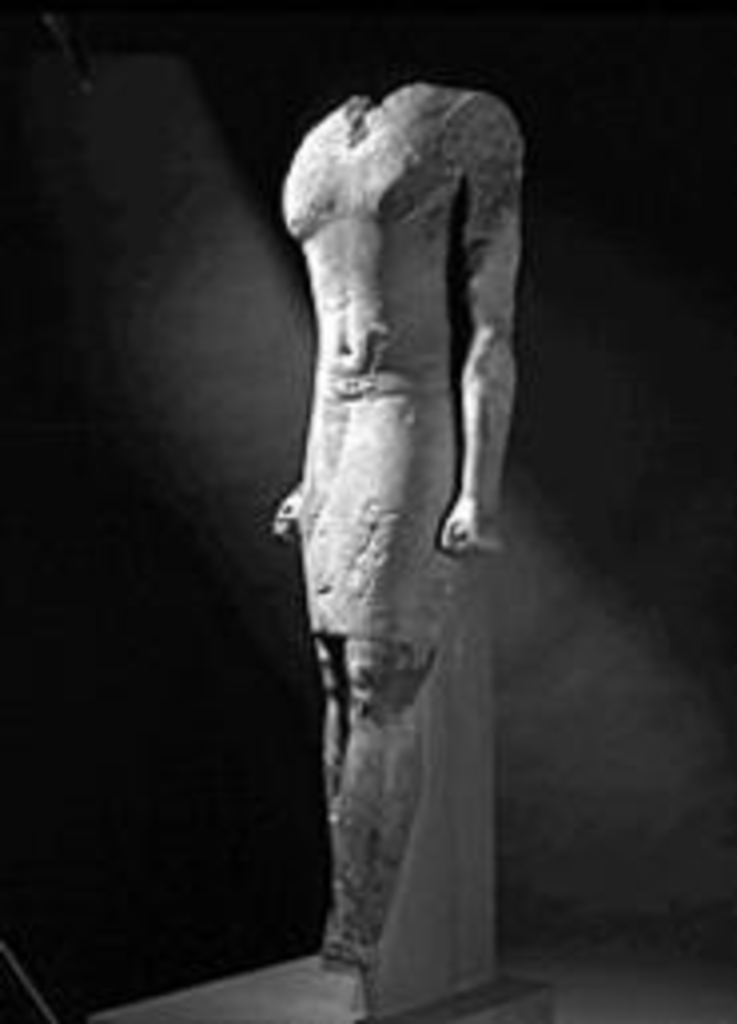 For the best abs and pecs in midtown, one doesn’t automatically think of the Nelson-Atkins Museum of Art (4525 Oak). But why not? Artists have revered the human form for centuries. For this weekend’s “The Curator Is In” lectures, Robert Cohon, the museum’s ancient-art curator, turns a critical eye on the well-preserved bodies in the museum’s collection for a talk called “Anatomically Incorrect. “ “It came to me because I was gaining weight,” he says of the inspiration for his lecture. “I became concerned with health and how the body works, and very interested in how the Egyptians, Greeks and Romans transformed the human body into art.”

He cites as one example the Egyptian take on the male torso. “There was one vertical line from the navel to the rib cage,” he says. This isn’t a six-pack — it’s a two-pack. The lectures, which start at 7 p.m. on Friday and 1 p.m. on Saturday in Gallery 102, are free but have limited seating. Call 816-751-1399 for information.— Steve Walker

If 1967 was the summer of love, then 1970 was when all the leaves started falling. After Woodstock came Altamont and Manson. Though ’67, with its marketable catchphrases and wacky outfits, is the more revered year, T.C. Boyle‘s Drop City takes a trip down the seedier memory lane. Following the members of a California commune as they blow through their high-minded ideals and good karma, Drop City‘s story line parallels the peace and love decade’s tailspin when the book’s hippie horde decides to keep it even more real by moving to the wilds of Alaska. In the outback, the Drop Citizens find that their mystic crystals and deep thinking are no defense against the real world. Boyle, best-known for The Road to Wellville, carries a cynical ax and grinds it with glee. He reads at Unity Temple on the Plaza (707 West 47th Street) at 7 p.m. Wednesday. Call 913-384-3126 for more information.
— Christopher Sebela

On September 11, 2001, Ellen Mariani‘s husband died in the World Trade Center. On November 26, 2003, she filed a lawsuit against Dick Cheney, Condoleezza Rice, Donald Rumsfeld, George W. Bush, Bush’s father and others, alleging that, for financial and political gain, they failed to prevent the attack. Mariani, a grandmother living on Social Security, says her aim is information, not financial compensation. She says she would rather “eat dirt” than accept money from the September 11th Fund. Mariani speaks about her lawsuit at 6 p.m. Sunday at Unity Temple on the Plaza (707 West 47th Street). The event is free.— Kelly Sue DeConnick