An interstate running through downtown? I’d cap that 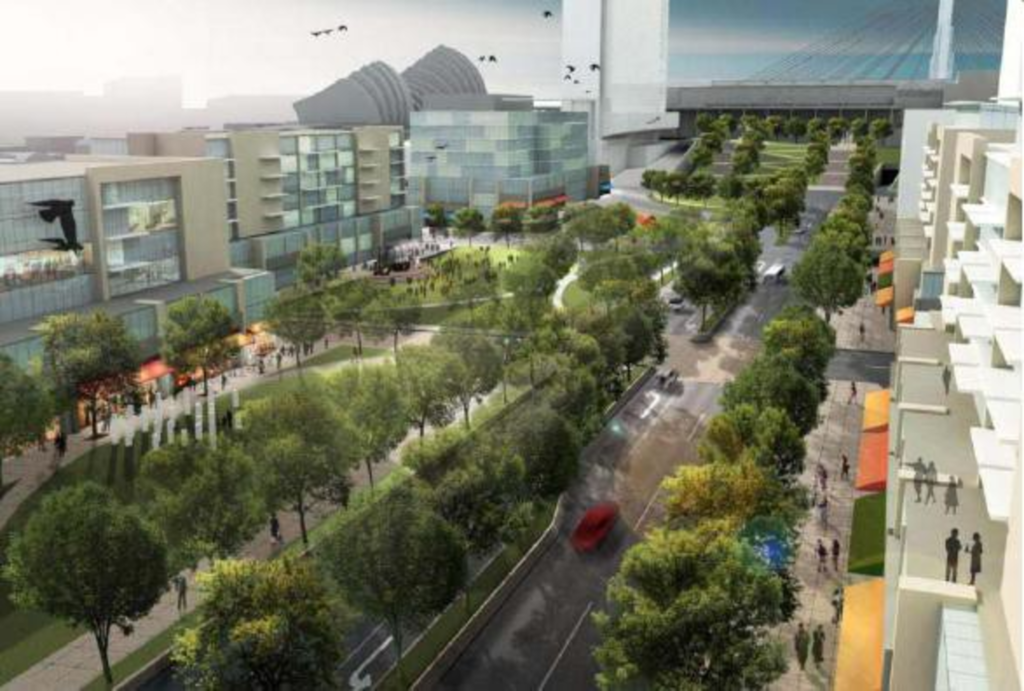 Local officials met yesterday to mull a plan to overlay Interstate 670 with open, green space, stitch together two disparate areas of downtown — the Crossroads and the Power & Light District — and eliminate one of downtown’s least pedestrian-friendly walkways.

Bob Langenkamp, assistant director of city planning, reported results of an 18-month feasibility study, which made it’s pro-cap recommendation to the committee. He used phrases like “activate the street level” to discuss a pedestrian link between Bartle Hall and the Sprint Center.

Truman Road, which is currently straddles I-670, could potentially be shifted, and Langenkamp laid out three alternatives.

Langenkamp expected the project to

federal funds for the project, but details were pretty scant.

Any potential building project would coincide with MoDOT’s regular replacement interval for the bridges that span I-670. Langenkamp said MoDOT has indicated it will pledge the cost of the bridge replacement project to the overall construction fund.

Planning such a large project and actually building it would take about a decade, Langenkamp said.

The Planning and Zoning committee asked a few questions before unanimously voting to pass the recommendation along to the full City Council, but leaving the Truman Road question vague and open to future discussion.