Amply Media is one of the best places to work in Kansas City ⁠— and they’re hiring! 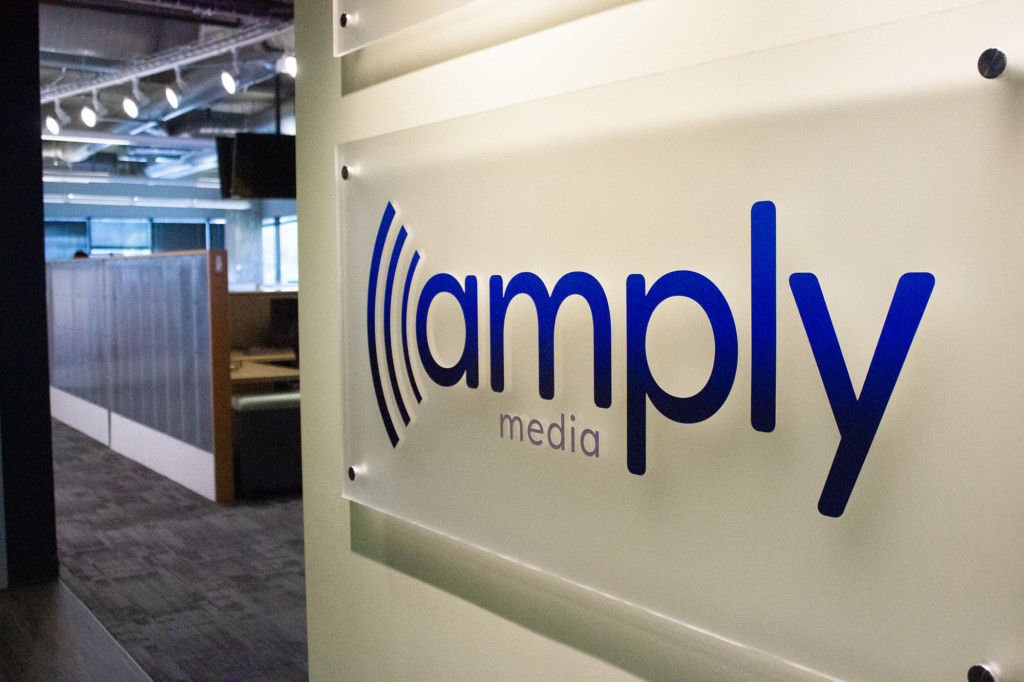 Amply Media is only three-years-old, but they are already making big waves in Kansas City. The digital content network runs over 50 individual websites which generate over 1,000 articles per month for a dedicated audience totaling over 100 million subscribers. The company has more than doubled its revenue in the past year and has most recently received awards from not just one, but two companies — Great Place to Work and Ingram’s — as one of the best places to work in Kansas City.

“Growing the business is really great,” says CEO Ryan Schaar. “But to win those awards for being a great place to work, recognizing we’ve created a business and culture where people truly enjoy coming to work every day, that means the most to me.”

Located on the Plaza, Amply Media’s open-office space is buzzing with innovation and experimentation. The company is built around a massive network of entertainment websites that generate the kind of content that people talk about around the water cooler. Audiences subscribe to receive “alerts” about breaking news, Hollywood gossip, severe weather updates, political updates, and more. Subscribers receive only the alerts they’re most interested in, and only on the device they want to receive them.

“Everybody knows that audience attention spans are getting shorter and shorter,” says Chief Creative Officer Lance Hemenway. “But the thing that’s equally true, is audiences want their content to be 100 percent on demand. If somebody wants their weather or their news, they want it right now. Amply Media stays at the absolute cutting edge of the technologies that give people the content they want, precisely when the want it.”

Want your weather when you wake up? Done. Want your horoscope Monday morning? Easy. Want breaking news sent to you as soon as it hits. You got it. Amply Media’s team of engineers, analysts, editors, writers, and reporters create the content, build the platforms, and deliver it to their readers — all while managing to encourage creativity and genuinely have fun (see the beer fridge or outings schedule for proof.)

Impromptu celebrations, outings to Royals games, a packed snack bar — all are perks for Amply team members. But for Schaar and Hemenway, creating a great work culture isn’t just about ticking those boxes, it’s about keeping team energy up, encouraging creativity, and emphasizing the testing of new ideas. 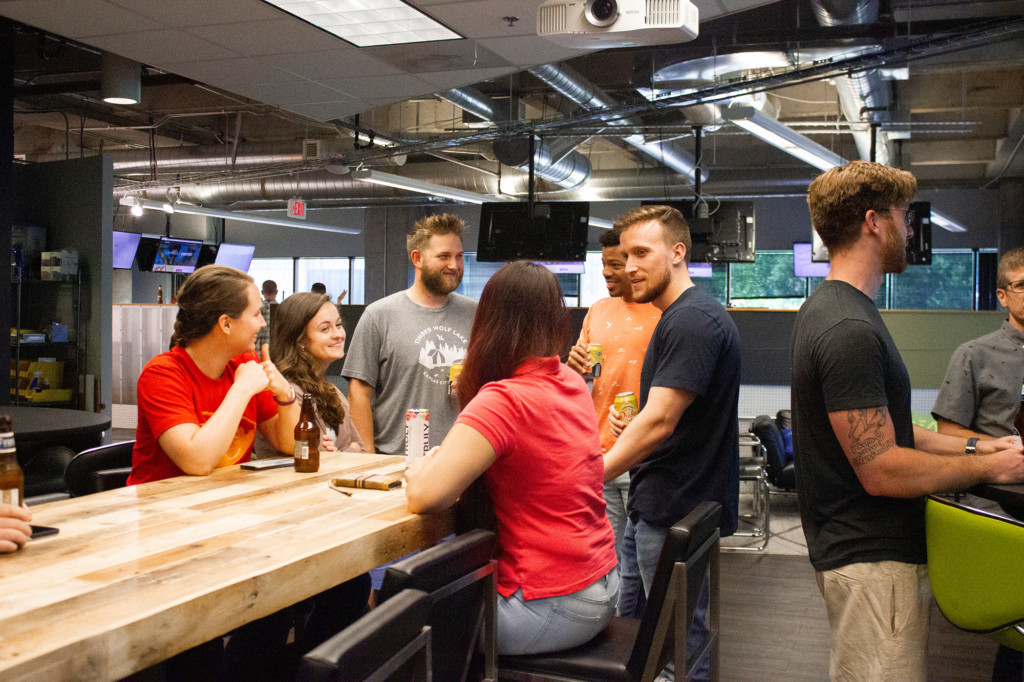 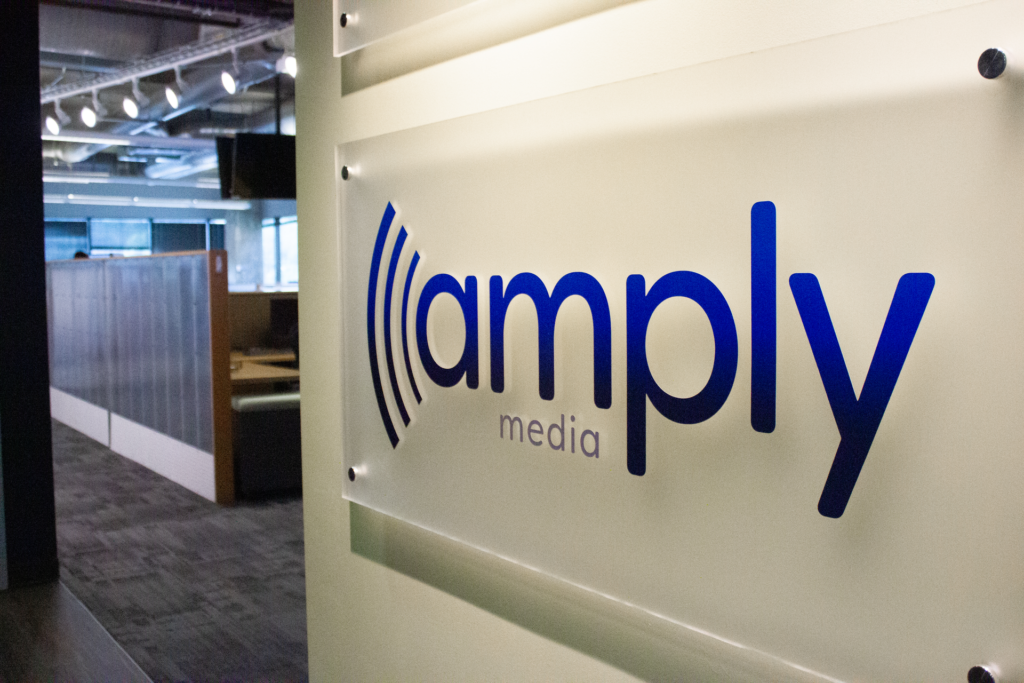 “I think it is pretty rare for a company to truly care about their employees the way Amply Media does,” says Chris Boyle, Engineering Team Lead. “They make it clear that we are what drives the success of the business and they do whatever they can to give us the tools we need to grow in our roles and in our careers.”

Amply Media operates like a think tank. If you have an idea in the morning, you can start testing it that afternoon. The “red tape” found at other companies is strongly avoided, according to Hemenway. This gives fresh ideas the ability to not only grow, but to grow rapidly.

“We definitely have a work hard, play hard culture here at Amply Media. Our goals are set aggressively, and when we achieve them, we always have a fun event or reward to celebrate,” says Account Manager Morgan Sharpe.

When the office found out Amply Media had won the Great Place to Work award, employees arrived that morning to balloons, streamers, a giant banner, and breakfast. “We all felt incredibly proud to have been recognized,” recalls Boyle.

And that recognition was well deserved — Great Place to Work awards companies based on anonymous surveys employees fill out. Amply Media’s results showed that 98% of employees would recommend a close friend to work at Amply Media.

“We were just blown away,” Schaar says. “To hear such great feedback, first-hand from our employees, it was just amazing. We’ve tried very hard to create an employee-first business, and to create a workplace that encourages creative thinking and personal growth.”

Entrepreneurs, future CEOs, innovators, creators — those are the people who make up Amply Media.

“When everybody comes in every morning powered up, excited, and engaged, then the sky’s the limit,” Hemenway says.