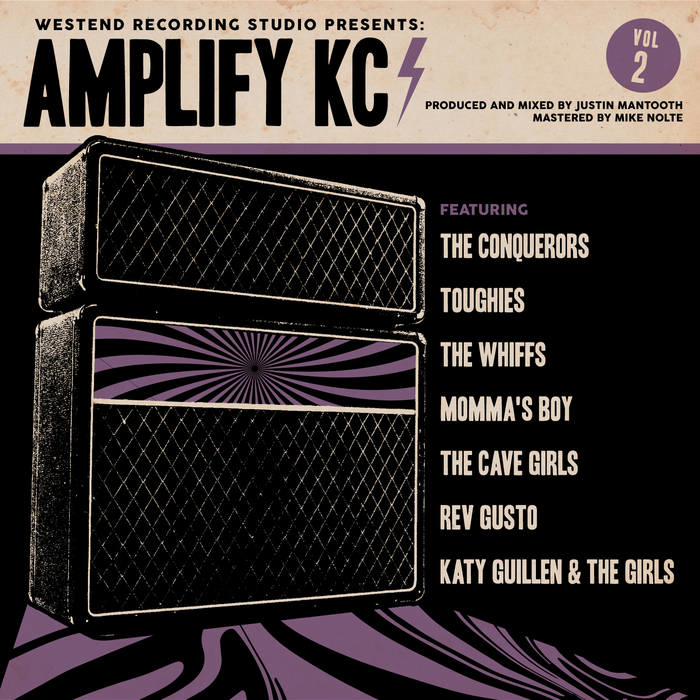 Since Westend Studios opened, in 1988, its recording gurus have been responsible for engineering the sounds behind some of your favorite local records. Kansas City veterans such as Shiner, the Life and Times, and the Pedaljets have all put together albums there. Recent local favorites Shy Boys and Fullbloods have, too. Even Justin Bieber recorded three songs for his 2011 acoustic album at Westend, coinciding with a tour date in town.

Last February, the team at Westend released a free compilation, titled Amplify KC Vol. 1. It featured tracks from local metal groups that had been recorded at the studios. Bummer, Keef Mountain, Hyborian and eight other bands joined the heavy free-for-all.

This year Westend has brought Amplify KC back, focusing on a different sound. Vol. 2 is all about various flavors of indie rock.

The comp kicks off with a new track from one of Kansas City’s most acclaimed active bands, the Conquerors. “Give Me More” is a snappy number — and perhaps the most frustrated a love song can sound. It could’ve fit nicely on the band’s Wyld Time LP last year — which might be the catchiest half-hour of British Invasion pop a Kansas City act has ever released.

Conquerors labelmates the Whiffs also show up here. Its “You” isn’t a particularly aggressive track; one of the group’s guitarists pounds out power chords while the other creates a melody that sounds like a police siren. For these reasons, the song possess the same rough-and-tumble qualities of classic British oi groups like Cock Sparrer.

Toughies is the lone Lawrence act on Vol. 2. The five-piece has offered up a fairly standard indie-rock sound on most of its recent material, but “Free” teeters on the edge of alt-country. Guitarist and lead singer Carl Smith sounds sorrowful, his plaint about the woes of mortality backed by his bandmates’ perfectly executed vocal harmonies. Combined with a breezy melody and a stirring guitar solo, this track is golden.

Momma’s Boy is one of the newest bands involved here. Its “Sleepin’” is a predictably laid-back tune that feels similar to Weezer’s “Keep Fishin’” and the Get Up Kids’ “The One You Want” — garage-rock with peppy background vocals.

The Cave Girls, meanwhile, wide awake. “Crazies” is a jangly, liberal battle cry that inadvertently references the current political climate, urging the folks out there to fight ignorance with empathy.

Throughout its run, Amplify KC Vol. 2 sounds consistently crisp and clean thanks to production and mixing by Justin Mantooth and mastering by Mike Nolte. Westend Studios has again assembled a formidable mix of Kansas City bands for a variety pack that nearly any local rock fan can enjoy.