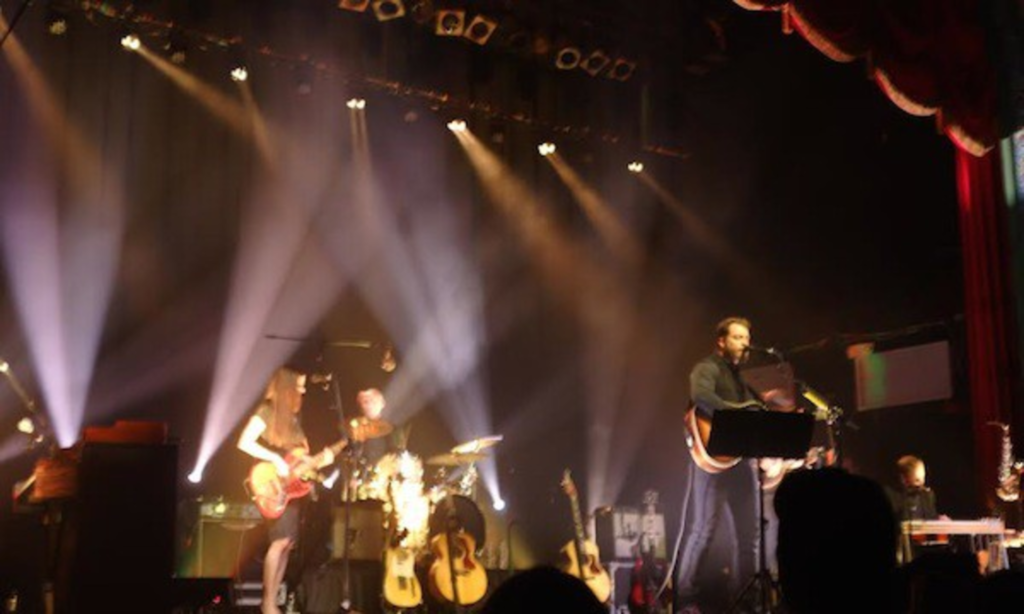 Thirty-six-year-old Lee and his seasoned group of musicians have been touring to promote his fifth and latest studio album, October’s Mountains of Sorrow, Rivers of Song. The album was recorded by Jay Joyce in Nashville on the Blue Note label, and it certainly exemplifies a metamorphosis from Lee’s original alternative-rock sound to a deeper blend of Americana roots. This growth is not unwarranted. It does provide Lee with more of a channeled sound – though a sound not necessarily his own. Still, the crowd at the Uptown last night didn’t seem to mind this development much.

By the time Lee opened up with “Flower” to the full crowd of middle-aged parents and young couples, everyone was equally satiated with enough pricey booze to last the hour-and-a-half set. This doesn’t leave out Lee, either, who was getting progressively looser, slow eyeball movement included. The mysterious black bottle attached to his mic stand that he was regularly sipping on must’ve done the trick, though this wasn’t at all a bad thing. As the night went on, his songs picked up the pace, and his musicians lost their professional stature and began to move a little – the female bassist and drummer, especially.

The majority of the band, which has been touring with Lee for years, had fun with a number of devices. Mandolin player Zach Djanikian and pedal steel player Andy Keenan killed it as they spread their talents over about 10 different instruments, from the alto sax to a clearheaded banjo, as well as backing vocals. And there was a distinct bond between the other musicians and Lee – it was obvious that he enjoyed his time onstage with them.

Rounding out Lee’s band was longtime drummer/percussionist Freddie Berman and piano, accordion and organ player Jaron Olevsky, who both also sang backup. In fact, all the members added harmonic elements, starting off in the second song, “High Water.” Sugarland’s Annie Clements was along as Lee’s bassist, and she belted out soprano harmonies, adding delightful hops to Lee’s alluring voice and chord sequences. 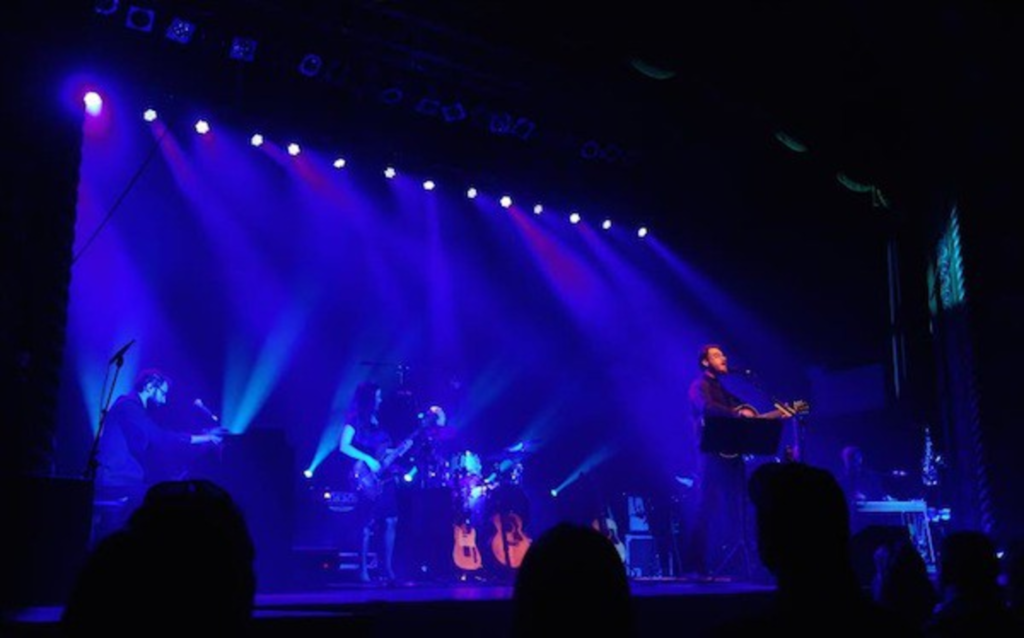 Lee’s songs are likable for their familiar content: themes of lost love, missed opportunities, family members and other not-so-clear ideals. There was a midset break, where Lee switched from acoustic to electric guitar to childlike hand-clapping, and sang three solo songs before calling the other musicians back up to the stage. Lee eventually lost his glasses, black suit coat and dress shirt, which added to a generally freeing vibe. (Sadly, he kept an undershirt.)

Lee knows how to write lyrics, but sometimes the wording is so elusive that it could be about almost anything. Some of the highlights of his show included covers of classic songs, which Lee’s honeyed, versatile voice managed beautifully: “Christmas in Prison” by John Prine, Frank Ocean’s “Thinking About You,” and “Fat Bottom Girls” by Queen. (Though Queen’s lyrics were slightly altered from “are you gonna take me home tonight” to “are you gonna take me out tonight,” which I found particularly irksome.)

Lee infuses his music with a whole spectrum of varying genre elements, yet he doesn’t seem to focus hard enough on one, or even two. He’s like a handyman, hammering together pieces of bluegrass, R&B and folk, among others. Nevertheless, Mountains of Sorrow does set more of an Americana blended sentiment, which is good for the sake of consistency, and he was able to cover a lot of ground in only an hour and a half of playing time.

Leftovers: If you haven’t seen Amos Lee dance, or should I say “finger wag,” YouTube it. Now. I felt like I was watching Bret McKenzie and Jemaine Clement lob out white-boy dance moves most of time… which is not necessarily a bad thing.