Amid mounting criticism, Port KC decides it will stay out of the downtown incentives game moving forward 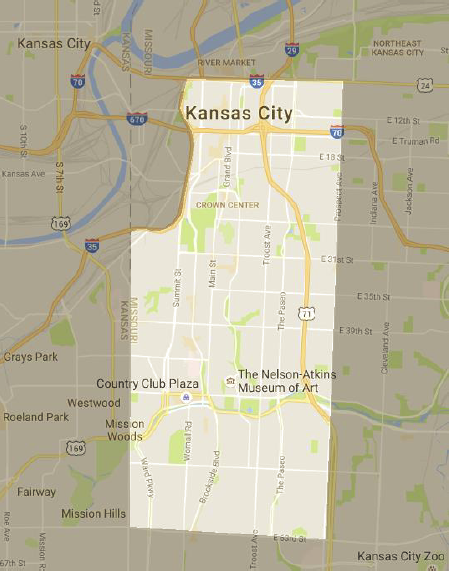 Earlier this week, the Port Authority of Kansas City approved a proposal that would give the mayor and city council more discretion in which projects the agency incentivizes in the downtown area.

“Economic success and quality job growth for KC depends upon collaboration and partnership,” Port KC President and CEO Jon Stephens said in a statement. “Port KC is dedicated to a shared equity vision. If reframing how we work in certain areas allows greater collaboration, we are in full support.”

Port KC has long been at the center of criticism for being able to hand out tax breaks without oversight from the city’s elected leaders. The state-chartered development agency was initially founded in the 1970’s to support economic development projects in “any area designated as within a port district … or could be reasonably connected to the business of a port.”

The Port Authority’s core area is the riverfront. But in recent years, Port KC has been involved in projects that have no connection to the river, or any port-based business whatsoever. The authority has given millions of dollars of incentives to projects like the Board of Trade building on the Country Club Plaza and several projects in the downtown area.

Most recently, the agency has received criticism for its involvement with the redevelopment of the Jack Henry Building on the Plaza and the proposed Strata office tower project in the Power and Light District.

In his first months in office, Kansas City Mayor Quinton Lucas has expressed his displeasure with the Port Authority. He’s asked for the resignation of the Port’s board members, seeking to fill those seats with people of his choosing. Lucas also told the Star that he’s considering limiting Port KC’s authority to fewer geographic areas.

The Memorandum of Understanding (MOU) the agency’s board of commissioners passed on Monday is intended to symbolize Port KC’s willingness to collaborate with the city’s elected officials. The MOU applies to the city’s Central Business Corridor (CBC) which runs from the Interstate 35/North Loop to 63rd Street, and from Prospect Avenue to the Kansas state line.

“The determination to create this MOU grew out of a desire to focus our work and build continued success,” says Stephens. “Staff and the Commission looked at how we can make the most positive change in KC and this was a part. No one asked us to do it.”

The MOU has been passed on for approval by the mayor and city council. If approved, Port KC will not be able to incentivize projects within the CBC unless invited to do so by the city council. The MOU also caps tax incentives the Port KC can offer CBC projects they are invited to aid at 50 percent, unless the city council requests otherwise.

Councilman Eric Bunch (4th District) tells The Pitch he is supportive of the MOU. He likes that the proposal still allows for the city to use the Port Authority as a resource, which he thinks may come in handy for projects like affordable housing.

“I think it’s a good-faith effort from the Port Authority to address what’s perceived to be them overstepping their role,” Bunch says. “It’s a good way to keep the opportunity around while addressing the perceived issue of them sort of going off and doing incentivized development with or without the city’s input.”