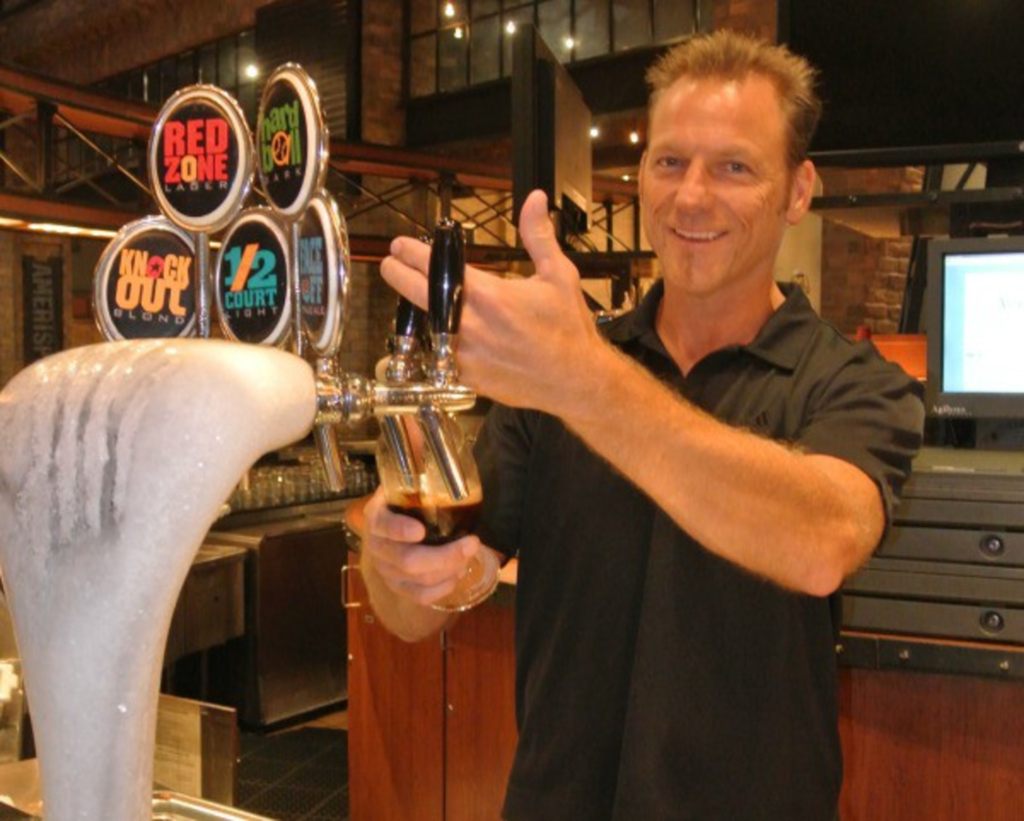 If bacon and beer sounds to you like a marriage made in hog heaven, this is your weekend: Union Station is home to Bacon-Fest, Kansas City’s annual celebration of pork (and a benefit for the Rehabilitation Institute of Kansas City).

Stacey Payne, brewmaster at Amerisports, is the man with the suds. Saturday at Union Station, he’s set to serve six of his brews: Half Court Light, Knock Out Blond, Face-Off Pale Ale, Red Zone Lager, Hard Ball Dark and Draft Choice Saison. He says he usually goes through about 40 kegs at Bacon-Fest. Forget how the sausage is made; how does Payne do his thing? He shows off the Amerisports brewery, inside the Ameristar casino (3200 North Ameristar Drive), after the jump. 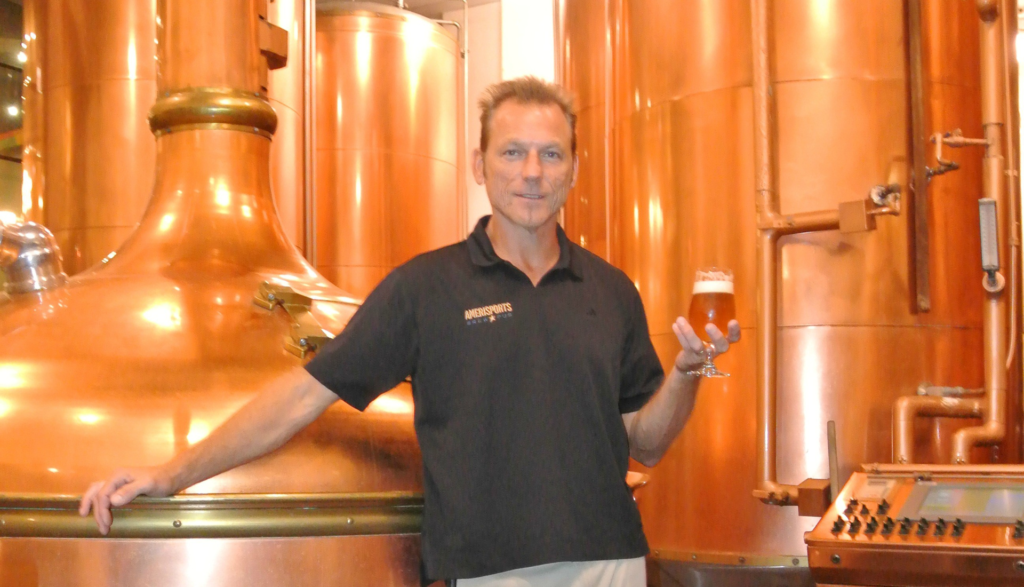 Payne started brewing 18 years ago, and he’s been running Amerisports’ 50-barrel brewing system for about a decade. (He’s the former brewmaster of Pony Express Brewing Co. in Olathe, where he spent eight years, starting in 1997, when he was just out of brewing school.) In these copper tanks, Payne brews about 12,000 barrels a year, much of which is served in the casino’s restaurants and gaming floor (with some earmarked for other casinos in the chain). It’s a big job, but he’s not necessarily on the local beer radar.

“People come into the casino and they think this is all for show,” Payne says. “I’m like, ‘This would be a really expensive show.'”

That’s changing a bit. Payne has been hitting the beer-festival circuit, with recent stops at the Parkville Microbrew Festival and Boulevardia’s Taps & Tastes.

“When I first got here, we couldn’t sell beer outside of this bar,” Payne says. “And we couldn’t do any beer festivals and all of this stuff.”

That was a liquor-license issue, which has since been resolved.

“Now I can do anything any other microbrew can do,” Payne says. And he’s taking advantage of those opportunities for exposure. Ameristar is also promoting his beers, putting them on billboards around the casino. And there’s new emphasis on making drinkers feel like they’re in a brewpub.

“When I first started here, back in ’04, I was told by the manager that they were doing one craft beer to every four bottles,” Payne says. “We’ve pretty much reversed that trend now. … That’s been a victory for me.” 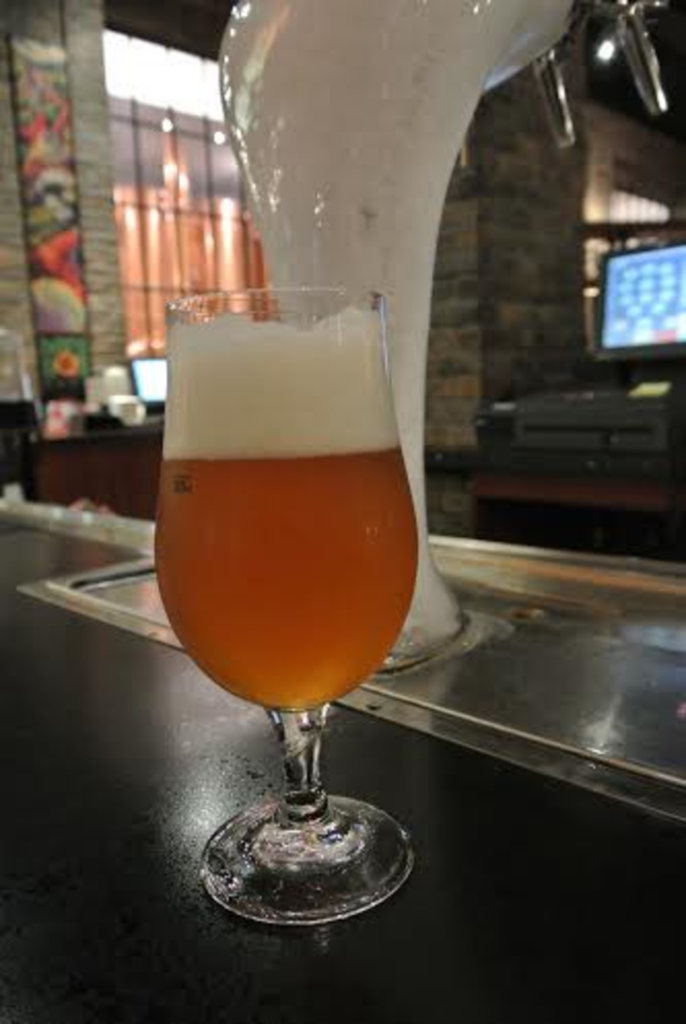 Now, about those Bacon-Fest beers.

The most intriguing is Payne’s peppery, citrusy Draft Choice Saison. He hadn’t finished it during my tour of the brewery, but the fruit characteristics were already present.

The Half Court Light, a wheat lager, is Amerisports’ best-selling beer. “It’s my lightest beer,” Payne says. “It’s nice and clean. This is what I usually get our Bud Light drinkers.”

No. 2 there is the pilsner Knock Out Blond. “It’s got about twice the bitterness of the Half Court, but there’s plenty of residual sweetness to balance it out,” Payne says.

Payne’s Face-Off Pale Ale is an American-style pale ale that’s finished with English hops. “A lot fruitier, a lot more flavorful than the other two [Half Court Light and Knock Out Blond],” he says. “A lot of guys gravitate toward this once they get their palate used to something bigger and more flavorful.”

Red Zone Lager is meant to suggest an Oktoberfest beer, and Hard Ball Dark is a German dunkel.

After Payne works to win over beer drinkers outside the casino Saturday, he’ll go back to educating his core constituency.

“We have so many people here all of the time anyway who are just blindly ordering buckets of Bud Light or whatever,” he says, “that there’s a lot to do here before I start to try to support a bunch of taps around town.”

Bacon-Fest: from 2 to 5 p.m. Saturday at Union Station (30 West Pershing Road). You must be 21 or older to attend. More information at baconfestkc.com.