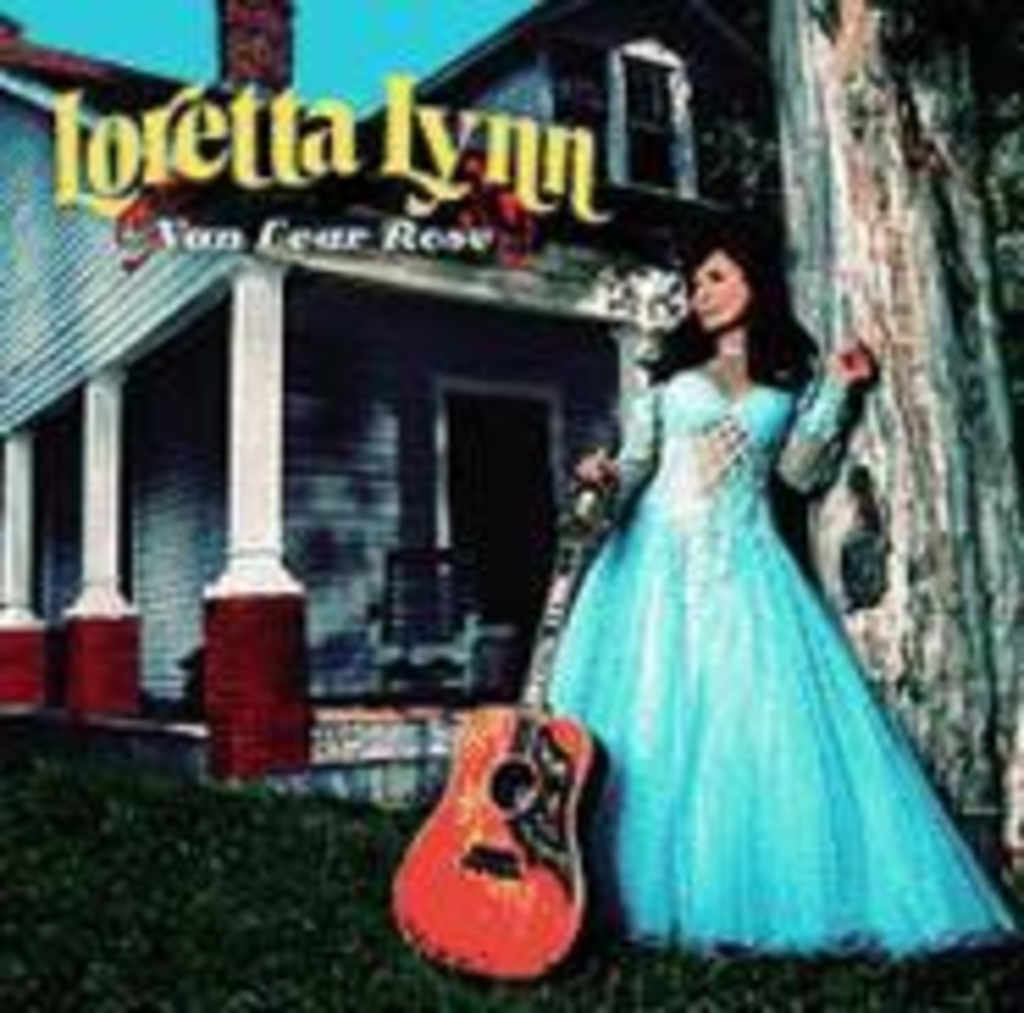 Sales-wise, at least, 2004 was the year Nashville got its groove back. Heavy hitters such as Tim McGraw, George Strait, Kenny Chesney, Keith Urban and Shania Twain all dropped platinum records, but what has the city more excited than it’s been in years is the fact that it finally managed to anoint a couple of new stars. Kid Rock copycats Big & Rich wedded honky-tonk and rap sensibilities and came up with a million-seller; Gretchen Wilson came roaring out of the Illinois cornfields with “Redneck Woman” and emerged as the feistiest, orneriest female country singer since Tanya Tucker. Meanwhile, both in Music City and out in the sticks, the loose confederation of disparate genres that march under the Americana banner trudged on, touted by critics and mainly ignored by mainstream rock and country radio. And that’s a shame, because even though Americana is deluged with lots of mediocre product, these ten CDs blow the doors off just about everything that came off the major-label assembly lines. And they’re all better than Wilco’s latest overrated opus.

1. Loretta Lynn, Van Lear Rose (Interscope). Who woulda thunk that the Coal Miner’s Daughter and Jack White and his bag of Zep riffs would go together this well? Lynn’s storytelling panache and vocal chords are in fine fettle, White and his band of Midwestern garage-rockers are out for blood, and Van Lear Rose is one kickass album of Appalachian acid rock, a stone-cold classic for hipsters and hillbillies alike. There’s Sun-style boogie (“Have Mercy”), hell-hath-no-fury revenge tales (“Mrs. Leroy Brown,” “Family Tree”), foot-stomping hollers (“High on a Mountain Top”) and the alternately psychedelic and pummeling White-Lynn duet “Portland, Oregon,” which was easily the single of the year. Of course, country radio saw it differently: The album got almost no airplay outside of adult-alternative and college-rock stations. Which is sad, ’cause it’s one of the greatest ever to come out of Nashville.

2. Drive By Truckers, The Dirty South (New West). Poetic tales of small-time coke dealers, reluctant warriors, desperate moonshiners, redneck sheriffs and cancer-stricken towns, all set to menacing boogie beats and 100-proof three-guitar throb. Doesn’t get much better than that. Throw The Dirty South in with Southern Rock Opera and Decoration Day, and you have one of the great three-album runs in rock history, a stretch equal to the Stones’ Beggars Banquet/Let It Bleed/Sticky Fingers era or the Beatles’ Rubber Soul/Revolver/Sgt. Pepper’s period.

3. Sam Phillips, A Boot and a Shoe (Nonesuch). Dry as a sidewinder’s rattle twitching over desert sands, Phillips’s haunting neo-cabaret pop is spare, elegant and intelligent. Though she’s deliberately shorn away most of her Beatles-esque borrowings, she can’t quite shake her knack for crafting the kind of gorgeous melodies that give you goose bumps even when you hum them. The sumptuous tunes — centered around Phillips’s Marianne-Faithfull-like voice — are set to minimalist guitars, super-crisp drums and, as on the swellingly superb “Reflecting Light,” the occasional string quartet.

4. Los Lobos, The Ride (Hollywood). Affairs as studded with guest shots as this one normally have label calculation written all over them. (See Santana, Carlos.) But Los Lobos has never been a normal band. Here the boys invite in some of the people who’ve influenced them, others whom they’ve influenced, and a few like-minded contemporaries, coming up with their strongest start-to-finish set since Kiko. Highlights include Dave Alvin’s dusty cover of “Somewhere in Time”; the joyous gutter fiesta of “Kitate” with Tom Waits and Martha Gonzales of Quetzal; the ass-shaking Cafe Tacuba collabo “La Venganza de los Pelados”; and soul-drenched remakes of two 1980s Lobos classics — “Someday” with Mavis Staples and “Wicked Rain” with Bobby Womack, to which Womack appends his L.A. funk classic “Across 110th Street.” Take it to the bank: Los Lobos is the greatest rock band of the past twenty years, and decades from now, rock historians will still be digging their records and wondering why contemporaries U2 moved so much more product.

5. Various Artists, Black Power: Music of a Revolution (Shout!). Black people have always been better at embedding messages in their music than whites, and this double-disc compilation of Nixon-era African-American anthems is proof positive that shaking your ass and using your brain are not mutually exclusive propositions. Who needs the leaden, hectoring screeds of Country Joe and the Fish, Phil Ochs or even Rage Against the Machine when you can get much the same messages — coated in soul and dripping with funk — from Gil Scott-Heron’s “The Revolution Will Not Be Televised,” Les McCann and Eddie Harris’s “Compared to What,” the Staple Singers’ “Respect Yourself” or the Isley Brothers’ “Fight the Power”?

7. Starlings TN, Between Hell and Baton Rouge (Catamount/Chicken Ranch). What do you get when you take a couple of punk-rockers from the Louisiana backwoods, put them on an intensive course of Spiritualized and Spaceman 3 records and then run them through an old-time music seminar? And then have them learn to play back all they learned on mountain dulcimers, some picked in the traditional manner and some bowed like some kind of strange lap fiddle? You get stuff like this “nineteenth-century techno” record, a unique and eerie collection of postmodern mountain music similar to that of bands like Califone and the Handsome Family, albeit without electronics.

8. Jesse Dayton, Country Soul Brother (Stag). People from in and around Jesse Dayton’s home town of Beaumont, Texas, right near where Louisiana oozes into the Lone Star State, have always had a hard time keeping their genres pure. Thank God for that — otherwise we wouldn’t have George Jones’s rock-and-roll sides, Gatemouth Brown’s country fiddling, or even Janis Joplin’s potent mix of country, rock and blues. Or, for that matter, Dayton’s Country Soul Brother, a Gulf Coast gumbo of horn-heavy country, blue-eyed soul, Czech-Texan polkas and rockin’ honky-tonk that sounds like deep East Texas AM radio from 1974. (Oh, and Dayton also transforms the Cars’ “You’re Just What I Needed” into a Texas dance-hall anthem.) For those of you who miss the late, great Doug Sahm, here’s a little slice of his big-as-Texas spirit served up by a worthy successor.

9. Various Artists, Music From Coffee and Cigarettes (Milan). Ever sat up way too late with your record collection and gotten far too deep into a jug of wine and put together a too-weird-for-words compilation tape? That’s exactly what this soundtrack CD is like — an “I-can’t-believe-this-song’s-after-that-one” assemblage that segues from the primordial ska of the Skatellites to George Clinton’s high funk to light opera from Gustav Mahler. And you might think you need to hear another cover of “Louie Louie” about as much as you need a case of mad cow disease, but that’s only because you’ve yet to hear Iggy Pop’s incandescent version. It’ll have you breaking your own furniture, and happy about it.

10. Adrienne Young & Little Sadie, Plow to the End of the Row (Addiebelle Music). Will Kimbrough co-produced and co-stars on this exciting and confident mountain-music debut from Adrienne Young, a Nashville-based singer/banjo-picker/multi-instrumentalist to watch. There are fine lines between down-home and downright precious, accessibility and crass commercialism, and Young walks both with aplomb. There are no vocal affectations or cutesy turns of phrase here; Young possesses a sweet and laconic vocal authenticity, and her band shines, both on the covers of Appalachian staples such as “Soldier’s Joy” and “Lonesome Road Blues” and on her originals, especially the laid-back title track and the excellent “Sadie’s Song.”