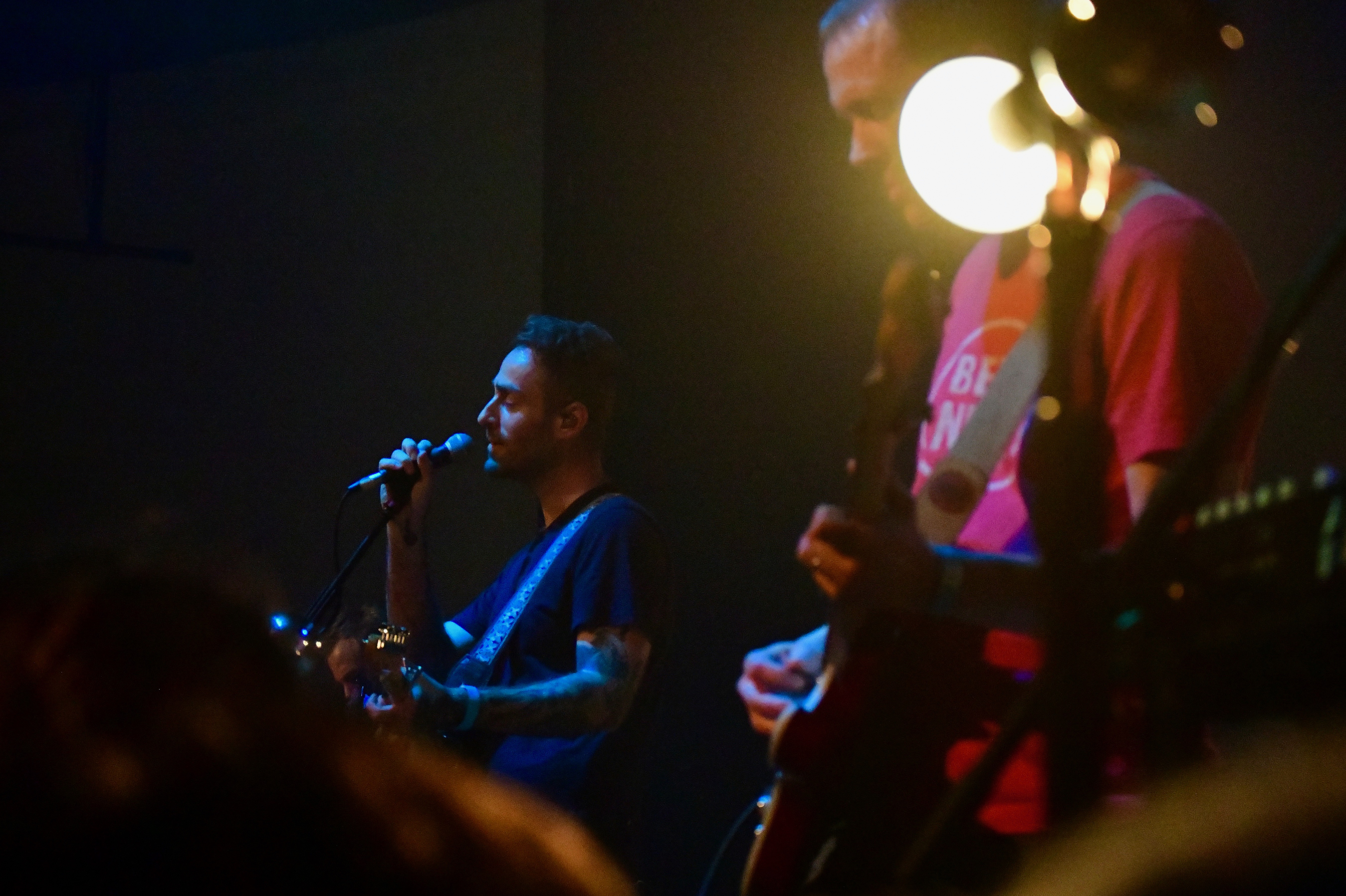 A certain kind of magic hung in the air Friday night at the Granada: harvest moon, mild weather, and the arrival of Chicago emo legends American Football one day shy of the 20th anniversary of their iconic, self-titled debut album. Google searches failed me in my quest to determine whether this was the group’s first-ever Lawrence show—local emo historians, help me out—but for a large majority of those in attendance, this was surely the first time seeing them.

In fact, a decent chunk of the Granada crowd would have been newborns or toddlers during American Football’s original four-year run in the late Nineties. Guitarist and singer Mike Kinsella didn’t offer much in the way of stage banter, but he did reference this demographic at one point, quietly asking the audience, “How old are you? What do you do for a living? Do you like your dad?” before beginning “Uncomfortably Numb,” a gorgeous and heartbreaking song from the band’s latest record.

Despite the lachrymosity of the themes explored on LP3, the full-circle nature of the show’s existence and the crisp, wondrous instrumental arrangements the band brought to its performance provoked joyous reactions to nearly every number. American Football could have easily exploited fan nostalgia (more ruthlessly, at least) by putting on a one-dimensional cash-grab reunion run. This wasn’t that. 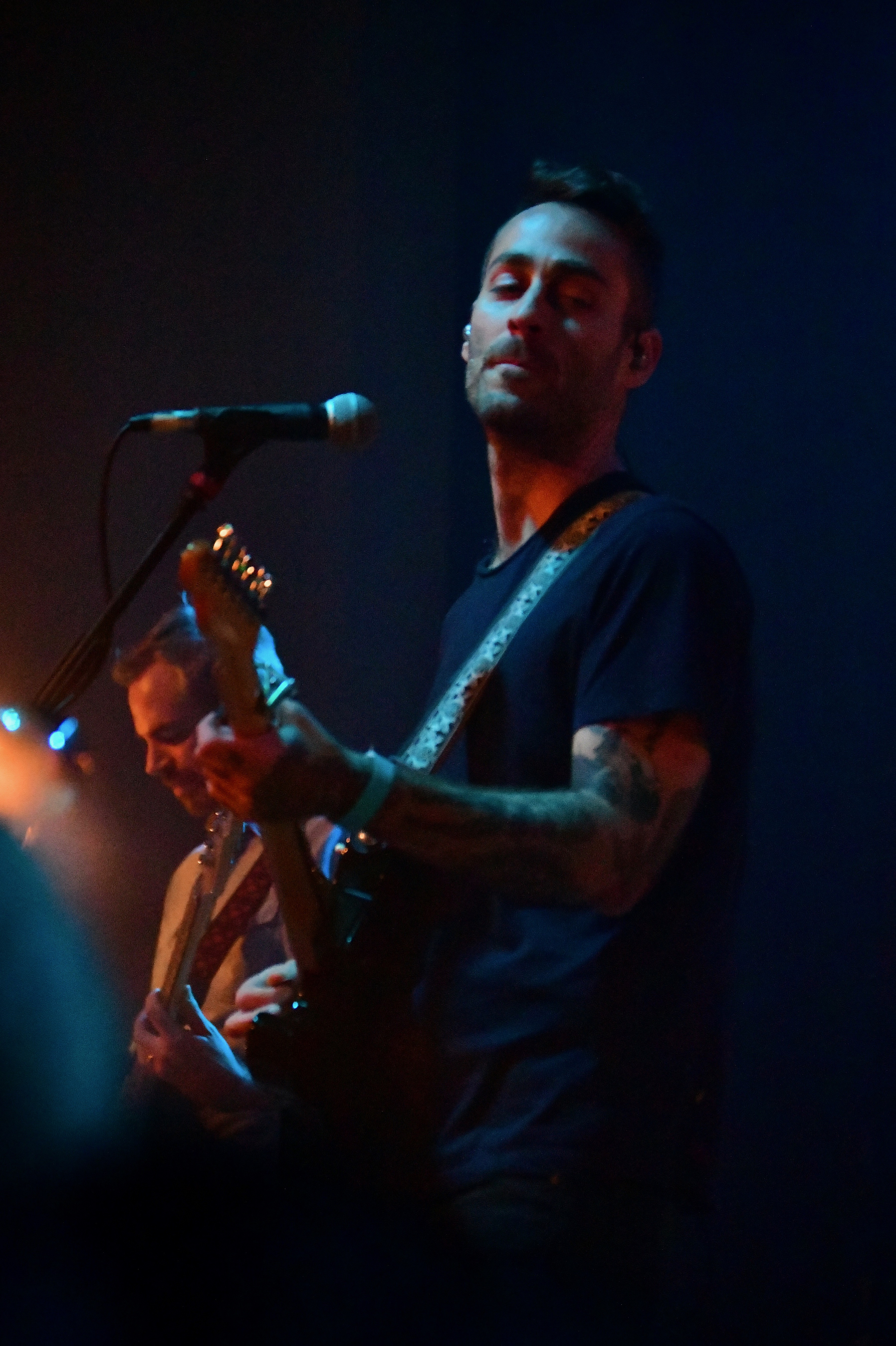 The two decades that have passed since the band’s heyday have added more maturity and certainty to almost every aspect of the songs. Kinsella’s voice is fuller and smoother now. A vibraphone and other pieces of percussion both helped recreate the lush, pulsating moments on LP3 and added new depth to older songs (roughly half of American Football’s cult-classic debut was played). (Let it be noted that this successful and spellbinding integration of bright, malleted percussion is a testament to the power of The Appleseed Cast, which went that direction early in the aughts.)

The use of trumpet on the first album has long been adored by fans and emulated by other bands. It could easily have been bastardized on subsequent releases, but the set’s second song, “Every Wave To Ever Rise,” featured the horn, played by drummer Steve Lamos, sounding like a distant, haunting siren after some light pedal manipulation. Like everything else the band presented on Friday night, this moment was smarter than simply replicating a beloved item of the past.

The band’s 80-minute performance culminated with the iconic album-opener “Never Meant.” Fans rejoiced at the song’s mathy guitar exposition, leading to light levels of happy, dorky dancing. One fan bravely grabbed the tambourine Kinsella had left sitting on the stage and shook it through one of the song’s bridges. It looked as though the kid might explode with joyful tears at its conclusion. A lot of us in the crowd felt a similar way. 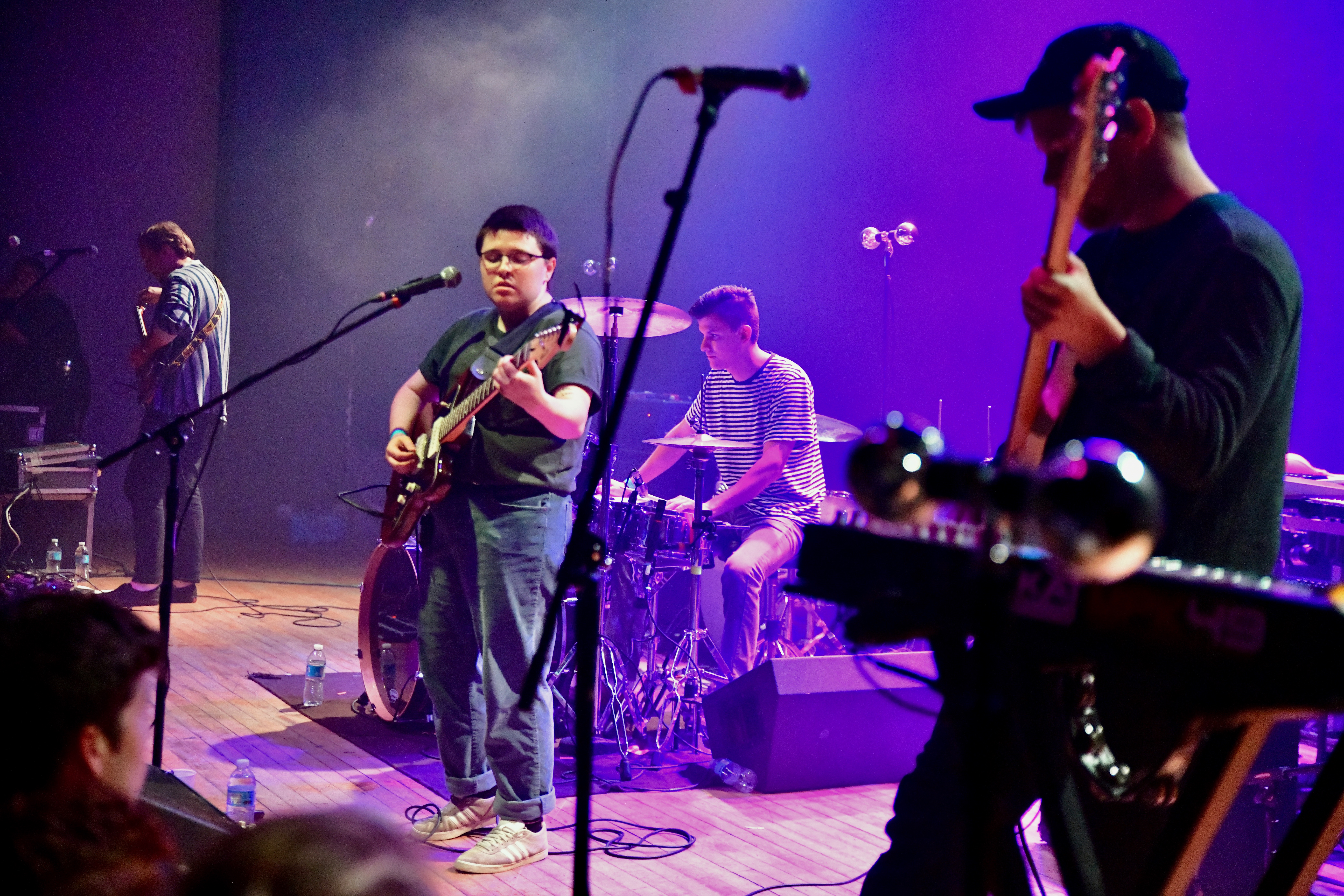 Two young bands, Kansas City’s Mess and Madison’s Disq, were chosen to join American Football on shows in Lawrence and St. Louis leading up to its Riot Fest appearance on Sunday. Mess gave one of its most confident and calculated performances I’ve seen yet. The band’s post-rock-inspired brand of emo fit the bill especially well, considering American Football’s recent use of more atmospheric sounds. The ultra-quiet “Body Parts,” from the band’s debut LP, Learning How To Talk, commanded the room’s attention in a way few other local acts are capable of. 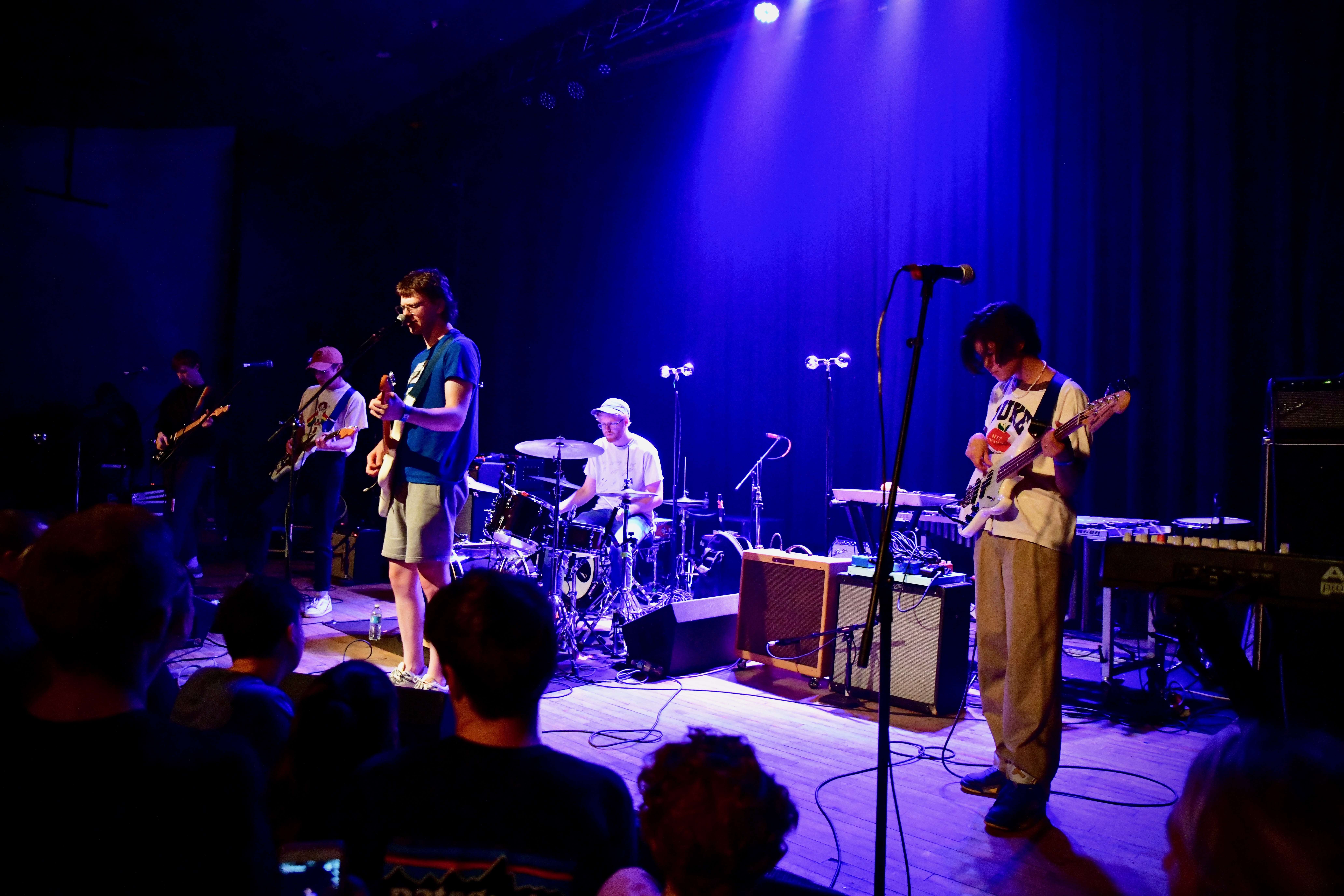 The music of Disq is tough to place. Some songs pull heavily from the slacker rock of the nineties, while others float nebulously between Midwest emo and modern indie rock. The band’s closing song was a nondescript heavy rock song (at times grunge-y, at others doom-y) that featured a shrieked hook of “I wanna die!” and some very sick guitarmonies. The band jams hard, writes catchy melodies, and keeps a youthful sense of humor.